With California cannabis legalization taking place, Charlo Greene shares her message, not to be made an example of. She suggests not making yourself a target when it comes to the gray parts of the regulations. She thinks we should take Jeff Sessions threats seriously, and knows from watching other states that legalization can make it not worth the cost of doing business. 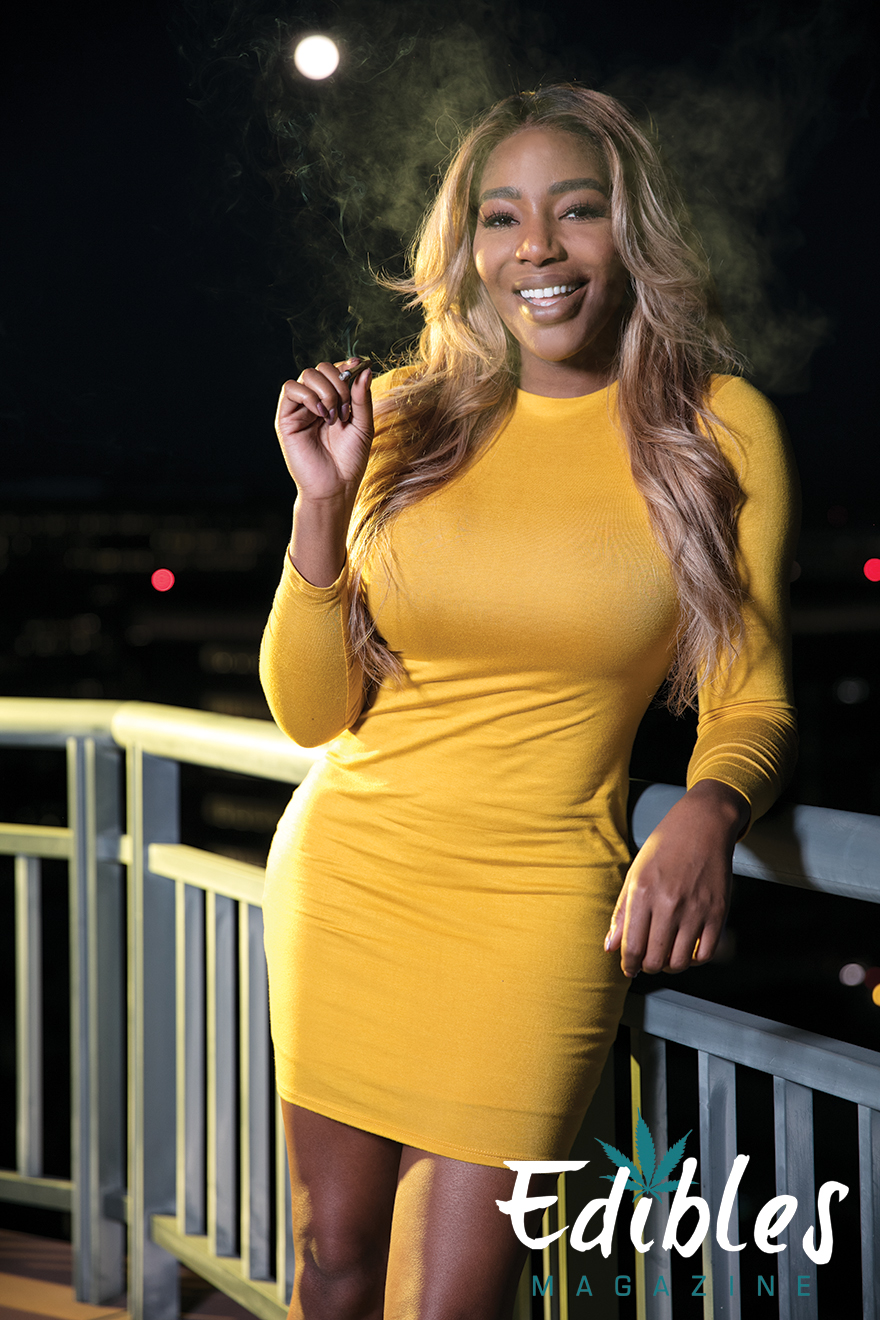 Charlo Greene is notorious in the cannabis industry for quitting her job in a way so many of us want to, using language no one will ever forget. “Fuck it, I Quit! She’s been persecuted and appreciated ever since.

In 2014, Greene was a news anchor on a KTVA station in Anchorage Alaska. As a journalist she was held to a higher standard of professionalism, that is why she was fully aware by lighting up a joint live on air on an interview with Huffington Post, it was going to be the beginning of a new, “green” chapter in her life. Greene said she felt a “responsibility to the community” to offer a dissenting voice from Alaska’s “Vote No On 2” campaign, which sought to defeat a ballot measure to legalize marijuana, and ensure “their fear-mongering wasn’t going to be broadcast as fact.”

Tired of the false representation, Greene decided to go against the grain and point out the poor vetting process being conducted with cannabis related stories. Noticing they never would say anything positive on air about the cannabis plant. This fueled her to spark up and say, “Fuck it, I Quit!” 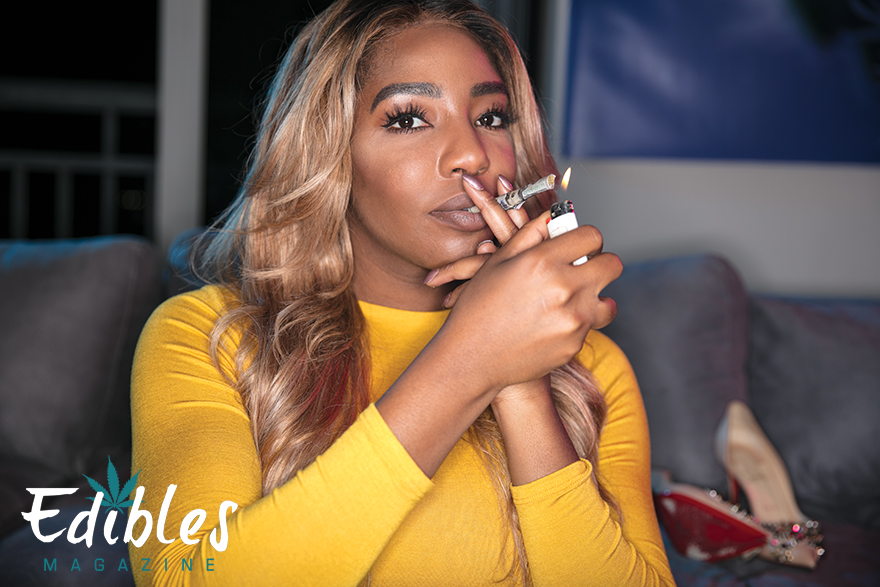 As Owner of the Alaska Cannabis Club, a social club where you could come to share medicine, because at the time there were no laws in place for medical marijuana, Greene was fully aware just by saying she was an owner she would have been fired, so she decided to take action and go down in a flame of glory.

After her interview, those four words spread like wildfire, attracting attention around the world. But that decision did not come without consequences. Immediately following her walking off air, she was arrested by The Alaska State Police Department for “misconduct involving a controlled substance.” The police came into her club and confiscated everything. Charlo recalled that on the first day police raided the club, an actual murder had occurred only two blocks away that same morning, just 3 hours before the police arrived at her home, making the priorities of the authorities seem highly questionable. 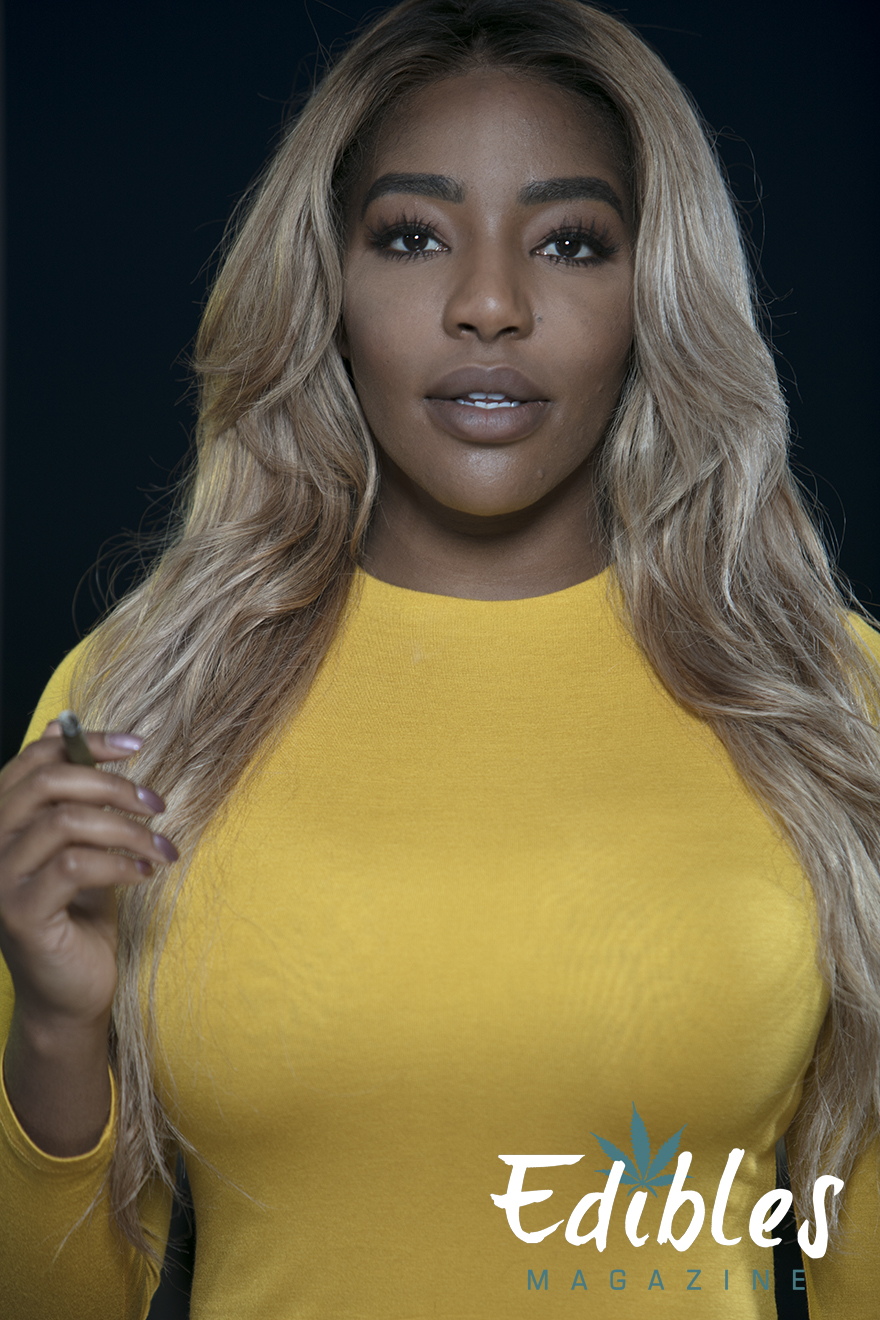 “More than a dozen officers spent the whole day going through my belongings. Two years later, that murder is still unsolved.”

Her case is still ongoing, so she flies back for court appearances only, and otherwise she wants nothing to do with Alaska after what happened. What seems to be the most hypocritical move of all, is eight months after her arrest Alaska voted to legalize cannabis, and has legal shops open now today. When asked what she thinks about Jeff Sessions repeal of the Cole Memo, she said, “I would take him seriously.”

The ongoing lawsuit and becoming a target of a police investigation has tamed her rebellious spirit when it comes to speaking out about the Feds and their stance on cannabis.

Would she do it again?

For the police to want to drag you through the mud, it’s not worth anything that you’re doing. Charlo’s recommendation to those going through the cannabis legalization change period in California is, “Don’t be made an example of.”

“I have a biased opinion about Jeff Sessions repealing The Obama era Cole Memo because of everything I’ve been through and that I’m still going through, but I would take the guy seriously and do everything possible to minimize the risk.”

The Cole Memorandum was adopted in 2013 and is a policy of non-interference with marijuana-friendly state laws that offered protection from federal prosecution for cultivation, distribution and possession, and created a safe harbor for the cannabis industry to operate in those states. 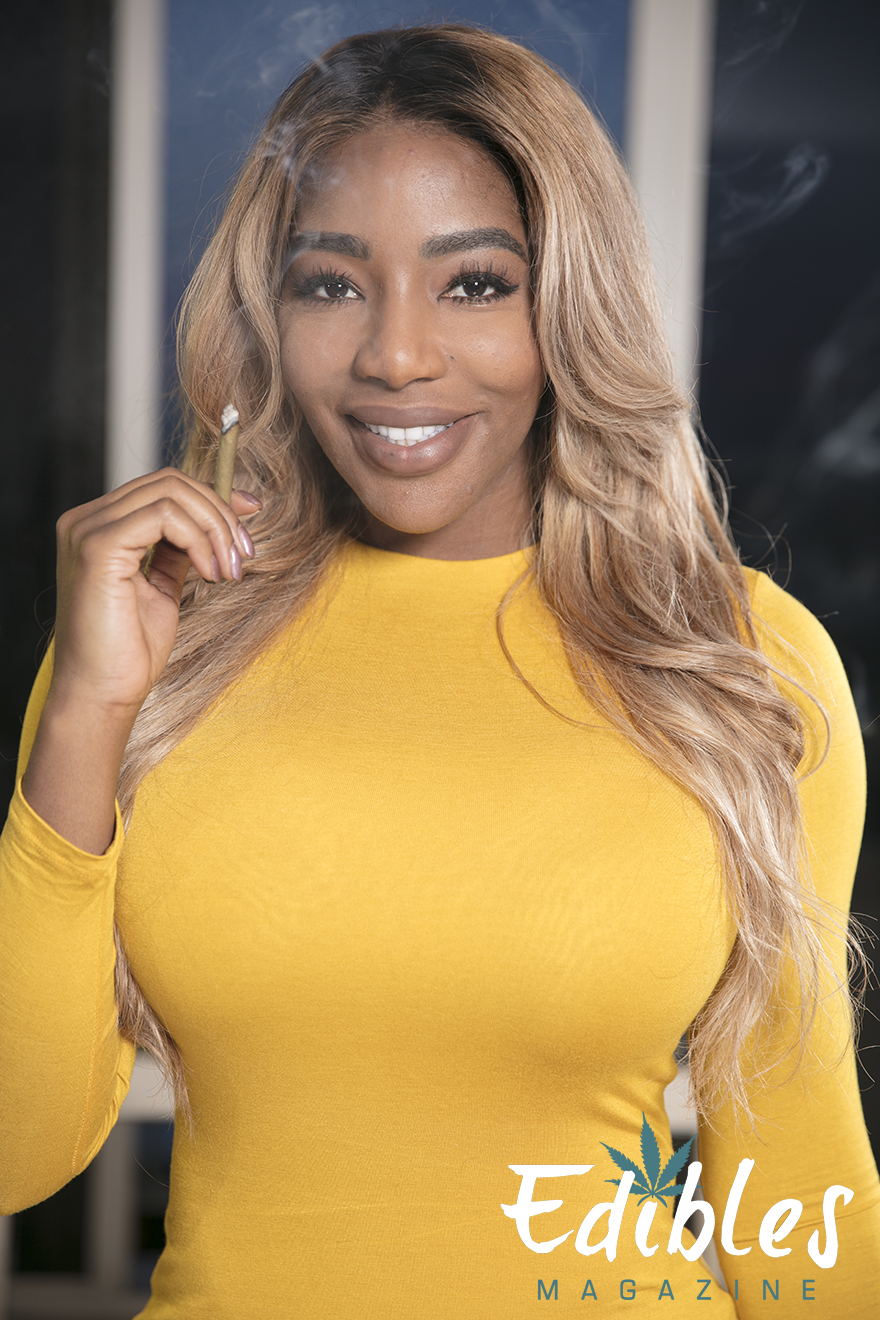 Over the last four years since her infamous, joint sparking send off. Greene has been a prominent figure in the Cannabis Community for speaking her mind, standing her ground and not being swayed by mainstream media. After her departure from KTVA, Greene opened an Indiegogo campaign to raise funds for marijuana reform, which raised over $10,000. She also worked with the Minority Cannabis Industry Association. In December 2016, Greene moved to Los Angeles, where she hosts The Weed, formerly The Weed Show. The Weed is a variety show for the cannabis community. It features news, reviews, sketches, interviews, giveaways, original audio, video, and articles.

The Edibles List team caught up with Charlo Greene at the end of January in downtown Los Angeles on the evening of the very rare Super Blue Blood Moon, the meet-up of a Blue Moon, supermoon and total lunar eclipse referred to as a “blood moon” because the moon turns a reddish color when it passes through Earth’s shadow, making it an incredibly special celestial event – so it seemed like the perfect time for us to photograph and interview such a one-of-a-kind individual. Charlo rolled some nice sized joints using Empire $100 Dollar Bill Premium Rolling Papers with organic top shelf flower donated by Janice Hardoon at the always reliable Koreatown Collective on Melrose, and enjoyed some all natural gummies from Supreme Organics. She’s also shown on the cover of this issue and in some of the photos smoking a nice blunt packed with Pharm Aide Farms Blueberry Hash Plant greenhouse grown light-deprivation buds. 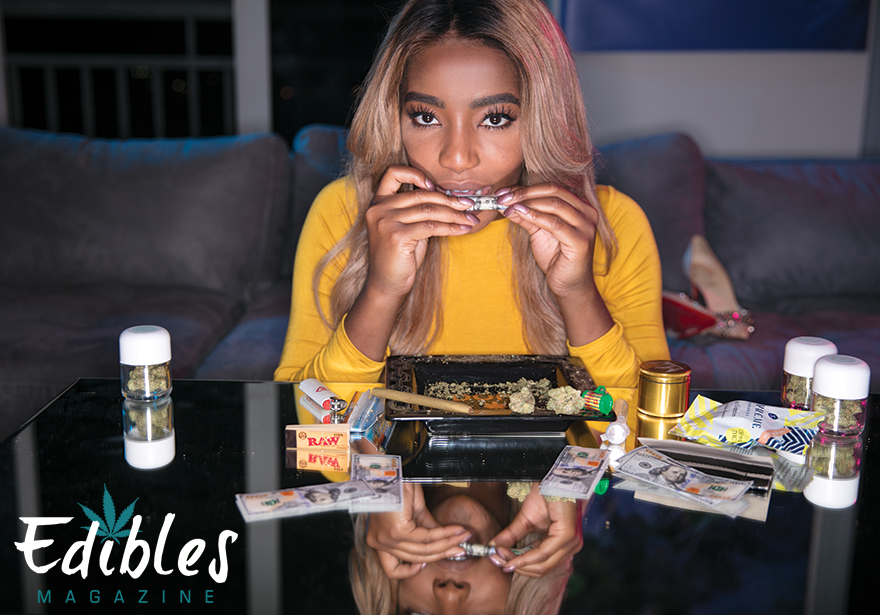 The Weed is now in its second season and features some changes. The livestream is 1-2PM on Facebook and Youtube and has a new look as well. Charlo mentioned one of the biggest changes is, “I’m smoking a LOT less now during the show, keeping the product as polished as possible and staying focused on delivering the information we’re tasked on sharing.” She mentioned that keeping up to date on the information can be a challenge, “Because it changes on a daily basis, so you never know!”

Greene has been relatively vocal on The Weed with her criticisms of Prop 64. For those not fully aware, The Adult Use of Marijuana Act is the 2016 voter initiative to legalize cannabis in California. The full name of the measure is the “Control, Regulate and Tax Adult Use of Marijuana Act”. It’s only been happening since January 1st, but so far there seems to be a fair amount of problems with how legalization is being implemented in California. Greene is more guarded now and with good reason. Unlicensed and non-compliant shops and dispensaries are at a high risk in the current climate and there seems to be a new era of rule enforcement happening within the industry. A certain amount of patience will be needed to see where we’re really headed here in the Golden State. Cannabis is now available legally to anyone over 21 years of age but the taxes make it much more expensive than before and high dose edibles are being phased out. Charlo Greene is definitely here to stay, but it’ll take time to see what the landscape she’ll be inhabiting is really going to look like once the dust settles. 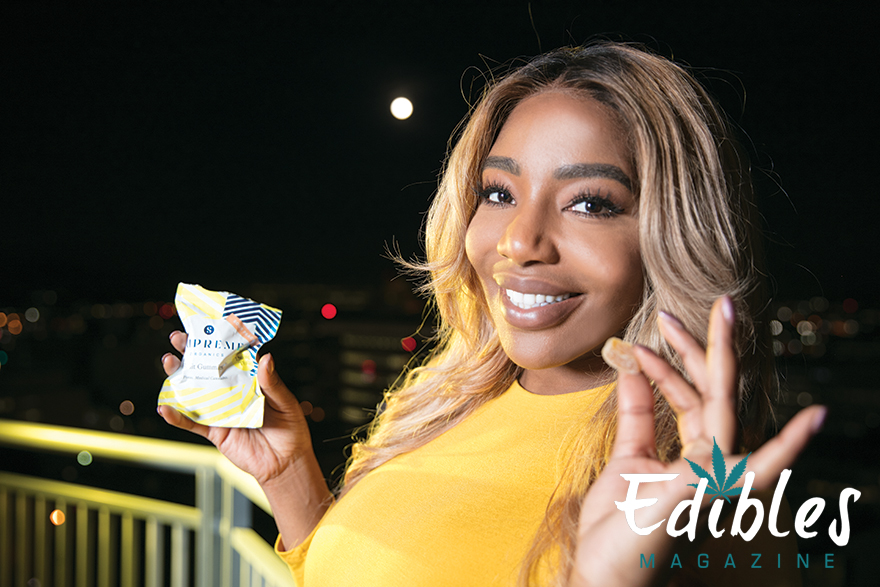 To stay caught up with everything Charlo is up to and to see what she’s doing next, go to TheWeedShow.co for new and archived episodes of The Weed with Charlo Greene.

While she might be smoking less weed on air, we thought we should mention, her joint and blunt rolling skills are superb!