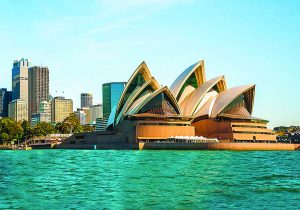 An Australian-first trial using medicinal cannabis to treat returned servicemen and women suffering from post-traumatic stress disorder (PTSD) has begun. Medical researchers are seeking 300 people to take part in the national trial, which has already attracted a lot of attention from the Australian veteran community. The study will see the individuals selected prescribed a baseline dose of cannabidiol oil, the non-psychoactive part of medicinal cannabis. The lead researcher, Dr Sharron Davis, said traditional treatments have not seen positive results treating PTSD. “It can present itself in lots of different ways, so it’s very difficult to find a treatment that is going to treat all of the symptoms of PTSD… “We have to be able to show the Therapeutic Goods Administration that these people have tried everything conventional medicine has to offer,” Dr. Davis told ABC Australia.

The Australian Defence Force is the military organisation responsible for the defence of Australia. It consists of the Royal Australian Navy, Australian Army, Royal Australian Air Force and a number of ‘tri-service’ units. The Australian Defence Force cooperates with militaries around the world. Australia’s formal military agreements include the ANZUS Alliance with the United States, the Closer Defence Program with New Zealand, the Five Power Defence Arrangements with Malaysia, Singapore, New Zealand and the United Kingdom, and the ABCA Armies Standardisation Program with the United States, the United Kingdom, Canada and New Zealand. Australia has a very large veteran population, many of whom have PTSD and would most likely benefit greatly from medicinal cannabis.

The project is being carried out in conjunction with Bod Australia, a global health and wellness business. Bod Australia recently developed a CBD wafer that achieved faster absorption rates than in oil form. In addition to the CBD, THC has also shown some good results treating PTSD in veterans as well. CBD and THC are capable of helping treat people suffering from PTSD by improving the endocannabinoid system’s mediation of essential functions including memory consolidation and retrieval. By activating CB1 and CB2 receptors located throughout this core system, cannabinoids could prompt the system to produce neurotransmitters that helps promote happiness, pleasure, and memory. According to a new study conducted by NYU Langone Medical Center, “People suffering from PTSD have much lower levels of a neurotransmitter called anandamide than others. Anandamide is one of the body’s primary endocannabinoids, meaning natural cannabinoids produced by the body. These operate in a similar way to cannabis by stimulating the endocannabinoid system, which is responsible for core functions such as mood, happiness, fear, and anxiety.” Maybe if the CBD trials go well they’ll incorporate THC into the mix soon.