Aurora Cannabis (ACB.TO) (OTCQX:ACBFF) is the 3rd largest Canadian cannabis company by enterprise value and the 2nd largest by production capacity and supply agreements. Aurora took an 18% stake in The Green Organic Dutchman (OTCQX:TGODF) in January, acquired CanniMed in March, and acquired MedReleaf in July. The latter of the two deals were the largest cannabis deals of their kind when they were made. Aurora rose very heavily on September 17th based on rumors of making a deal with Coca-Cola (KO). That deal is quite likely to have a really big impact on Aurora’s share prices. Shares could also rise even more if the right deal is announced: Canopy Growth (CGC) rose over 30% on August 15th after the Constellation (STZ) deal. In terms of over all value, Aurora occupies a middle ground in between the relatively inexpensive Aphria (OTCQB:APHQF) and Hexo (OTCPK:HYYDF) and the fairly high premium valuations of Tilray (TLRY), Canopy Growth, and Cronos (CRON).

Stoney Spinach Soup will warm the soul and give you a deliciously healthy high. 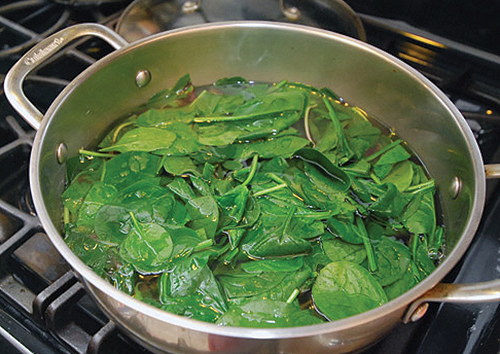 Directions:
In a 2- to 3-quart pan over medium-high heat, stir onion and garlic in extra-virgin cannabis olive oil until onion is barely limp, 2 to 3 minutes. Add spinach leaves and stir just until wilted, about 1 minute. Add vegetable stock, or use canned broth. Purée mixture, one half at a time, in a blender (hold top down with a towel). Return to pan and bring to a simmer. Add sea or kosher salt and pepper to taste.