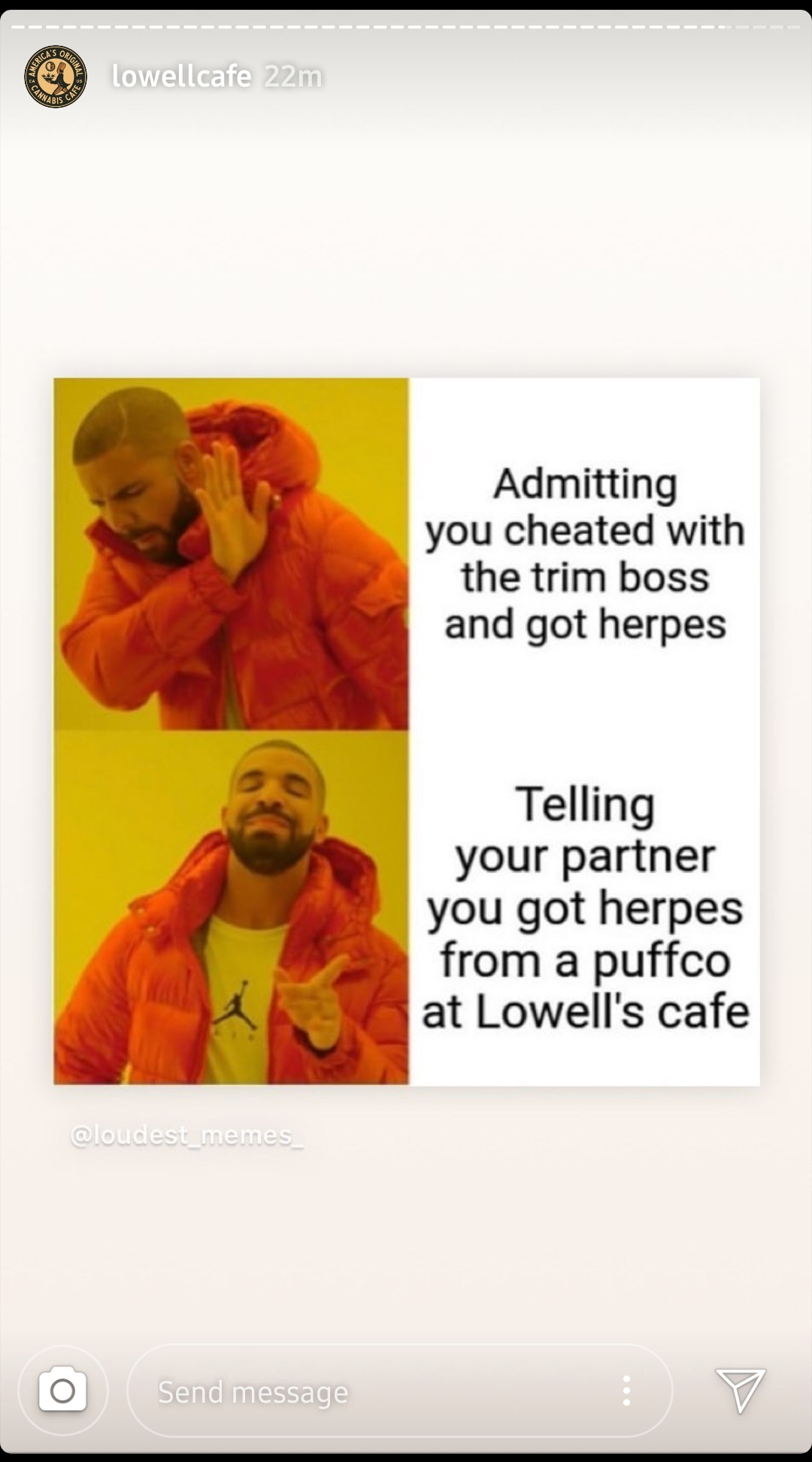 The first social cannabis consumption lounge that opened in California is now facing several lawsuits, two from state regulatory authorities and one from a patron who claims the lounge gave her herpes.

The cannabis lounge Lowell Cafe opened in October of 2019 and became the first nationally-recognized cannabis consumption restaurant. In less than two months from their open date, they have changed their name to Original Cannabis Cafe, in order to distance themselves from these lawsuits.

California Attorney General Xavier Becerra filed suit against Lowell Herb Co., its CEO David Elias, and co-owner Brett Myers Vapnek, for allegedly engaging in commercial cannabis activity without a license. The new suit raises questions about the group’s future, as well as its past contributions to the Original Cannabis Cafe.

Separate of the state of California’s accusations that Lowell Herb Co. has been diverting or distributing illegal unlicensed cannabis products, the cannabis cafe is being accused of unsanitary conditions in giving a patron herpes in November of 2019.

Last month, in December the cafe had an underwhelming 3 star rating on Yelp, and that’s with less than two months of operations. This month, January 2020, with the name change in place, their Yelp rating went up to 3.5 stars. If you go through the reviews and read them, there is an overwhelming amount of complaints of bad service, inflated pricing, high budtenders/waiters that really don’t seem to care at all and bad food.

December 1st, the official name change took place and the restaurant made a statement to Eater LA distancing themselves and ending the “corporate sponsor” partnership with Lowell Herb Co. they originally launched with.

No major news outlet has covered the herpes outbreak scandal, except for what has been posted on Reddit, theBlastList.xyz and Imgur.

The customer claims that on November 1st she went to Lowell Cafe and paid $30 to rent a PuffCo vaporizer to use with her own cannabis flower. It took 5 different vaporizers to find a PuffCo that worked, and each time she noticed the vaporizer was never sanitized. She writes that she never once received any alcohol, wipes, or cleansing pads. She said she noticed the manager had an oral herpes outbreak on his mouth. Two days later she had an infection of cold sores in her mouth that caused feverish symptoms. She says she now has herpes when she did not previously have the virus.

In addition to her pain and suffering, she claims that the managerial staff at Lowell Cafe (now @OGCannabisCafe), was rude and dismissive. At first, they seemed to care and replied to her initial email about it, saying they take this matter seriously. Then they went dark and never replied, only to find that @lowellcafe posted on their instagram a meme in very poor taste as a response.

It’s unclear if her lawsuit will remain against Original Cannabis Cafe or Lowell Herb Co., but these types of lawsuits are not only bad for business, as they add up, they have the potential to put both companies out of business.

If it wasn’t bad enough in the California cannabis industry, where major players are going under and giving up because they can’t operate due to the multi-stage taxation system that prevents profitability, making every licensed cannabis company upside down financially… The most litigious state on the planet will make this cannabis company and all other early adopters go belly up, unless their pockets are deep enough to hang on and survive.