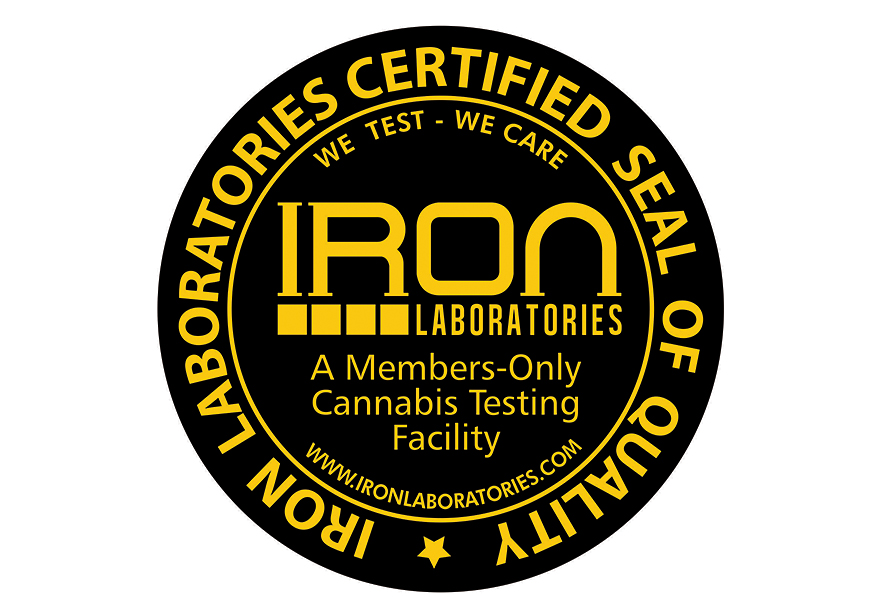 Iron Labs is located in both Oregon and Michigan. For everyone out there looking to gain some insight on cannabis lab testing, this Q & A should bring to light some helpful information.

Q. Tell us how you first got involved with cannabis lab testing and the history of Iron Laboratories.

A. I was looking for opportunity to enter the burgeoning medical cannabis industry in 2010. I noticed at that time there were not for the most part any quality assurance or safety standards. In fact, there were not even any regulations in place for the safety of medical cannabis patients. As an industry, if we wanted to call this powerful plant a medicine, then it should be treated as a medicine. As I told anyone that would listen back then “would you ever take a medicine without knowing what you were putting in your body?” In March of 2011 we launched IRON Laboratories in Walled Lake, MI, becoming one of the first cannabis testing labs in Michigan. We wanted to create the framework for self-regulation in the medical cannabis industry!

Q. Who is the main scientist? And what was his/her background?

A. All of the scientists at IRON Laboratories hold degrees in chemistry, bio-chemistry or a field of biology. Between our Michigan lab and our Eugene, OR lab we have Seven scientists. Joe Rutkowski, Mac Hyman, Jon Markey, Kadar Gelinas, Brett Israels, Claire Moore, and Brent Leighton. Each scientist is critical in the development of standards that are used at IRON Laboratories.

Q. What sets your lab apart from the competitors?

A. Iron Labs has accumulated a massive amount of collective experience, from the 70,000 samples we’ve analyzed in the five years we’ve been open, to the intimate knowledge of cannabis held by our staff from years of working with the plant. In addition to this, Iron Labs has been an ISO accredited lab since June 2015. The accreditation of our lab brings a new level of accountability and transparency to the testing community, which we are proud to support.

Q. What kind of testing do you use? (liquid or gas chromatography?)

A. For our potency testing, we employ both liquid and gas chromatography, but we also often employ mass spectrometry when quantifying small residue or volatile compounds.

Q. Please explain what liquid and gas chromatography are and what the difference is.

Q. What kind of testing do you do for edibles?

A. Tetrahydrocannabinolic Acid (THCA) is found in abundance in growing and harvested cannabis and is a biosynthetic precursor of Tetrahydrocannabinol (THC). THCA is considered to be non-psychoactive, while THC is psychoactive. This isn’t a problem when smoking or vaping medicine, because hot temperatures will naturally decarboxylate THCA into THC. However, this is not the case with edible medicine. Edible medicine should be decarboxylated, or “activated,” before ingesting for maximum potency. THC activation is a mathematical calculation to determine what percentage of the combined THCA & THC molecules is in the activated THC form. Only liquid chromatography can measure the un-activated THCA, and thus is employed for all edible samples. We can also test edibles for many biological and chemical contaminants such as E. coli, Salmonella, molds, and solvents.
Q. What is most challenging about testing flower?
A. Cannabis flowers are fairly non-homogenous, so sampling consistency is a challenging issue, especially since our customers are providing a small sample from their harvest. We therefore have to properly sub-sample from a given sample. For these reasons, Iron Laboratories has conducted in-house research into sampling methods that provide the smallest margin of error, and we’ve developed our SOPs on the basis of these data.

Q. What is most challenging about testing edibles?

A. Many labs struggle with aspects of testing edibles such as incomplete analyte recoveries or inadequate homogenization of the sample. Iron Labs has employed specialized, ISO validated SOP’s for dealing with these difficult problems, allowing us to overcome such struggles.

Q. What is most challenging about testing concentrates?

A. Concentrates contain many contaminants that can be dangerous even at very low levels (ppm or ppb). Finding some of these compounds can be tricky if labs have not optimized their methods to fully recover these dangerous compounds.

A. We are not doctors and are in no way saying something is healthy for you or not healthy for you. As experts at analyzing cannabis, we can only measure the amounts of compounds in a product and report our findings as accurately as possible. When reporting residual solvents in a cannabis product we utilize an expanded United States Pharmacopoeia (USP) standard method and report the amounts of harmful solvents remaining in the product. If a cannabis product contains more than a certain amount, the sample is considered to contain too much residual solvent and it would not pass our test according to USP <467>. In this method the acceptable levels for these solvents were established by evaluating toxicological information for many laboratory and commercial solvents.
In method USP <467> Class 1 solvents are solvents which are considered highly carcinogenic and this includes Benzene, Carbon tetrachloride, Dichloroethane, and Dichloroethene. The method goes on to further classify some 60 solvents which may be harmful if consumed, however these Class 2 and Class 3 compounds are classified by their decreasing order of toxicity to humans. Butane while not listed in the original USP <467>, a standard method for measuring residual solvents in the Food and Drug industry, is quantitated and reported in the Iron Laboratories’ expanded USP <467> method. Butane however, by its chemical classification would fall into the Class 3, less toxic Compounds for which the acceptable limit of residual solvent in a product would be 5000 ppm (parts per million) or 0.5%. Even the acceptable levels of Class 1 solvents are well above the parts per billion level at 2 ppm or greater. In fact, under this method toxic levels are determined with the assumption you are consuming 10 grams of this substance a day! While most people I know would have a hard time eating one gram, we think it’s better to err on the side of caution. Pass or fail, we report the amount we find, so patients and caregivers can make educated decisions about which medicines they use.

Q. What are the differences between Co2 and BHO testing?

Q. How do you ensure a solid baseline for consistent testing that eliminates any variables?

A. All of the samples tested by Iron Labs are prepared for testing under regulated and controlled conditions, which are rigorously documented in accordance with our ISO accreditation.

Q. What is your margin of accuracy and how is that determined?

A. We have a 5% relative uncertainty associated with every sample, meaning we have a 95% margin of accuracy. We have confirmed this through various proficiency tests that compare blind tests between numerous laboratories.

Q. Explain to our readers why you may get varying test results from different laboratories when sending out the same sample for blind testing.

A. Even when sample variance is accounted for, some labs may produce different numbers than other labs. This may be attributed to the different instruments used to analyze the sample, the different certified reference materials (standards) used to calibrate with, or any errors produced by the technician during the analysis. Iron Labs avoids these problems by using multiple machines to cross reference results, by comparing standards from multiple suppliers to confirm the quality assurance of the batch, and by regulating and controlling the environment where all standards and samples are prepared to reduce technician error.

Q. How do you think cannabis testing will change over the next decade?

A. That’s a tricky question. I believe the white elephant in the room is the rescheduling of cannabis. As most of your readers know, the federal government currently lists cannabis as a schedule 1 drug. In their eyes, it’s every bit as dangerous as heroin! In addition to that, the government believes that cannabis has zero medicinal value. As a consequence, there is limited medical research on cannabis in the U.S. Then there are the new states that are coming on board with medical programs such as New York and Illinois that have overly burdensome regulations on the type of patients that qualify for their medical programs and the strict regulations on the testing of cannabis. Other states like Oregon have a sensible approach to testing that for the most part are fiscally within the reach of most producers. Ultimately, as the feds relax cannabis laws, you can bet that the FDA will get involved. This will be the big game changer!

Q. What are the price of your tests?

A. IRON Laboratories is a members only cannabis testing facility. We have a couple of different membership programs designed to fit the needs of either large scale growers or individuals. We offer a full array of tests from potency to pesticides. Pricing can be found by going to www.ironlaboratories.com

Q. Are you able to test CBD water?

A. Yes, Iron labs can test any product for its cannabinoid content, and have tested many different aqueous drinks successfully.

A. What I would like to say to your readers is that IRON Laboratories refuses to be complacent! Whether you are an individual patient are a large scale producer of edibles, we treat you both equally as if you were our only client. You have our word that we will continue to strive to be the best cannabis testing lab in the industry.