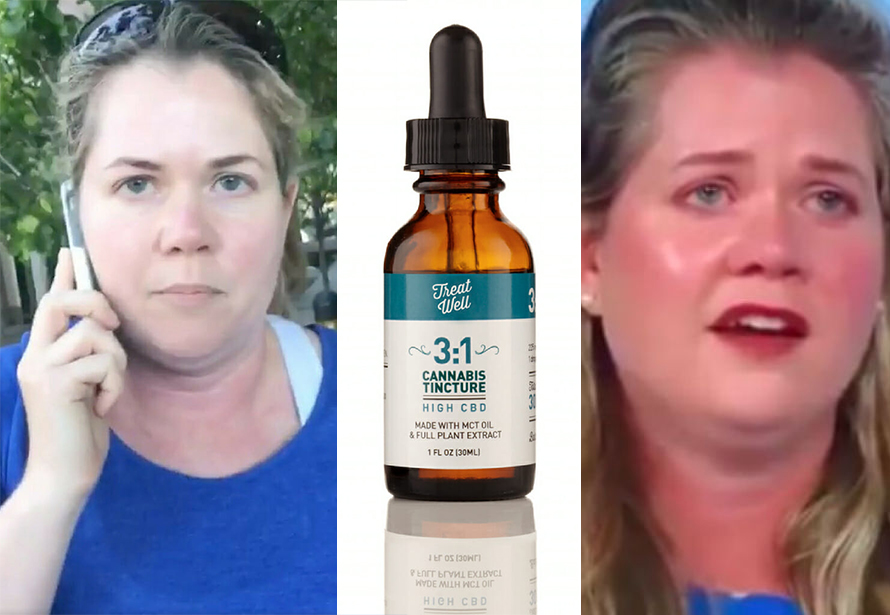 I woke up on a Saturday morning (June 23rd to be exact), to find #permitpatty trending on Twitter, only to realize the video of the women being dubbed a racist was Alison Ettel (former) CEO of Treatwell Health. Treatwell Health had been featured on our website and in our magazine in 2015. Twitter trolls demanded we take the 3 year old article down, (at the time it was the first thing that showed up when you searched Google for Alison Ettel). Saturday afternoon rolled around with hateful phone calls to our office line about having written an article about such a person, (said with more expletives). The photo we took of her got pulled and used several times over for videos and memes calling her out.

We briefly took the company profile written about Treatwell Health and Alison Ettel down (and got chastised for that by Treatwell supporters), while we wrote a disclaimer stating the facts of the incident in San Francisco. Alison Ettel was filmed calling the cops on an 8 year old bi-racial girl selling cold water on a hot day blocks from AT&T Park on game day. The incident occurred on a Friday, the cousin of the little girl posted the video the mother took on social media and the news spread like wildfire. Black twitter was in an uproar and found her name, address, phone and email within hours of the video being posted. Immediately, Twitter commenters called her even more privileged for working in the cannabis industry specializing in dog edibles, then calling for a boycott of her products.

Treatwell Health’s website went down, presumably to stop the screenshots and constant hate mail. The video showed Alison on the phone, then ducking behind a retaining wall when she sees she’s being filmed. There is no video of before the incident escalating before Alison calls the cops. I watched the video and thought, “There’s got to be something else to this picture. But even in the worst case scenario there had to be a better way to handle that situation.”

In the video, you can see Alison on her phone, but she ducks out of frame when she sees that the girl’s mother is recording her.

The mother of the little girl can be heard saying, “She’s calling the police on an 8-year-old girl.”

She continues, “This woman don’t want a little girl to sell some water.”

“Don’t hide. The whole world’s gonna see you, boo,” the mother said after Alison ducks down behind the retaining wall.

Alison replies, “Ya, um, illegally selling water without a permit.”

Mother says, “On my property.”

Alison replies, “ It’s not your property!”

Alison then goes on the ABC Bay Area morning news the following Monday to reply to the negative press, balling tears, with a story that says she did ask them to be quiet, claiming she didn’t actually call the cops, she was calling building security. The press and social media then continues to pick up the story, inflaming the racial issue of white people calling the cops on black citizens doing normal and harmless things. Maybe Alison missed the memo about #BBQBecky in neighboring Oakland, where a white woman called the cops for a group of black friends barbecuing (legally) at Lake Merritt. BBQBecky ended up losing her job after the public humiliation and backlash. #PermitPatty becomes the official moniker in which the press now refers to Alison.

The mother and little girl tell the press they were raising money to help pay for a trip to Disneyland that got stalled because her mom lost her job. They end up receiving a trip to Disneyland paid for by a musician on Twitter, on a private jet paid for by actor James Woods. Many social media spectators, including ourselves, couldn’t understand why Alison couldn’t relate to the entrepreneurial spirit of the little girl. I commend the girl for selling water, it’s important to stay hydrated (especially if you consume a lot of cannabis). Water is the number one solution to cottonmouth; another reason Alison was labeled a hater and hypocrite.

From the first cannabis cup I ever attended, I saw the need for the having water available at large events, so I really support what the little girl was doing. We don’t have the evidence to ascertain how loud she may have been shouting, “Cold Water, $2.” But, let’s be real, I lived in the heart of San Francisco for nearly a decade, and it’s loud during the day, especially on game day South of Market.

When I lived there, on the weekends, a man on a motorcycle, without a muffler and playng music, would tour the city with his dog riding on his bike, barking his heart out for an hour straight, with the sounds of his motorcycle booming along with the dog’s constant barks in the city’s echo chamber. There was no way to drown it out, and who would you complain to about something like that? Was it hilarious from an animal lover’s perspective? Absolutely.
On Wednesday, Alison resurfaces granting an interview with news outlet CNN attempting to salvage her reputation. By then, 6 dispensaries, a documentary and other cannabis related businesses publicly denounced Alison Ettel and her entire line of Treatwell Health products.

The CNN piece shows a noticeable difference in the dwelling Alison lives in as opposed to where the mother and daughter duo are living. Alison has a spacious well-lit home, with very high ceilings, and what appears to be a view that seemed high up enough off the ground that any noise could have been drowned out by closing the windows. The mother-daughter duo seem to be living in a studio with a bed in the living room next to the couch with no bed frame and a tiny galley kitchen. The girl said she has lived in that building her entire life, 8 years.

Thursday, Alison resigns publicly as CEO from Treatwell Health, via a new agent allocated to handle her press inquiries, after the mother of the girl spends the week claiming that Alison called the cops because she must have wanted SFPD to murder her child since that’s the only thing she believes cops do based on what she’s seen.

While we know Alison, and we know that she is not a racist, watching all this transpire, and being dragged into it, we had so many questions.

How could Alison never have seen this family in the time she lived there? Why didn’t she just close the window? Why didn’t she put headphones in? Why doesn’t she have air conditioning or a window unit? Turn on a fan? Why did she call the cops? Seriously, don’t get it. Doesn’t she understand the cops have better things to do? Why did she stand there to be filmed while calling the cops? Why didn’t she ask nicer? Kill them with kindness? Why not offer to buy all of her water to make her quit for the day? Doesn’t she know that being white calling the cops on black people for something harmless is going to look bad and backfire… much less a child? Couldn’t she see that if they needed to sell water on the street (without a permit) that they probably needed the money and that they were in a less fortunate position than her?

I used to use Treatwell Health for my dogs, I truly believed in the quality and consistency in her products. I waited to write this article, so we could get a full grasp and understanding of all the facts, and we felt that in the week it happened, all the facts hadn’t been revealed yet. I had hoped that there was some piece of information the public was missing that would exonerate Alison.
Lo and behold, Friday of that week, news outlets release the actual 911 call recording, where you can hear Alison telling emergency services there is a person selling water without a permit. The dispatch takes a notable pause, “Uh, ok”. The recording disconnects, and it is unclear if she hung up or got presumably transfers her to a non-emergency police line.

I wanted so bad to be able to still use her products and support her company, but after the 911 call got released, it sadly ensured she lost all credibility whatsoever. It’s not a great idea to go on national television and lie to the world like that when there’s recorded evidence laying around to come bite you in the ass later. I thought that Alison was my friend at one point in time, but when I look back to my last interaction with her last year, when I told her I was having a hardship and looking for new investors, she told me to give up, instead of encouraging me to persevere. That’s not what a friend would say in challenging times.

I find the moral of the story to be the golden rule, treat others how you want to be treated. Be sensitive to others. We can understand that it’s the epitome of stress and anxiety in the cannabis industry right now, but that doesn’t give anyone the right to take out their stress on someone else. It saddens me to see how some people have digressed to interacting in person like it’s a 140 character troll like cut down everywhere they go.

We live in a world that is a community, a society that works together. We must accept sometimes that we have limited control in the outside world, but we do have control over our immediate universe. We must also learn to be more accepting of each other in general. With social media faster than the 24 hour news cycle, and every person armed with a video camera, if you do something awful people are going to call you out on it.

Also, let’s face it, white privilege is alive and well. We don’t need another #PoolPatrolPaul or white girls calling the cops on black students at Yale for sleeping in the dorms, or white people calling the cops on black kids for wearing socks in the pool. The cops have better things to do than break up civil disputes. Think before you react. This comes to be a cautionary tale of a woman who lost her established cannabis business and reputation. It’s the first time we’ve seen a cannabis company in the news and social media being torn down, and so quickly.