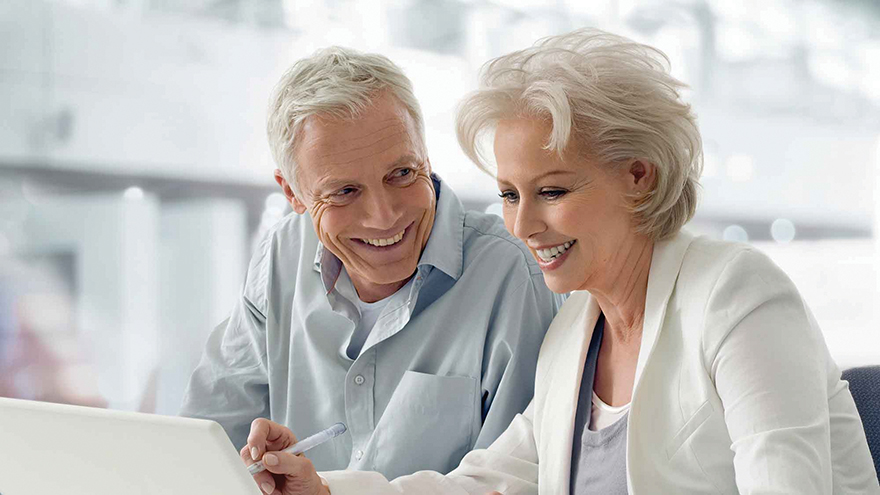 Cannabis use is growing among nearly every age group in America. Seniors, however, have become one of the fastest-growing populations of new (or returning) users in the industry. Baby boomers—those born between 1946 and 1964—are no strangers to the cannabis plant. They’ve been rolling joints and getting high since the 1960s and 1970s. But their interest in the herb waned over time. As members of this generation enter their golden years, more are reaching for cannabis again. The increase in cannabis use among the middle aged and older is significant, according to new research published in the journal of Drug and Alcohol Dependence. The data show that use among adults ages 50 through 64 doubled from 4.5 percent to 9 percent in the decade between 2006 and 2016. Nearly 3 percent of Americans aged 65 and older reported trying cannabis at least once in the last year—up from .04 percent in 2006, according to a report on the study by Science Daily.

The fact that aging Americans are drawn to cannabis is unsurprising; baby boomers in particular have a long history with it. In fact, at least half of participants ages 50 through 64 in the study above reported using it by age 21 or younger. However, aging populations aren’t as interested in getting high as they are the plant’s therapeutic properties. In a personal reflection published in Cannabis Now, baby boomer Allan Erickson, 62, best sums up his generation’s experience with cannabis: “While we recreated with cannabis, the government was building an anti-cannabis juggernaut… Tens of millions of us have been arrested, harassed and generally labeled as lazy couch-sitting layabouts… And somehow along the way, we’ve not just reconciled our use in spite of the cannabis bigotry so carefully nurtured by the prohibition bureaucracy, but we have also unleashed the power of cannabis medicine on a society desperate for safe and effective pain relief.”
Today, cannabis has taken on a whole new meaning, especially for baby boomers, explains Anna Maria Riedinger, the local organizer for the Central Valley chapter of Ellementa, a nationwide networking group for women interested in learning about cannabis. As with many, Riedinger’s views on cannabis have shifted over time. Cannabis was known purely as a recreational substance during her youth. The term “medical marijuana” was never used in Riedinger’s world, she said. “There was no medicinal talk about it, ever.” She first tried cannabis when she was a teen. “I grew up with teenagers in the sixties,” she said. “Of course, as I matured, then had my own children … I felt like I needed to be a good parent by demonizing [cannabis] as well.” Riedinger, now 60, said she was re-introduced to cannabis five years ago—this time, as a medicine. She has since learned to appreciate it for its therapeutic value. She uses it for arthritis, as a sleep aid and to lift her mood when needed. “Currently, I like whole-plant hemp-based tinctures,” she added. “I have one for sleep, for pain, for inflammation, and I also have an anti-depressant [tincture].”
As the local organizer for Ellementa, Riedinger hosts a monthly, educational events for women of all ages in California’s Central Valley. She has noticed that more women her age attend these events and are interested in the plant’s medicinal properties. “This generation is basically talking about the same thing—arthritis, pain, sleep, inflammation,” she added. “They’re tired of taking pills. Pills aren’t working anymore. In fact they’re causing a lot of more problems. People want alternatives.” Across the board, this is why baby boomers are turning to cannabis, Riedinger explained. The demand for alternatives comes at a time when substance abuse among older Americans is also on the rise. Aging populations are more likely than other age groups to suffer from chronic health conditions and are therefore more likely to use prescription drugs like painkillers, according to the U.S. Department of Health and Human Services. The AARP finds that “Today more than 70 million Americans ages 50 and older—four out of five older adults—suffer from at least one chronic condition.” The most common chronic health concerns among baby boomers and older populations include cancer, arthritis, osteoporosis, Alzheimer’s disease and stress, according to Scripps Health, a San Diego-based, nonprofit medical facility. More and more research shows that cannabis can effectively treat the symptoms of these conditions and more.
According to Eaze’s 2017 State of Cannabis Data Report, middle-aged and older americans are spending more on cannabis products now than in previous years, a trend that “is due to people looking for wellness and therapeutic options.” The report finds that spending on cannabis products by boomers grew 19 percent year over year, the largest increase among any generation. Generation X-ers (those born between 1965 and 1980) followed with an increase of 13 percent. According to the data report, baby boomers—now in their 50s, 60s and 70s—gravitate toward products like topicals. Boomers and Gen X-ers also lead the sales of drops and tinctures, but vapes and flower are also popular among these consumers. There’s a world of opportunity for aging Americans in the cannabis industry. More cannabis-based products and services for seniors are popping up all over the nation. There are networking groups, educational seminars, tours and dispensary services geared specifically toward patients over 50 (such as Harborside Health Center or iCANN Berkeley in the Bay Area). The baby boomer generation is one of the largest demographics in America. Every day, nearly 10,000 baby boomers turn 65, according to the Pew Research Center, which also finds that 18 percent of the U.S. population will be 65 or older by 2029. The aging of this population will have significant effects on the country … and on the cannabis industry.

For more information about cannabis and aging, visit: SafeAccessNow.org/Aging