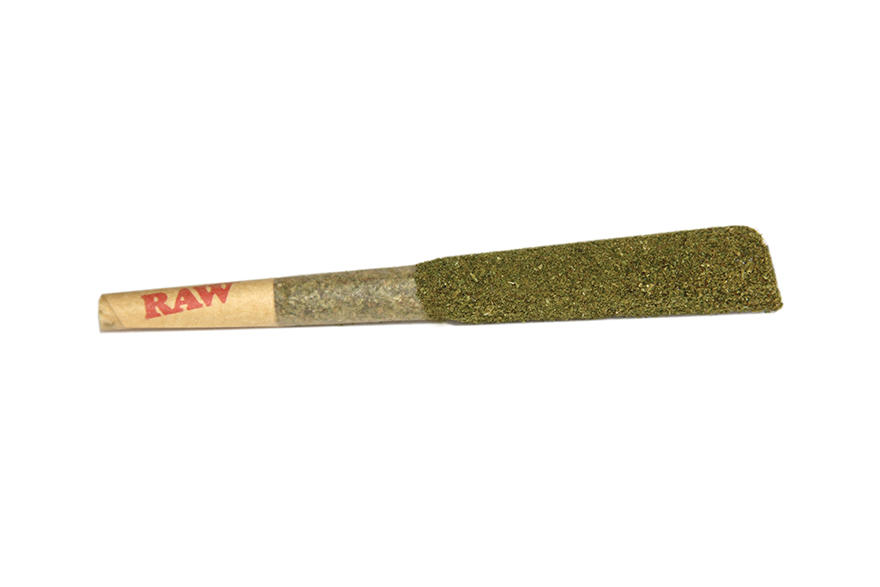 Rob Van Dam, also known as RVD and “The Whole F’cking Show,” has held multiple professional wrestling world championships as well as being voted the number one wrestler in the world and the most popular wrestler alive. Now he’s introducing a powerful new and infused pre-roll to the Oklahoma Medical Cannabis arena: The RVDTHC “Rolling Thunder” Infused Pre-Roll, named after one of his signature moves. The Rolling Thunder move goes like this: While RVD’s opponent is down on the mat, he starts on one side of the ring and rolls toward his foe. He then springs to his feet and flips onto his opponent, landing on his back. It’s a very gymnastic move that requires extreme strength, agility and flexibility.

Smoking a Rolling Thunder is an experience unto itself. It’s a lot of power packed into a smoke that takes about 10 minutes to finish, but the feeling will start hitting immediately and by the time you’re done you’ll be on the mat, metaphorically speaking. It’s an even blend of sativa and indica cannabis so the hybrid high allows you to function well despite the blissful haze you’re in.

RVD himself recommends enjoying one with a cup of coffee and watching Youtube videos about mobsters and other dimensions.