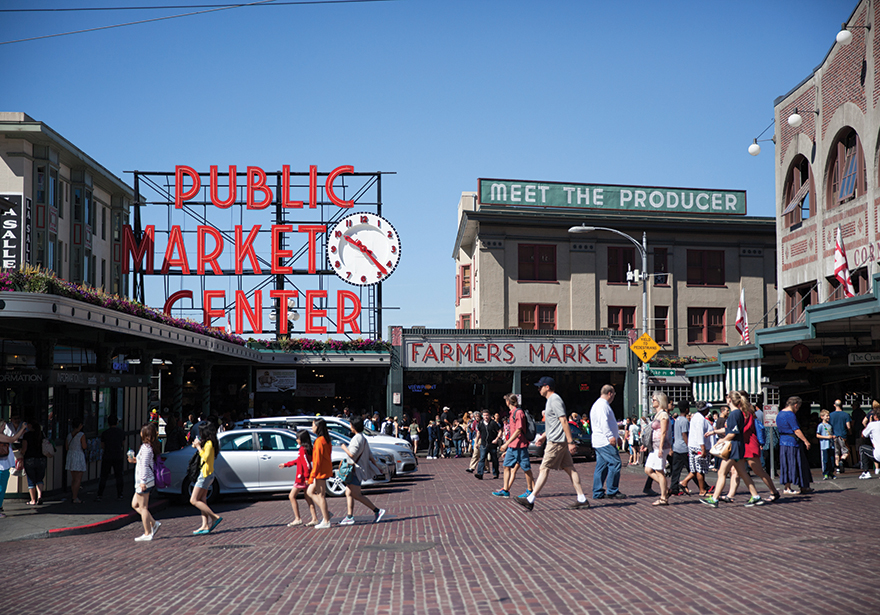 As tourists disembark from massive cruise ships docked at Pier 66 to enter Downtown Seattle, they’ll be surprised to know that the heart of the Emerald City is now home to two state-licensed cannabis shops ready and willing to serve. Herban Legends and Have a Heart, which have opened on April 20th and July 12th, respectively, are well within walking distance of the famous Pike’s Place Market and looking to make their fortune from tourist season.

Carleen Smith, one of the managers of Herban Legends expressed optimism and excitement at the prospect of selling to tourists, saying “When a cruise ship comes in, it looks like a giant hotel has been set up. We know then it’s going to be a busy day.” The Herban staff claim that 80 percent of their customers are from out of town, many of which are international travelers who were in awe being able to shop for cannabis at a regular retail-like experience.

The CEO of Have a Heart, Ryan Kunkel, also hopes to see his newly opened store in downtown make good with locals, patients and tourists thanks to new zoning rules that were signed by Mayor Ed Murray. Previously, the minimum for marijuana retailers was to be at least 500 feet to parks, child care centers, and other places where children may be present, which are still applicable to the rest of Seattle. On Jan 21st, the minimum distance for the downtown area was halved to 250 feet, which allowed Mr. Kunkel to make his expensive yet prospectively profitable investment in the construction of a new establishment. Before the rule change, Mr. Kunkel said that the investment in a new store downtown was also a risk since a dog park was within the 500 feet limit, but thanks to Mayor Murray, the risk has been mitigated.