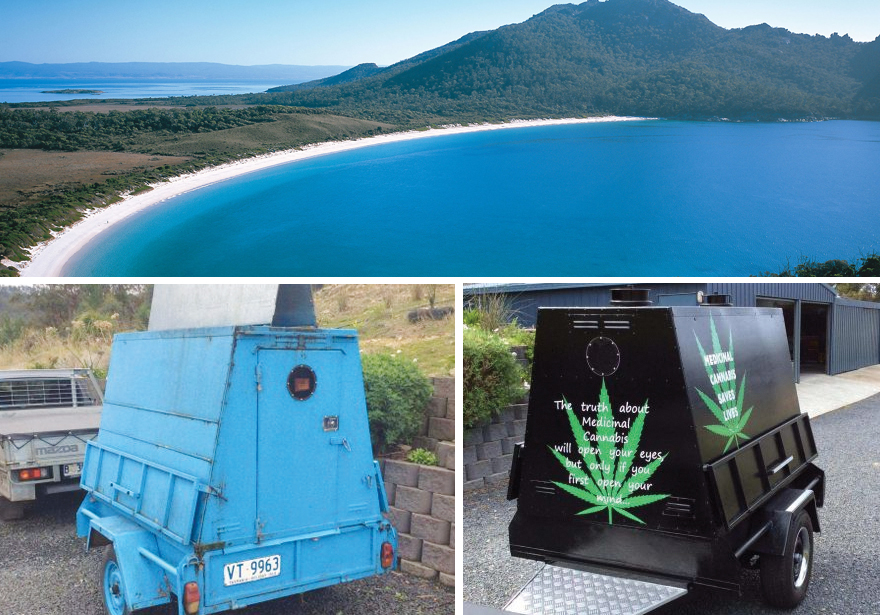 In an attempt to encourage its use, two medicinal cannabis education trailers are now operating in Tasmania, an island state of the Commonwealth of Australia. The group who organized the project is called Medicinal Cannabis and Hemp Tasmania and raised about $3,000 via crowdfunding.

Heading up the campaign is organizer Andrew Irving, who said the idea was modeled after one developed in Queensland.

“I thought we could do something like that down here,” he said.

The two trailers will travel Tasmania, delivering educational material, with people on staff available to answer questions from the general public. The trailers will be equipped with information about cannabis, its uses and legal history. They aim to dispel myths about the plant.

“One for the north, one for the south [of Tasmania] to try to help people understand cannabis better, help remove the stigma that has been attached to it since prohibition 1937, and all the misinformation that has been spread.”

The Tasmanian Government announced in April that as of 2017, they would allow certain doctors to prescribe medical cannabis for people with serious or chronic illnesses. It would be under a Controlled Access Scheme.

Andrew Irving dedicates his life to his wife, Marilyn, who has a neurodegenerative condition and uses medicinal cannabis.

He commented that despite national moves to legalize cannabis, he fears the approval process in Tasmania will be lengthy and licensing fees prohibitive.

“That could take six months [for approval], the person is still suffering and in pain if they’re not operating illegally and treating themselves. We need to have private growing rights to treat our loved ones without fear of prosecution. We’ve still got a long way to go.”

Tasmanian labor senator Carol Brown was at the launch of the educational trailers and welcomed the initiative.

“He [Andrew Irving] has worked tirelessly on the trailer which is designed to educate people and dispel the myths surrounding medicinal cannabis,” she said.

In November, it became legal to cultivate and manufacture medicinal cannabis in Australia, which means people can apply for a license to grow their own cannabis crop.

This is just one hopeful example of the efforts being put forth internationally in our budding cannabis industry to bring out the truth and de-mystify the lies. Let’s get a campaign started like this in America. Who is with me?