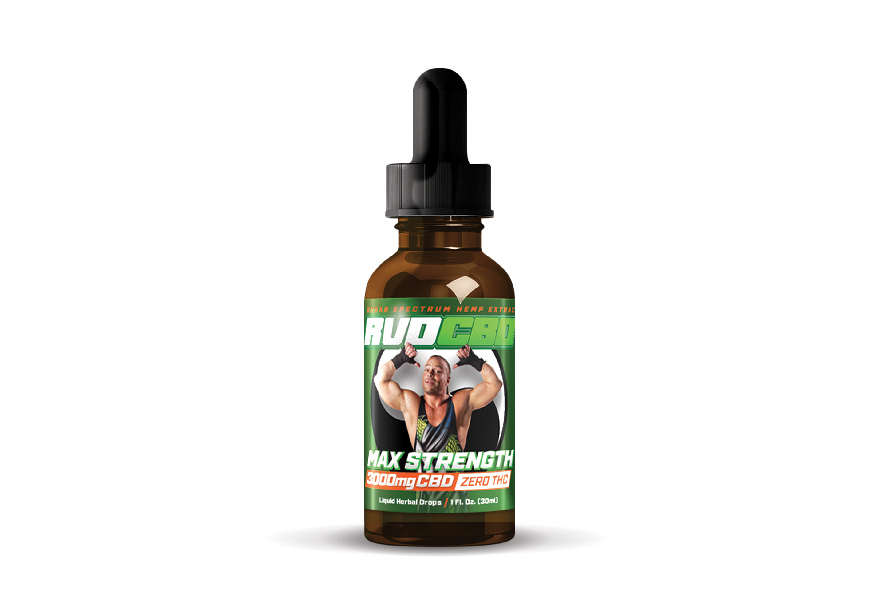 Recently while we were on a trip to Las Vegas for the USA CBD Expo, we had the opportunity to visit with our friend and professional wrestling legend Rob Van Dam at his new home there. Rob appeared on the cover of Edibles Magazine back in the Spring of 2017, when California was still medical, and was a special guest presenter at The Best of Edibles Awards. He’s also been a speaker on The Edibles Magazine panel at The Los Angeles Comic Con and came to our MJ BIZ Con after-party in December. We went to the Mike Tyson Ranch for a deliciously infused dinner by Chef Matt at Ganja Eats with RVD while in Vegas and interviewed him in his house. You can watch that interview on our website at EdiblesMagazine.com. We were chatting about his new documentary “HeadStrong” (now on Amazon) and his new line of products, RVD CBD. The RVDCBD.com website says,“As a world class athlete and professional wrestler, Rob Van Dam (RVD) pushes his body to it’s limits. As a result, Rob’s learned how to recover quickly and effectively with the use of all-natural, CBD- rich products by RVDCBD.” There’s also an educational section where you can learn more about CBD if you like. “Cannabidiol, more commonly known as CBD, is by far one of the most studied compounds of the 116-plus known cannabinoids found in industrial hemp. Being a natural compound of the plant, it can comprise up to 40 percent of hemp. Unlike THC, CBD is non-intoxicating, which means it will not get you high. Whether it’s to maintain general well-being or becoming more proactive with a daily wellness routine, there are various ways in which CBD oil is useful.”

We actually tried the tincture for the first time while watching the documentary. 3000mg of CBD is a lot for one fluid ounce but RVD has always done everything to the extreme so it makes total sense. Plus when you think of everything he’s put his body through over the last thirty years there’s no doubt that he needs it. There’s 30 total 100mg servings of CBD in every bottle. The only two ingredients are MCT oil and broad spectrum hemp extract. MCT oil is a supplement made from a type of fat called medium-chain triglycerides, and is most commonly extracted from coconut oil.

The dropper is measured in 25 mL increments to make dosing super simplified. The tincture tastes pleasantly neutral and we all immediately felt a sense of clarity and any minor pains we’d been feeling seemed to go away. We gave some to our 15 year old Siberian Husky, and to contributing writer, artist Richard Bell, who suffers from chronic spasms. Richard reported that it helped greatly with his spasms and our Husky was wide eyed and energetic for the rest of the afternoon. Take it alone or combine it with some THC for more of an entourage effect. It really is the strongest CBD tincture we’ve ever tried out and noticeably so.

Go to rvdcbd.com/shop/ to order a bottle of RVD CBD. It’s on sale right now for $144.95, which is a pretty great deal for 3000mg. Rob Van Dam is known as “The Whole F*cking Show” to fans of wrestling around the world and he’s developed a product that you can say the same thing about. In fact his picture is right there on the label.