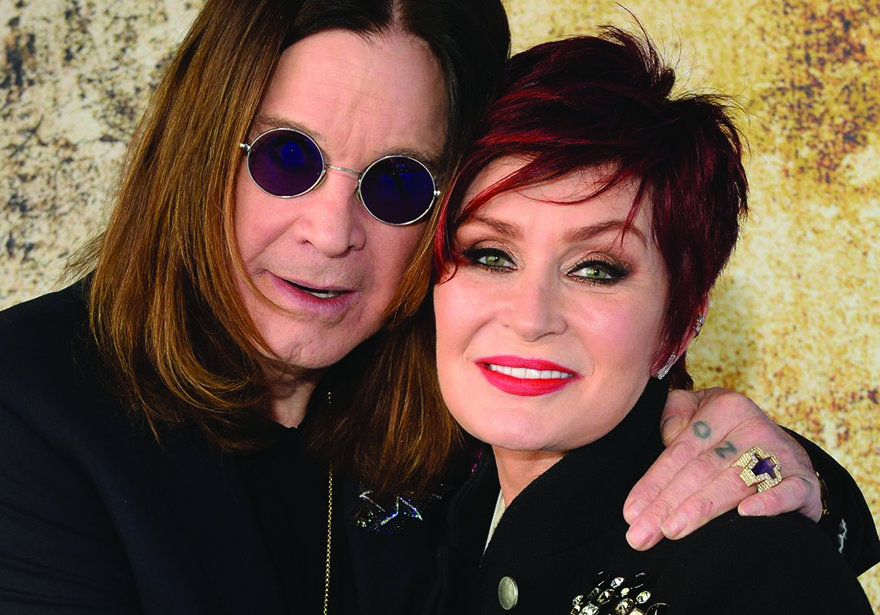 After a tough year of battling pneumonia and injuring himself at home tripping and colliding with a mirrored bedside table, Ozzy Osbourne’s wife Sharon revealed that the former Black Sabbath singer is now using CBD oil to treat his pain and stay off pharmaceutical pain killers. The Osbournes joined the long and growing list of celebrities vocalizing support and the use of CBD or cannabis.

Sharon told iTV’s Loose Women in Britain, “He’s off all of those [painkillers]. He had to have it after he was operated on the last time but now for pain, he has that CBD —whatever it’s called— and he’s dealing with it that way.”

She explained that she doesn’t want him on highly addictive painkillers, given his past drug addiction problems. Sharon also admitted that she’s been on antidepressant drugs for 23 years and continues to battle the disease. Ozzy said that he first saw a cheap CBD product adorned with cannabis leaves while waiting in line at a bodega and said to himself, “Fuck it, it’s only a dollar.”

“Ozzy’s had a really tough year, really,” Sharon said. “It started off with flu, which went to bronchitis, which went to pneumonia. He was hospitalized. He came out, he was well on the road to recovery and he gets up in the middle of the night to go to the loo, and on the way back, he tripped up on the carpet that was under our bed and fell against the corner of the bedside table, which is made of mirror [glass] and he hit it at such a speed and taken to hospital.”

Ozzy is now 70 years old, and we’re stoked for him that he’s finally turned to CBD. In addition to the many injuries witnessed on their reality tv show, Sharon described his reinjuries in detail. “A few years ago, he was in a motorbike accident and he had to have metal rods put in his body and the accident moved all the metal rods and the bones they were screwed into all splintered. Then he had trouble with his neck and they had to do two operations on him and he’s in recovery now, thank goodness. But every day he has to work with a physiotherapist.”