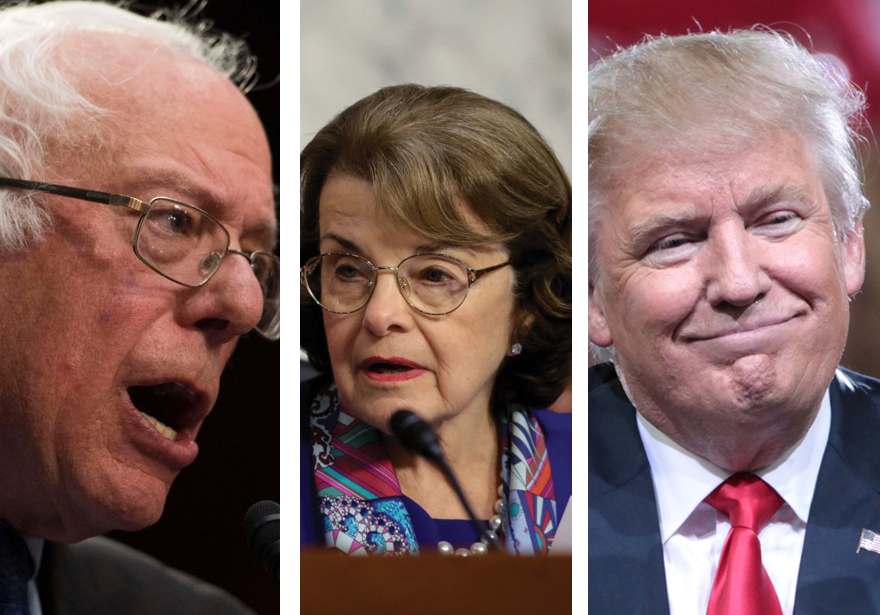 The landscape of the debate around the federal government’s involvement in states with legalized marijuana is developing and evolving as lawmakers adapt to changing views on marijuana and information about the effects of certain governmental policies. Politicians on the state and federal level are rethinking their ways when it comes to just how involved the federal government should be at monitoring marijuana related businesses and practices.

Bernie Sanders tweeted ‘We are spending $80 billion locking people up. Think about what it would mean if we invested that money in our people instead of more jails.’

Human Rights Watch’s analysis of arrest data obtained by the FBI determined that in every year from 1980 to 2007, black people ‘were arrested nationwide on drug charges at rates relative to population that were 2.8 to 5.5 times higher than white arrest rates’ and, in 2006, that black people were ‘arrested for drug offenses at rates in individual states that were 2 to 11.3 times greater than the rate for whites.’

There is a new Marijuana Justice Act bill being proposed that Bernie is supporting. This bill would amend the Controlled Substances act to remove marijuana from Schedule 1 – our government’s list of drugs that they deem to have no medical benefit and to have a high potential for abuse and addiction. It would punish states that had a ‘disproportionate arrest or incarceration rate for marijuana offenses,’ and The Marijuana Justice Act also would direct ‘federal courts to expunge convictions for marijuana use or possession’ and establish the Community Reinvestment Fund in the treasury, which would be used by the Department of Housing and Urban Development to ‘establish a grant program to reinvest in communities most affected by the war on drugs.’
New laws are changing the legal landscape of marijuana possession, distribution, and growing. Some states are starting to look back at people who were imprisoned for crimes that are now not considered crimes at all. According to a statement put out by San Francisco District Attorney George Gascón, his office will be “reviewing, recalling and resentencing up to 4,940 felony marijuana convictions and dismissing and sealing 3,038 misdemeanors …” Marijuana has long been used as a tool to keep our prison systems full of black and brown bodies; according to the ACLU black people and white people smoke weed at roughly the same rate, but black people are 3.7 times more likely to be incarcerated for possession than white people.. Changes to federal regulations involving the legalization of marijuana will significantly decrease the amount of people thrown in jail for marijuana related offenses, and will also work to free some people from the confines of a harsh and potentially unjust prison sentence.

The Cole memo was released In 2011 under Obama. This memo, though not a law, set the foundation for minimal interference from the federal government in states that had legalized marijuana. In January of this year, Attorney General Jeff Sessions rescinded those memos and set the whole debate on the federal government’s involvement in monitoring marijuana ablaze. Republican Senator Cory Gardner from Colorado met with President Trump after a month long stand-off with Sessions, to discuss what this would mean in the long debate over states versus federal rights when it comes to marijuana. After their meeting, White House Press Secretary Sarah Huckabee stated that ‘the President is a firm believer’ in states rights. Trump went on to say that the federal government would not interfere with states who had legalized marijuana.

As the people in this country are supporting the legalization of marijuana more and more, even long time marijuana adversary Senator Dianne Feinstein of California recently changed her views on its usage, stating that she now strongly supports marijuana legalization. As the information stacks up in support of pro-marijuana business and culture, we can hope that politicians will start to see its many uses, and also start to remedy the long term negative effects its laws have had on our people, our communities, and our economy.