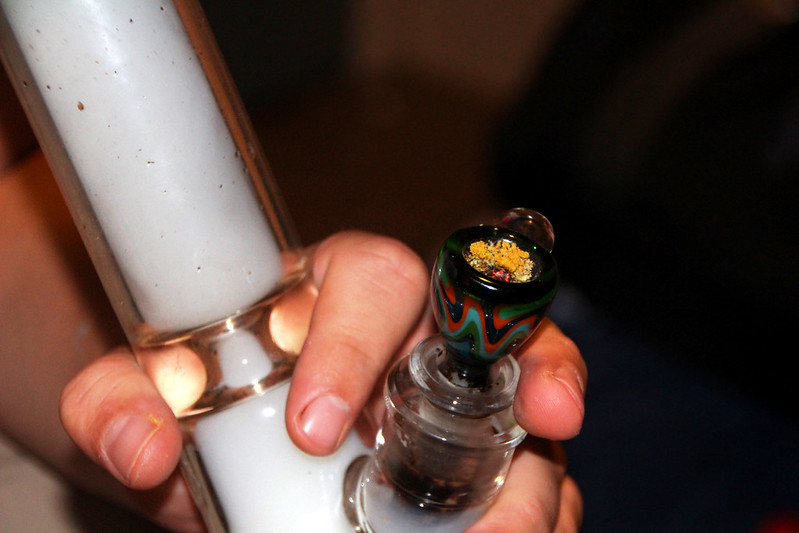 Recreational cannabis users are facing a serious problem with the legal use of weed, testing positive in employment screening drug tests. California voted for the Adult Use Marijuana Act (Prop 64) in 2016, which fully took effect on January 1, 2018. Since then, those who are looking for employment with the government and with those companies who have federally regulated contracts are required to drug test. These companies and organizations are not mandated by the state law and must comply with the federal law when it comes to drug testing, as such, a lot of people are having trouble getting hired at these government jobs.

Democratic Assemblyman Rob Bonta, of Alameda, introduced a bill that would require employers in both the public and private sectors to accommodate workers and applicants who use cannabis for medical purposes.  Bonita says “To be discriminated against by your employer because of the type of medicine you use is both inhumane and wrong. Medical cannabis, as recommended by a doctor, should be given a similar reasonable accommodation as all prescription drugs.”

It’s unclear what added protection this bill will give to patients under the care and who are prescribed medical cannabis by a licensed doctor. HIPAA privacy laws protect patients’ prescription and medical history, keeping that information private.

The bill would not apply to those jobs that are federally required to be drug-free including pilots, police, truck drivers, or those employers with federal contractors who are required to keep drug-free workplaces. Bonta adds that 16 other states already have similar worker protection measures in place.

Ellen Komp of the National Organization for the Reform of Marijuana Laws (NORML) says that she doesn’t believe that an all-out ban on cannabis is necessary. She says “…people can legally and responsibly use marijuana off the job, as long as they don’t show up to work impaired or use it on the job.” Komp wants the Legislature to go further, asking lawmakers to also ban urine testing for weed, except as required by federal law. The current law is untenable, she said.

“The result is to unfairly discriminate against qualified workers, deny them medical treatment with cannabis, and oftentimes compel them to depend on opiates and other more hazardous drugs,” according to Komp.

Opponents of Prop 64 don’t feel that the law should be changed and that the disqualifying of applicants and workers for positive tests was a foreseen side-effect of legalization. Proposition 64 allows employers to reserve the right to maintain a drug-free work environment. According to Tamar Todd, a UC Berkley School of Law lecturer on Marijuana laws and also Vice-chair of the California Cannabis Advisory Committee, who says that Prop 64 didn’t allow for any protections in regards to employment. “People can still be drug tested and disciplined based on a positive result even if they are using in compliance with state law, not at work, and not impaired at work.”

According to the National Institute on Drug Abuse, workers who test positive for marijuana had 55% more industrial accidents, 85% more injuries, and 75% greater absenteeism compared to those who tested negative.

In 2018, the nationwide rate of positive drug tests hit a 14-year high at 4.4% for Quest Diagnostics which bases this number on the 10 million tests it has processed.  According to Quest, the number of non-safety-sensitive jobs who tested positive for marijuana in California rose from 2.3% the year before Proposition 64 to 3.1% in 2018, which is higher than the national rate of 2.8%.

This upward trend isn’t unique to just California according to Barry Sample, Senior Director for Science and Technology at Quest Diagnostics.  Sample says that Positive marijuana tests are trending upward in other states that have legalized recreational use of marijuana. “Marijuana is not only present in our workforce, but use continues to increase. As marijuana policy changes, and employers consider strategies to protect their employees, customers and general public, employers should weigh the risks that drug use, including marijuana, poses to their business.”

Drug testing is required of 25 state agencies including Caltrans, where federal highway safety rules apply to truck drivers and heavy equipment operators. Caltrans has seen a slight uptick in the number of job applicants disqualified for marijuana use in the last two years compared to before Proposition 64.

The California Chamber of Commerce is generally opposed to restricting the ability of companies to conduct pre-employment drug tests. “Allowing drug use in the workplace — including requiring an employer to accommodate an employee’s marijuana use — could jeopardize the safety of other workers as well as the public,” the Chamber said in a statement this month.