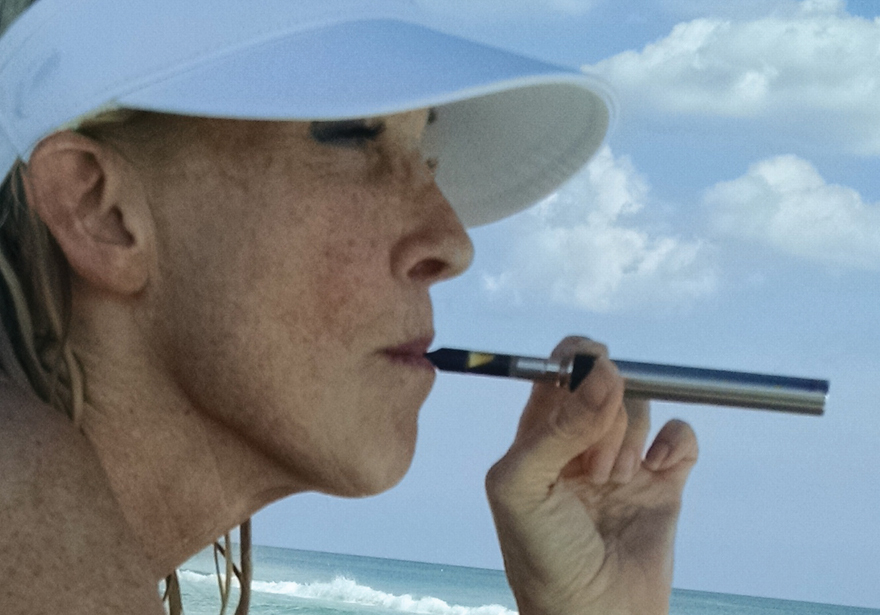 In this month’s Policy Update, we take a closer look at the California Adult Use Marijuana Act (also known as AUMA or Prop 64). Spanning 62 pages, AUMA takes a comprehensive approach, covering personal use, medical use, regulation and safety, taxation, criminal offences, and industrial hemp.

While covering the entire initiative would likely fill up this entire magazine, instead we’ll cover the main sections, focusing on pros and cons, and try to dispel as much of the misinformation that is being passed around. We will also raise a few questions which are not explicitly covered by the initiative, and may have to be decided in the courts.

Starting off with Personal Use, Prop 64 makes it legal for adults 21 years or older to possess or transport up to 1 ounce (28.5g) of flower, or 8 grams of concentrate, as well as grow up to 6 plants.

Pros: This is a welcome change from the status quo, as one would not need to get a recommendation letter in order to possess small amounts of cannabis or grow at home. It goes an extra step to say that cities cannot ban indoor personal cannabis growing, however it does allow for outdoor bans. It also has no limit on how much your 6 plants can yield, and you are allowed to keep everything you grow.

Cons: While a possession limit is the practice in every other state which legalized cannabis, it conflicts with the definition of the word legal, and perpetuates the cannabis stigma, especially when compared to alcohol. When a single person can go to the liquor store and pick up as much alcohol as they need to cater a 30 person party, but if they wish to bring cannabis they would need to bring several people with them, or risk a misdemeanour charge if they go alone. There is no clear indication of an edibles possession limit, and how the 8g concentrate limit will be calculated with edibles.

The Medical Use section is one of the most controversial of all, because it solidifies sections of the recently passed Medical Cannabis Regulation and Safety Act (MCRSA), thus invalidating any other previous voter initiatives, i.e., Prop 215. This changes who can write a recommendation letter and under what conditions. We have tried to get clarifications from several lawyers on why this section was included, as it only reiterates parts of MCRSA, and were not able to get an explanation.

The Regulation and Safety section creates an infrastructure very similar to the medical market regulating the cultivation, distribution, transport, storage, manufacture, processing and sale. From the administrative aspect, to enforcement, appeals, quality assurance, testing as well as local control, making sure as much of the intent of the initiative is spelled out, rather than left to the legislators to decide for us.

Pros: Has strict anti-monopoly provisions, meant to prevent a big tobacco takeover. It allows for vertical integration (holding more than 1 type of license), as well as creates microbusiness and delivery licenses, which will help the smaller cottage industry and even individuals enter the market without a large amount of capital up front.

It allows for on site consumption licensing, which opens up the possibilities of cannabis clubs, and other cannabis friendly businesses, as long as they do not serve alcohol or tobacco.

Cons: It allows for a large scale grow license in 5 years, which many fear would lead to large corporations taking control of the growing industry. It prohibits smoking or ingesting cannabis products (including edibles) in all public places, unless the location has a consumption license.

The Taxation section has a great deal of rumors and misinformation surrounding it, from the tax rate, to what the money will be used for, including fears it will turn into a slush fund. There will be a new 15% excise tax that any retail shop (medical and recreational) will have to pay, that is in addition to the state sales tax – medical patients will not need to pay sales tax – as well as any city or county tax which they can impose, and an additional cultivation tax ($9.25 per oz of flower, and $2.75 for leafs). We’ve seen how high taxes in some states contributed to a flourishing black market, and the effect these taxes could have on the effort to eradicate the black market in California is unknown.

The money from the taxes, as well as licensing fees will first go to funding the regulation and enforcement. Following in this order are 10 million (for the next 10 years) to go into public universities, to research and evaluate the implementation and effect of AUMA; 3 Million (for the next 5 years) will go to department of the California Highway Patrol to come up with ways to measure and test impaired driving; 10 million (growing by 10 million each year to a max of 50) will go to the Governor’s office of Business and Economic Development, which is going to be reinvested in the (primarily minorities) communities that have been targeted and affected the most by the war on drugs; twenty percent will be used for environmental restoration and protection, as well as state and local government law enforcement, ensuring that every cent collected will be used as directed in the initiative. Finally, it discourages cities and counties from banning cannabis by preventing them access to the excise tax.

The criminal offense section covers penalties for minors (under the age of 18), as well as ages 18-21, making virtually all current offenses either legal under the new law, or reduced to a misdemeanor at worst, doing away with any felony charges (except for selling to minors). Any current felony offense would only be a misdemeanor, a misdemeanor would be an infraction, and most infractions would be legal.

Perhaps the biggest implication of the initiative is decriminalization and retroactive sentencing. Anyone currently serving a sentence for a cannabis conviction, who would not have been guilty of an offense or who would have been guilty of a lesser offense under AUMA, would be able to apply for resentencing or dismissal of their offences. This is regardless of if their conviction was by trial or by open or negotiated plea. We’re already starting to see the ramifications as some lawyers have pushed their cannabis cases till after the election in hopes that what would be a potential felony charge now, would only be a misdemeanor, and is therefore more likely to get dismissed.

Finally, the Industrial Hemp section legalizes the growing of hemp without a license, but limits the sale of it to be within California.

We have seen unprecedented support for the initiative, from top government officials such as Lieutenant Governor Gavin Newsom, to the city of West Hollywood, to many trade organizations, as well as major publications like the LA times.

While very few, if any, believe this initiative is perfect, it does bring much needed regulations to the market, offering a first step towards the legalization of cannabis. It will provide immediate relief (effective November 9th) to the thousands of people, including a large number of minorities who were unfairly targeted by the failed war on cannabis. In our opinion, the reduced sentencing implications supersede any other personal or business interest reasons to vote against it.