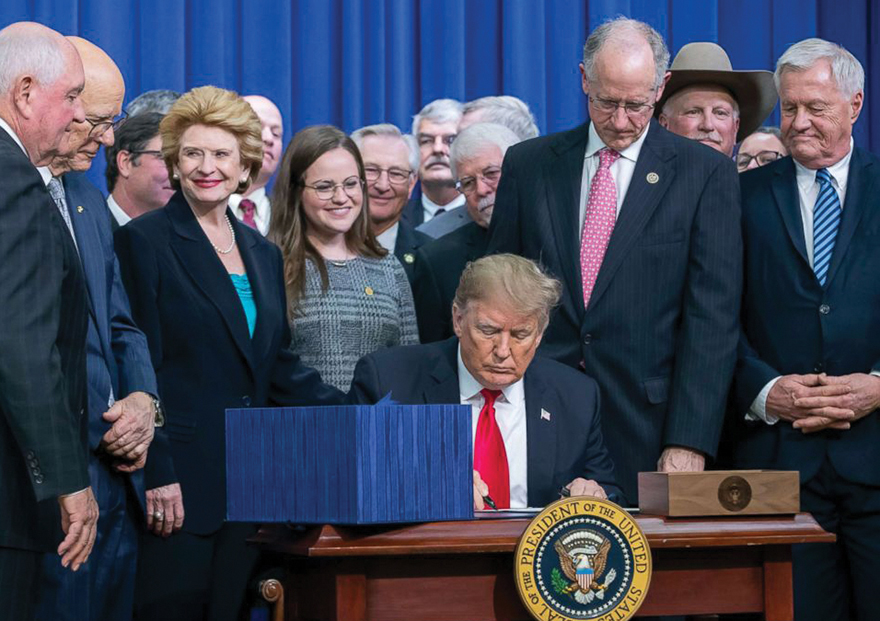 “You sure gotta climb a lot of steps to get to this Capitol Building here in Washington. But I wonder who that sad little scrap of paper is?”
— From ‘I’m Just a Bill’ the 1976 Schoolhouse Rock! segment written by Dave Frishberg.

The Farm Bill was signed into reality in December of last year and with it we are now ushered into a new era of the legalization of cultivating hemp. I can remember reading “The Hemp Manifesto: 101 Ways That Hemp Can Save Our World”, nineteen years ago when I was working at Borders Books and Music in Valencia, CA. We were getting little one gram bags of kind bud called “dubs” on the CALARTS campus that I’d smoke on my breaks at Borders by an outdoor fire pit while reading The Hemp Manifesto and wondering where I could get a glass of this so-called Hemp Milk. Hemp was a little more of an abstract concept to me at the time. I’d seen vintage posters that asked farmers to grow hemp for “the war effort” but I’m pretty sure that had been in a book featuring the art of World War 2. There were rumors that Converse was making hemp Chuck Taylor sneakers in the mid nineties and someone I knew at the time said if you were able to smoke the shoes you could get high. They were pretty quickly shut down but it goes to show how hard it was to find good weed back then — people were willing to smoke their shoes for a head change. It’s important I add that all the people in that story were teenagers at the time and pretty dumb I guess. We went on to make beaded hemp necklaces using twine from the hobby store and looms we made with two by four wooden boards that had 2 wood screws in each end, but there were still whispers of people wanting to smoke their accessories when times were dry. There also was really no internet to speak of so it wasn’t exactly as if we could easily fact check any of this stuff, and that’s why the Hemp Manifesto was so important and genuinely informative in those days. It was bought with my 40% discount on a special employee appreciation day and I carried it with me in my backpack alongside my sketchpad, Sandman comics and my one hitter all the time. The following Christmas I got a hemp wallet, hemp sweater, and hemp shirt from my Aunt Denise as gifts. That was 2001 and I’ve still got the shirt. Durable indeed.

The newly approved Farm Bill defines “hemp” as “the plant Cannabis sativa L. and any part of that plant, including the seeds and all derivatives, extracts, cannabinoids, isomers, acids, salts, and salts of isomers, whether growing or not, with a delta-9 tetrahydrocannabinol concentration of not more than 0.3 % on a dry weight basis.” Compelling stuff. Industrial hemp, as we know it, is definitely a variety of the Cannabis sativa plant species, and one that is grown specifically for the industrial uses of its derived products. It is one of the fastest growing plants and was one of the first plants to be spun into usable fiber 10,000 years ago. Although hemp is derived from the same plant as recreational cannabis, it contains insufficient levels of tetrahydrocannabinol (THC) to produce a psychoactive, or stoned experience for the user. Hemp is used to make a variety of commercial and consumer goods including topicals, beauty products, clothing, food, fiberglass like car dashboards, fuel and building materials like hempcrete. Hempcrete, something we talk about and mention often in this very magazine is a hemp composite material combined with limestone and water that can be used for home building at 1/9th the weight of standard concrete and also can also act as insulation. Hempcrete is also a recurring answer in the monthly crossword we publish.

The United States hemp industry was recently valued at well over 1 billion dollars in annual retail sales and it is growing like wildfire. For the first time since the end of World War II, states are slated to soon be able to create federally legal hemp programs under the 2018 Farm Bill. Industrial Hemp derived CBD lacks the critical medicinal terpenes and the specific secondary cannabinoids found in cannabis oil, like CBG and CBN, and these important compounds can interact with CBD and THC to enhance their medicinal benefits creating a greater and more well rounded entourage effect. Additionally, hemp contains far less concentrations of cannabidiol than CBD-rich cannabis strains like Ringo’s Gift or Harlequin, so an incredibly large amount of hemp is required to extract a small amount of CBD. On the other hand though, classifying hemp as an agricultural commodity helps to legally distance it from its psychoactive cousin, and means farmers can now work more easily with banks and potentially qualify for financial assistance in the form of loans for industrial hemp production.

Dr. Jenelle Kim, co-founder and lead formulator at JBK Wellness Labs, who makes Traditional East Asian Herbal Formulations and Extracts, said “The 2018 Farm Bill is an 807-page document. Hemp is discussed only a few times throughout this document; however, the impact on the industry is epic… Ultimately, the Farm Bill will end the era of hemp prohibition and would deem that hemp is an agricultural commodity and is removed from the Controlled Substances Act where it is no longer mistaken as a controlled substance, like marijuana.” 807 pages is long and it seems extra lengthy for something considered completely non-psychoactive but we’re still counting it as a win.

Now that the passage of the 2018 farm bill has opened the door to industrial hemp production, farmers and hemp business owners started planning for a big year in 2019. However, they will have to wait. Since the President’s government shutdown last month, the US Department of Agriculture, one of the federal agencies that has been closed by the shutdown, hasn’t been able to approve any of the new hemp crop cultivation plans. Without the federal approval, hemp can’t legally be harvested, processed and manufactured in the USA.

According to Alexandra D’Elia at PBS, “Farmers already approved for hemp, and businesses sourcing from them or European producers, aren’t affected by the shutdown. But those who hoped to take advantage of the industry’s projected growth have had to push off plans to invest or add the plant to their crops for the coming year.” The farm bill was signed by President Donald Trump right before the government shutdown began, and in doing so removed hemp from the official controlled substance list, where it had been since 1970 next to cannabis and other drugs like cocaine and LSD. Food and Drug Administration Commissioner Scott Gottlieb sent out a warning after the farm bill was signed, that suggested President Trump’s administration could still have the authority to intervene in some cases if they wanted to. In a statement Gottlieb proclaimed, “Congress explicitly preserved the agency’s current authority to regulate products containing cannabis or cannabis-derived compounds.”

The other part of all this that feels optimistic, is the likelihood that hemp derived CBD products as well as other forms of hemp, would now be able to be sold with or alongside medical, recreational, and full flower/full spectrum cannabis products allowing dispensaries and rec shops to sell hemp cbd oil, isolate, wraps, and/or whatever as long as it’s clean and pesticide free. As more and more blunt lovers decide to go tobacco free, myself included, we are all looking to hemp wraps as the most natural and logical alternative to splitting a cigar and dumping the guts. American tobacco farms are supposed to be ideal for growing hemp so it would make a nice swap out culturally without necessarily needing to change all that much in the big picture. The Royal Blunts Hemparillo All Natural Tobacco Free Wraps have become a new favorite smoke break staple around The Edibles Magazine office lately.

So the president signed the bill legalizing hemp but then pretty much immediately shut down the government. Now almost a month later, he filled his office with so much greasy fast food that it looks like some stereotypical stoner having hallucinatory munchies in a 1990s weed comedy like Half Baked or Friday. And that was a meal he’d prepared for some of the world’s most elite athletes. At least it’s finally legal to grow your own smokable sneakers though.