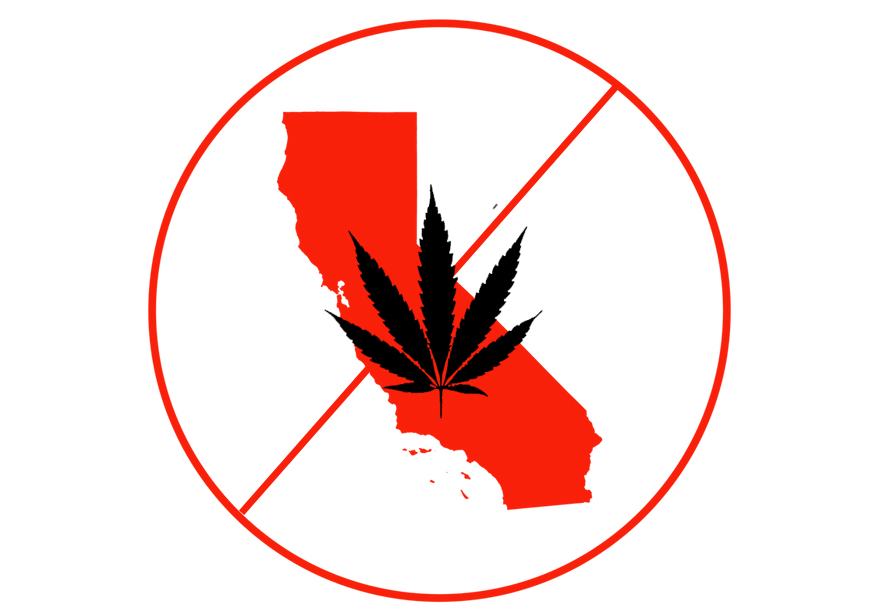 These are the top 10 reasons the little guy will not survive the California Cannabis Business Purge:

• In case you didn’t know, the reason California’s legal cannabis products are costing so much more than illegal stores or black market products is because of the quadruple taxation on the states part. There’s the cultivation tax, distribution tax, the retail tax and sales tax. And that sales tax isn’t just the state sales tax there is also city, county and district sales tax AND cannabis tax. A $6 wholesale product ends up exiting the stores at $25, and 80% of every dollar is going to taxes. Furthermore, the cultivators can’t pay the cultivation tax so it gets passed onto the manufacturers and distributors, even though the CDTFA says the cultivator is the one who has to pay that tax. Ultimately the rising costs all get passed onto the consumer. And what’s worse is that dispensaries are marking up the wholesale tax, so that the product ends up at a 127% markup instead of the normal 100% keystone so that the retailer doesn’t end up feeling the weight of the distribution tax…. But the end consumer also pays the retail excise tax. To top it all off, the cities are raising their local tax rates putting people out of business in places like Santa Cruz and Oakland.

AND the cities want their 1-15% tax rate on TOP of the CDTFA markup tax. It’s illegal to tax tax, but that’s what’s happening. Don’t forget that at the end of the day, the IRS doesn’t allow cannabis companies to write off anything, so whatever profit would be left is taxed Federally with no deductions because of Section 280E. So you could be bringing in millions of dollars, but still go bankrupt… but cannabis companies can’t even declare official bankruptcy because that is a Federal protection. Let’s not forget the state just raised the taxes for cultivators and distributors.

There’s also a 60% Tax Penalty for Being 1 Day Late. Part of the biggest problem Prop 64 created was the complete unilateral control and autonomy of the CDTFA (California Department of Tax and Fee Administration). They get to choose however the cannabis industry gets taxes with or without cause. So when they feel like they’re not getting enough taxes they just raise the tax rates like they just did with cultivation and distribution. A 60% penalty is enough to put a company out of business.

2) Too Many Agencies to Answer To:

Overall cannabis companies licensed in California have to answer to a minimum of 11 agencies:

• Department of Fish and Wildlife

• Department of Weights and Measures

• In no other type of business does a chain of supply wholesale tax get applied. For cannabis, not only is there a wholesale tax, that tax is due to the city and state, regardless if you collected that money. With the rising cost demand to operate, retail stores are requesting net terms, promising to pay in 30 days. If that store doesn’t pay the supplier within 30 days, the supplier is still responsible for the distribution tax, which just got raised. The CDTFA chose to write it as: 15% on an 80% markup, which is effectively 27%. Why didn’t they just say it’s 27%? Sound too high? Yes, it does. Because it is too high. This tax – which gets taxed as well by the cities, is what’s killing California’s cannabis chain of supply. The problem is the people writing the law are not the operators. When you

• That’s right. Maybe you didn’t realize it when it passed but Prop 64 took away the ability to reform cannabis laws by voter legislation… which is unconstitutional. But Mr. Sean Parker of Napster put millions of dollars behind promoting Prop 64, so it passed. Now the repercussions are setting in fast, deep and hard. We have no way to change the tax laws or ordinances without the regulating agencies choosing to make a change.

• The state wants their tax, the cities want their taxes but the state has not created a pathway for safe access to banking. Nevada, Oregon, Washington, Oklahoma, and Arizona have all created safe banking pathways so that bills can get paid and audits can take place efficiently. California put the cart before the horse creating legalization laws without provisions to indemnify banks for doing business with cannabis companies. How can an audit even take place with no bank accounts? Furthermore, when paying city or state taxes cannabis companies have reported that their bank accounts have gotten shut down as a result of an item showing up in their account as “Cannabis Tax Payment.” So not only are we penalized by the taxes for being cannabis companies, we get penalized by the banks for trying to pay our cannabis taxes.

• The way this system has been designed requires deep pockets and sustained losses for long periods of time. There’s just no way a small business who is under funded or self-funded can survive without taking on investors or financing. But the market is so volatile and costly that greed takes over and rears its ugly head all too often. One of the most common stories we hear right now is about licensed California companies in partner or owner disputes causing companies to close, sell, or end up in court with a receivership taking over the business. Our number one best piece of advice is BE CAREFUL WHO YOU PARTNER WITH – including required social equity partners.

7) 70% of Cities Don’t Have Ordinances For Cannabis:

• California’s dual licensing system requires obtaining a city permit before a state licensed can be issued. Out of 488 cities, only about 25% of them have created a structure for cannabis licensing. The state made it illegal for cities to prevent deliveries or distribution vehicles from entering said city. As a result at least 25 cities are suing the state over this.

• The minimum cost for insurance coverage for cannabis companies averages $40,000 a year. That’s the average salary of an annual employee. Only a few companies even underwrite the kind of coverage required by the state of California. To top it off, it’s unclear how and if insurance will actually pay out in the event of an incident, and how much the premium will increase as a result of a claim.

• No way to check out Booth Display Samples in Metrc™

• No longer a way to create multi-destination transfers

• No way to track sales in Metrc™

• It takes 2 weeks for Metrc™ to reply if you need to troubleshoot for any reason, they reply ‘Read the Manual’

• When you start Metrc™ access, it takes 6 weeks to get your tags, but you must first discover that they blocked access to tags in order to request the tags

• When something is destroyed in Metrc™, it doesn’t actually adjust the original “package”

• Because Metrc™ is a web based software the access gets throttled and sometimes at peak business hours it takes as long as 3 minutes for a page to load to execute a transfer.

10) No Consistency in Lab Testing – No Mandatory Calibrations or Protocols

If the lab doesnt have the $500,000 machine, they’re only getting 80% of the yield and the lab results are going to be outside the 10.% plus or minus buffer from the state. We’ve sent the same sample to 3 labs and got 3 completely different results. That means that businesses are on the edge all the time, just one mishap or bad compliance test could put a company out of business.

They are literally making it impossible to do business and stay afloat in California as a licensed cannabis company. If the state wanted more tax revenue, the answer is simple, reduce the barrier to entry and reduce the application fees and taxes to encourage more people to get  licensed and legal. Instead, the exact opposite is happening. California’s broken legal market continues to drive the black market, creating the demand for low cost cannabis products and encouraging people to feed into the illicit market because there’s no profit to be made legally. Everyday we see another cannabis company (big and small) go down, quit, or exodus leaving the state for other more promising markets. It’s a massive intentional purge and only big companies backed by millions will survive.