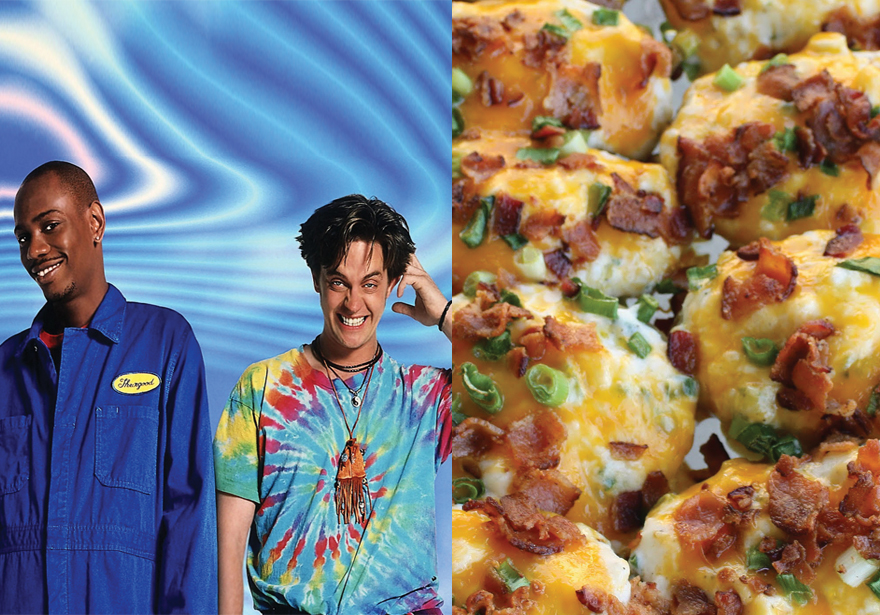 Instructions:
Preheat the oven to 400 degrees F. Place the potatoes on a baking sheet. Rub them with the infused oil and bake for 1 hour, making sure they’re sufficiently cooked through. Make sure the cannabis butter is room temp. Place in a large mixing bowl and add the bacon bits and sour cream. Remove the potatoes from the oven. Lower the heat to 350 degrees F. With a sharp knife, cut each potato in half lengthwise. Scrape out the insides into the mixing bowl, being careful not to tear the shell. Leave a small rim of potato intact for support. Lay the hollowed out potato shells on a baking sheet. Smash the potatoes into the butter, bacon and sour cream. Add the cheese, milk, seasoned salt, green onions and black pepper to taste and mix together well. Fill the potato shells with the filling. I like to fill the shells so they look abundant and heaping. Top each potato with a little more grated cheese and canna-butter and put them back in the oven until the potato is warmed through, 15 to 20 minutes.