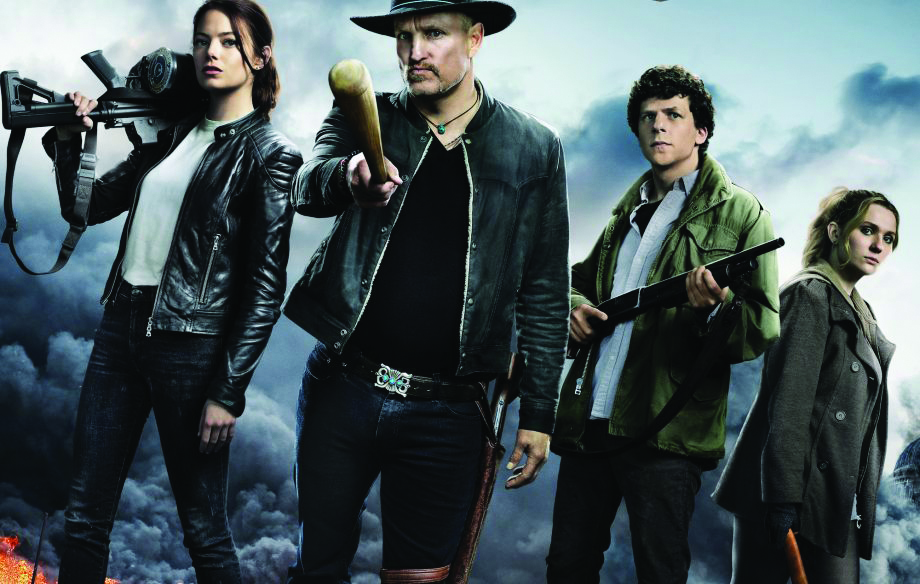 The original Zombieland was released 10 years ago in 2009, back when the world was a much different place. The first episode of the first season of The Walking Dead on AMC was still a full year away. Jesse Eisenberg’s performance as Mark Zuckerberg wouldn’t be seen for another year either. Little Miss Sunshine was only a three year old movie and Emma Stone’s highest profile role at the time was “Superbad” and it would be 8 more years before she won an Oscar for La-La Land. Obama had only been president for a year at the time and cannabis in California was still very much medical. Donald Trump was still hosting The Apprentice, which was in season 8. Yes, it was a very different time and a different place to be alive but Zombieland was a hell of a movie. Beloved by both the comedy and the horror community, it was like an all American, steroid fuelled “Shaun of the Dead’ featuring Woody Harrelson, considered by many to be ‘stoner royalty’, in what may be his best role ever.

Making a sequel a full 10 years later was risky, despite almost everything in theaters being a sequel, remake, or part of a franchise. I don’t remember ever thinking about a Zombieland sequel. Were there unanswered questions from the first one? Sure there were but I’d never really thought about that. I loved the first movie but hadn’t seen it since it was new. When they did announce the sequel we all got excited. The original cast was back in full force and they added some new comedically gifted performers like Zoey Deutch, Luke Wilson, Thomas Middleditch and Rosario Dawson. It’s safe to say that if you liked the first one, you’ll like Doubletap too. It’s got everything good about the original but more of it. More guns, gore, zombies and comedy. It also has something the first film didn’t feature and that’s cannabis.

Cannabis always seems like it belongs in a Woody Harrelson movie and it’s good to know they can grow good weed in the post apocalyptic wasteland even if it isn’t explained how they do it. It’s good to see people on screen with giant bags and bowls of ganja instead of just little kush bottles. We ate Oasis cannabis gummies and paired them with Budease infused tincture so we’d have some good time release effects happening as we sat and watched the movie. We still find edibles ideal for the movies for the same reason we do airplanes. You’re stuck sitting for a long time and you can’t smoke but you need to be high to get through the flight or the film.

If you haven’t seen the first Zombieland, watch it before you see Double Tap. We were going to re-watch it but never got around to it but it was fine anyway. The original was easy enough to remember and the cast hadn’t lost a step. Everyone was even funnier than before, especially Woody Harrelson. It’s ironically enjoyable to see Woody playing a hippy hating anti-pacifist gun lover and he plays the role incredibly well. This was the best movie I’ve seen in a while and is definitely one of my very favorite sequels I never knew I wanted in my life. See it while it’s still playing or watch it once it’s streaming and don’t forget to be nice and high for it. Remember Rule Number 32: “Enjoy the little things” like eating edibles and watching zombie comedies.

Go to zombieland.com to see clips and check showtimes/release dates.