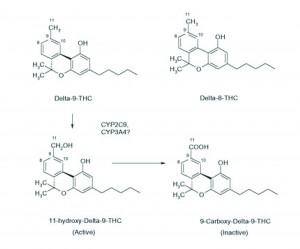 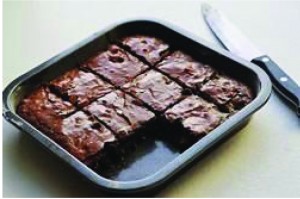 When it comes to medical marijuana it is important to be well informed on the benefits and the side effects. Regardless of whether you are using cannabis for medicinal or recreational purposes… Knowledge is power and safety!

It is easy to misjudge the effects of an edible and overdose. Now a marijuana

overdose will not kill you, but you may feel like you’re going to die or almost wish you were. So here we are going to lay down some absolute golden rules that you should read, follow, and use as a reference.

While exact dosages will vary based on individual body weight and metabolism it seems that for the majority of the population 10 – 25 milligrams of THC will relax muscles and give you a blissful feeling of euphoria. In fact, you may laugh easily and for no apparent reason. You should get a great restful night of sleep.

These effects can last from 4-6 hours, sometimes longer. Remember that everyone has a different rate of metabolism and weight, general health, and built up tolerance (from extended use through time) can be key factors. To ensure consumer safety we suggest that you treat marijuana edibles like any other medication. Safety, safety, safety! And to help you get the right education we’ve compiled list of absolute rules for cannabis edibles:

1. Go Low and Go Slow
Start with a low dose of 10 milligrams of THC and wait two hours before consuming any more cannabis. Your digestive system processes food, including pot, slowly. It usually takes about 90 minutes – 2 hours for food to make it to the small intestine where it is absorbed. It can take even longer if you’re eating a substantial meal or a fatty meal. After absorption the cannabis oil will be metabolized by the liver; THC is converted into another chemical called 11-hydroxy-THC and released into the bloodstream. This metabolite is actually very potent, which is why edibles have such a strong effect.

2. Always Label Marijuana Edibles
Cannabis-infused foods are essentially medicated foods. Like any medication you should always label your edibles with warnings that they are medicated foods, the date they were made, the dosage of marijuana contained within. There are countless stories of a roommate or house guest who has accidentally consumed a medicated food. Be responsible and protect everyone’s safety.

3. Never Mix Marijuana Infused Edibles with Alcohol or Other Prescription Medications
Marijuana use has never had any reported deaths when used by itself. That’s because it is essentially impossible to overdose. However, when marijuana is combined with alcohol or other substances there can be an additive reaction which can cause very uncomfortable side effects, such as vertigo/dizziness/”the spins” and even more dangerous effects such as respiratory distress or even death.

4. DO NOT Drive or Operate Heavy Machinery
Marijuana is a drug and has some potent effects on the brain. Driving while “high” is the same as driving while drunk; and it is considered a DUI. Be smart and be safe. Do not endanger yourself or the public.

5. DO NOT Consume Medical Marijuana on an Empty Stomach
Marijuana edibles have a much stronger effect when consumed on an empty stomach. So make sure to eat a good portion of non-medicated food along with your medicated food.

6. Keep Away From Children and Pets
You must treat your medicated foods like any other medication. Keep it locked up or at least away from children and animals. Common sense is the rule here. As your children grow explain to them that these foods have medicine in them and are exclusively for your use. Even if you are using cannabis or CBD for your pets, it’s important to keep it in a safe place.

7. Have Normal Non-Medicated Food Available
The “munchies” are a well-documented side effect of marijuana. Make sure you have normal non-medicated food around so you can snack on something other than more marijuana edibles.

8.0 Have CBD available
Another important cannabinoid is CBD. It has less of the psychotropic effects of THC which means that CBD can be used to lessen the paranoid, panicky feelings that can occur with an overdose of THC. Even with your precautions errors can happen and having some CBD capsules or CBD rich flower around for vaping can save you hours of misery. Think of CBD as a sort of antidote that will take the edge off and reduce the bad side effects of too much THC. If you do not have CBD readily available you could try citrus fruits as a weaker substitute.

9. Stay Calm and Carry On
Too much THC can cause anxiety, vertigo, nausea, hallucinations, and even a panic attack. Keep reminding yourself that YOU WILL NOT DIE! Have a friend talk you down and help ease your paranoia. If you are alone lay down and try to fall asleep. If you have taken your marijuana food with other substances like alcohol or other drugs then you should consider going to the Emergency Room. Always better safe than sorry!

10. Never “Trick” Anyone with Medicated Foods Without Their Consent!
Marijuana edibles are not a joke! They are medicated foods and there are many laws in place which make it illegal to to medicate someone without their knowledge. This is actually a criminal offense. You can be prosecuted for assault and battery. Medicated foods are not for playing around. They should be treated with the same respect as any other medication. They may be more “fun” and “natural” or “organic” to take than prescription medications, but that doesn’t make them any less serious.

This article was brought to you by
Dr. Robert Setari at: TheCannaKitchen.com 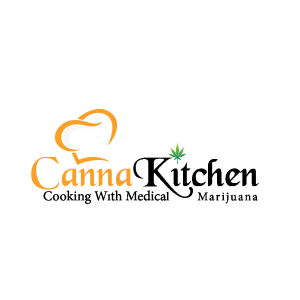