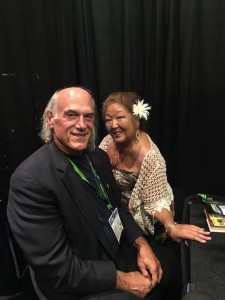 Recently I sat down with “The Body”, who is none other than Jesse Ventura, Vietnam Veteran who, while in the service, worked in the elite Navy SEAL group. As many of us know, he was first well-known for his World Wrestling persona, Jesse Ventura. Interestingly, the name Ventura was inspired by the coastal California beach city. His character in WWE was a “Blonde Bully” archetype and after a decade in wrestling, he retired and then became a commentator where his “tell it like it is” demeanor became the truth that he is known and appreciated for by present day standards. With that developed voice of truth and reason, his desire to unveil the realities of the system became his mission as a politician and author. Now Jesse is “telling it like it is” on cannabis and hemp. His conspiracy theories may no longer be theories as they are happening and Jesse is still “Telling it Like It Is”!

The Birth of Politics 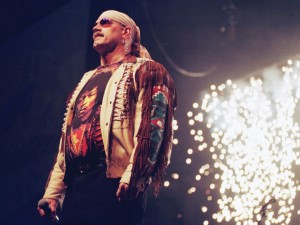 From the humble beginnings of the son of a hardworking Slavic and German, both of his parents served in World War II as well as his older brother who was also a Vietnam veteran. His true given name is James George Janos and his birthday is this month, July 15th, 1951. Born in Minneapolis, Minnesota, his resume of 64 years reads as: married with two children, former Naval Veteran, professional wrestler from 1975 to 1986, actor, political commentator, prolific writer and author of over 20 published works, actor, former bodyguard for the Rolling Stones, television host, politician who served as the Mayor of Brooklyn Park (a suburb of Minneapolis from 1991 to 1995), and the 38th Governor of Minnesota from 1999 to 2003. Jesse was inducted into the WWE Hall of Fame in 2004, a list of esteemed individuals in wrestling. He also taught third party politics at Harvard in the Spring Term 2004 at the Kennedy School of Government. Now Jesse Ventura is a Cannabis and Hemp activist. 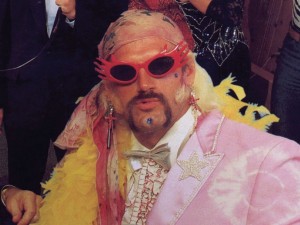 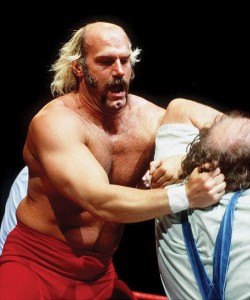 After Ventura retired from wrestling, the acting card became an abundant force where he found himself in huge blockbuster films such as Predator and The Running Man, both released in 1987. What became a famous line for him was from Predator, which was, “I Ain’t Got Time to Bleed”. During these films, he became close friends with his co-star Arnold Schwarzenegger (another future governor), which continues to this day. Jesse also played one of Wesley Snipes’s CryoCon henchmen in Demolition Man which also featured Sylvester Stallone. Other films and TV series that Ventura were featured in were Batman and Robin, Hunter, Tagteam, Ricochet, Zorro, Renegade, Woodshop, Major League II, The X-Files, The Drunk, Teenage Mutant Ninja Turtles and multiple wrestling features and documentaries. He has a total of 82 credits on IMDB to date and he’s not finished yet! 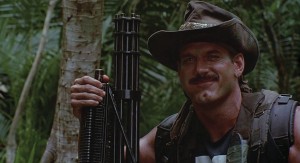 Dancing With Politics
When Ventura first became the Mayor of Brooklyn Park, Minnesota, he had the taste of politics, but it seemed more important on making the community work in mutual understanding. As he platformed as a candidate for the Reform Party in the Minnesota gubernatorial election of 1998. His low-budget campaign centered on grassroots events and unusual ads that urged citizens not to “vote for politics as usual”. Ventura’s campaign was unexpectedly successful, in which he narrowly defeated both the Democratic and Republican candidates. As governor, Ventura was instrumental in reforms of Minnesota’s property tax. Other initiatives made by Ventura included construction of the Metro Blue Line rail in the Minneapolis–Saint Paul metropolitan area, and cuts in income taxes. 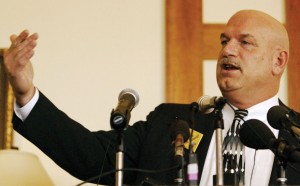 While speaking with him, he shared how he had plans to upkeep the major sports stadiums across the country, but that none of the venues or owners of teams were interested in long term plans. While Ventura was the highest elected official to ever win an election on a Reform Party ticket, he ended up switching over due to internal fights for control over the party. Jesse then joined the Independent Party as his conscientious outlook was much more of a non-political plan of how to run a government. He has since also hosted a number of television shows radio and has written several political books. 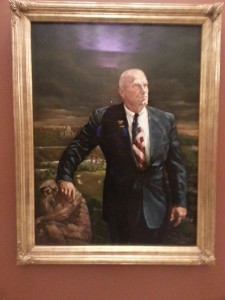 Conspiracy Theories are Political
Jesse is convinced that our society, government, country, and world have hidden agendas that drives many to concoct falsehoods to sway the people. His goals were to unveil the truth and dispel the rumors with facts to show we are being deceived by those that we trust. Through all the years of Jesse’s conspiracy theory revelations in book, TV and film, audiences were shocked by the facts, figures and interviews with vetted participants. Here is a short but fascinating list of some of his focuses of Ventura’s Conspiracy Theories. 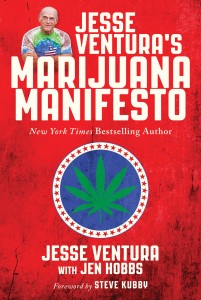 “Alaska HAARP”
Ventura visits HAARP (the High-Frequency Active Aurora Research Program) in Gakona, Alaska to uncover the alleged truth behind rumors that it is being used as a weather modification weapon, an instrument for mind control, or both.

“September 11th”
Ventura investigates the rumors of a possible cover-up of the black box recordings from the airlines that were used in the attacks.

“Global Warming”
Ventura looks at some of the purported evidence that manmade global warming is an elitist scam, and the money trail leads him to the doorstep of an elusive billionaire and a former UN adviser residing in Shanghai.

“Skinwalker Ranch”
A secret laboratory where Alien research is said to be taking place; hidden and unknown to most of the general public.

“Big Brother”
Ventura looks into theories about how far the U.S. Government has gone, in the name of national security, to keep an eye on its citizens – including contracting private companies to spy on people and giving special incentives to InfraGard members who report suspicious activity.

“Secret Societies”
Ventura infiltrates the Bilderberg Group – a very secretive, annual meeting of elitists who gather in luxury hotels, under heavy security, and supposedly plan the strategies for world domination. The location and attendees of these secretive events are often posted online.

“Apocalypse 2012”
Some believed the world was heading for disaster in 2012 and Ventura looks into rumors that the U.S. Government has a doomsday plan for saving the elite while leaving the rest of us to fend for ourselves. Ventura also checks out the Denver International Airport.

“Manchurian Candidate”
Ventura and his crew investigated rumors that the CIA has restarted the project to turn ordinary citizens into programmed assassins and super soldiers through hypnosis, experimental drugs, torture and other methods. He also meets a man who claims to be a real-life Manchurian Candidate

“Operation Northwoods”
The US military plan to hijack airplanes and blame it on Cuban terrorists.

“Emergency Camps”
What the Department of Defense knows about our food supply, but is keeping it under wraps and Homeland Security’s “emergency” detention camps
“The official spin on numerous government programs is flat-out bullsh*t,” according to Jesse Ventura. In his shocking collection of actual government documents, he was led to bring forth what he could in the simple truths to the people. Jesse, as we know, is an independent and a non-partisan truth-seeker, he seemed to want to prove beyond any doubt some of the most incriminating information and to reveal what really happens behind the closed doors of our government and country.

Politics of A Public Figure
Being a “Public Figure” is a choice and with it comes scrutiny and accusations; the tallest blade of grass gets cut, sometimes with unprovoked malice. Some are created for financial gain or to bring the accuser notoriety, such in the case of Chris Kyle. Kyle is a former Navy SEAL sniper that was reported to have the most confirmed kills. He wrote a book called American Sniper and in it, a story was told of meeting Jesse Ventura in a bar and beating him up. It was proven in court that this was a false story and that Kyle and the publisher HarperCollins, did so with “actual malice”, which is knowledge that it is false or with “reckless disregard” for their falsity. The jury then awarded Ventura $1.845 million in damages, specifically, $500,000 for defamation and about $1.345 million for unjust enrichment. In other words, Kyle unjustly profited from defaming Ventura. 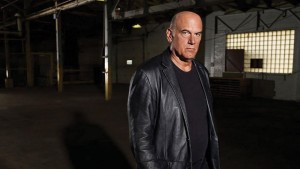 Sadly, the court of public appeals have turned their backs on Ventura, where he lost his veteran’s right to participate and it is heard that he is no longer invited to veterans’ events. Kyle’s widow is currently appealing the decision and because of the facts and information that was presented at the trial her odds of winning the appeal are quite low. This suit with HarperCollins is still pending but during the first trial, Ventura’s attorneys uncovered records of HarperCollins’ negligence in fact-checking. American Sniper the film starring Bradley Cooper, profited over $100 million at the box office. But once again, Ventura feels that he is not able to get many jobs because of this incident.

Politically Active
At this time, he remains politically active and is currently working on a new show on RT (Russian TV) called Off the Grid. Ventura will also host “The World According to Jesse” on RT which is coming this summer. RT is the Washington-based branch of Russian State Television. Known previously as Russia Today, RT is funded by the Russian government and describes itself as a TV channel “for viewers who want to question more.” Critics call RT a propaganda tool with poor journalism standards, as The Washington Post has reported. Ventura feels that he has been reassured by RT that he will not be censored. The show has just begun and it airs on Fridays, with reruns over the weekend. 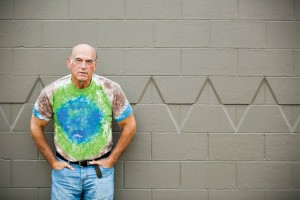 It seems that his goal is to speak the truth to everyone and anyone willing to listen. To capture “the feeling of freedom” is what he says is the main goal in doing the show. In the show’s promo, it features a video ad of Ventura on an open road, sans motorcycle and saying, “Everyone in the world should experience the feeling of freedom, and you get it on the open road. Welcome to my world. Come along for the ride.” Working again to expose government hypocrisy and corporate deception, with the open forum of truth for all platform. The World According To Jesse airs on RT, Friday nights.

Politically Correct
Jesse currently resides between Mexico and Minnesota with his wife of many loving years. His children are Jade (b. 1984) and Tyrel (b. 1980) and he has chosen not to run for a second term in office as governor to protect the privacy of his family. Ventura doesn’t wear any personal undergarments and at one time, while in office as Governor of Minnesota, he had t-shirts made at the state fair that said “Got Underwear”. Jesse Ventura voted for the Green Party’s Dr. Jill Stein in the 2016 Presidential Election. He chose to dedicate his Marijuana Manifesto to cannabis hero and icon Tommy Chong for his time sentenced to prison on unjust charges. Watch for his new show on RT and Jesse, please keep “telling it like it is” as this is the true reality of The Marijuana Manifesto. 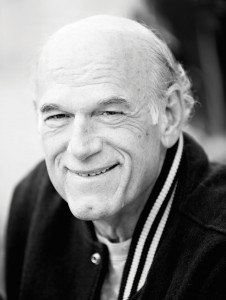 Jen Hobbs is the Co-Author of Marijuana Manifesto and a longtime cannabis supporter. Her insight and dedication assisted in Ventura’s outreach to share about cannabis and hemp. In honor, we here at Edibles List Magazine dedicate this article to those who served time for unjust persecution of a simple plant that has the capabilities to heal and comfort the spirit of humankind. 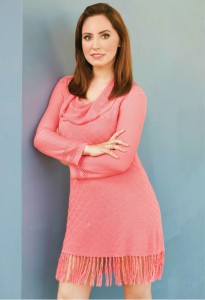