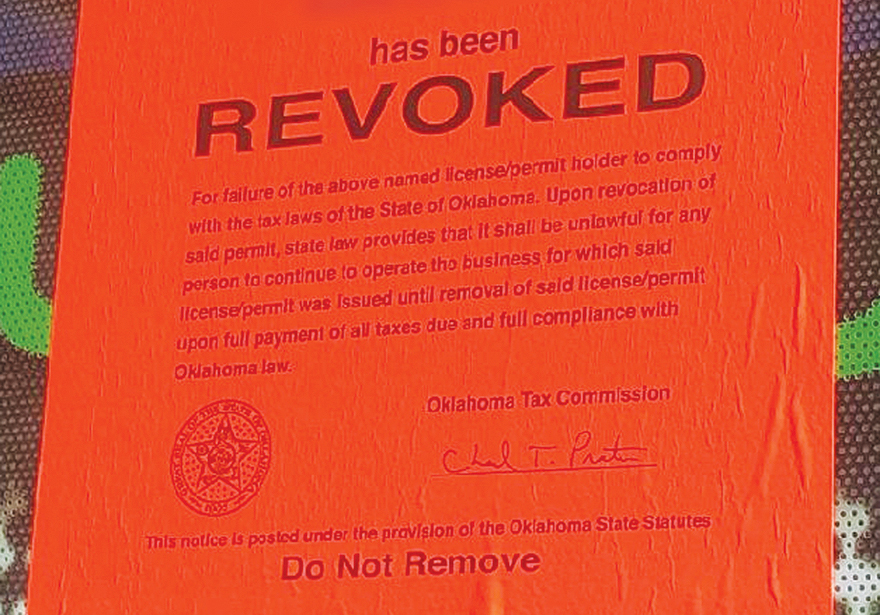 With the flood of the market, some dispensaries and processors closing is to be expected, but about 300 Oklahoma Cannabis businesses have had their licenses revoked. This is not because of any regular violation, but because all 300 licenses shared the same co-owner, Kathleen Windler.

Windler was used as a third party by Tulsa-based Jones Brown Law in order to help out-of-state clients meet the OMMA licensing requirements for in-state residence. OMMA requires that a resident must own 75% of the license, and for those looking for an opportunity to start in cannabis, Oklahoma has the lowest barrier of entry. This is what has led over 300 licensees to seek a reliable partner for their businesses and what has led to them being revoked.

Kathleen Windler has had her own civil and criminal legal troubles. In May she was charged with growing 6,000 plants illegally with her partner, Dao Feng, in Paul’s Valley. It was a farm licensed by OMMA, but not by the Oklahoma Bureau of Narcotics and Dangerous Drugs, which made their operation unlawful. She has also filed a lawsuit against Jones Brown Law  Windler purports the firm “continuously offered (Windler to clients) as a solution to residency issues and profited dramatically from continuously exposing (Windler) to severe legal consequences.”

In August, Windler relinquished her ownership of all the licenses she was associated with, which caused all of those cannabis licenses to become invalid and thus they all had to close.

Some of the business owners, represented by Attorney Rachel Bussett, are seeking to recoup their investments and are suing OMMA in order to reinstate their licenses or at least creating an administrative procedure for the revocation of licenses.

From News on 6, “This is their livelihood. I mean they literally gave up everything to come here to do it,” Bussett said. “The more that I work with these people, it’s clear they weren’t given proper advice and guidance.” “They were very stressed,” she said of her clients. “These people have invested hundreds of thousands of dollars… to come here and establish a business. Now all of a sudden, this business license is being revoked.”

“The OMMA is aware of the recent legal actions taken by business owners regarding the surrender of licenses by Kathleen Windler,” said OMMA Spokesperson Kelsey Pagonis. “We plan to address these actions accordingly.”