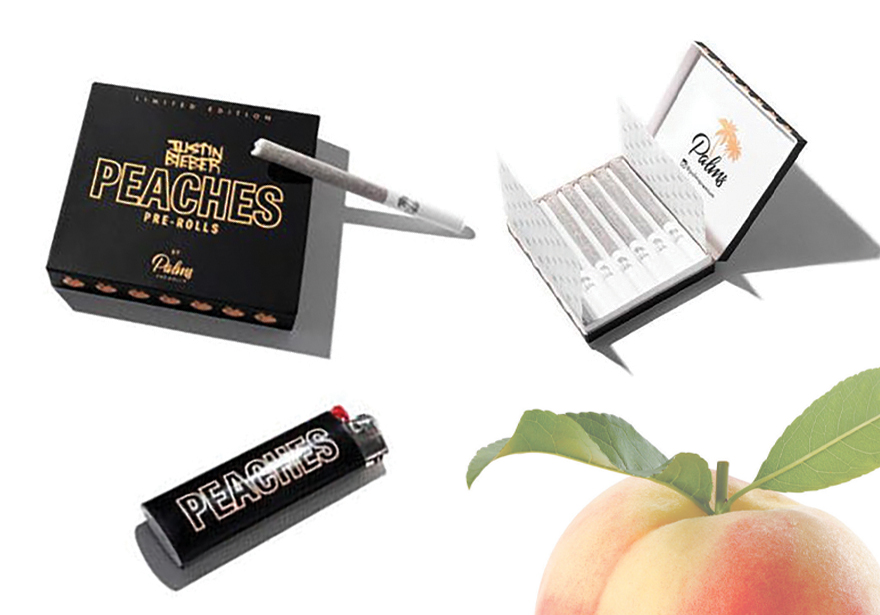 As a boy with the last name of Breese (pronounced like the word Breeze), you can bet I was aware of Georgia Peaches before Justin Bieber came along. For the uninitiated, Southern Rock Gods Lynyrd Skynyrd recorded a JJ Cale song named They Call Me The Breeze way back in 1976, the year of my birth. One of the lines reads: “Well I dig you Georgia Peaches, you make me feel right at home”

Now, I won’t get into blowing down the road or any of the other material in that wonderful tune, but, fast forward to 2021, and in my cannabis industry day job as a Packaging Supervisor, in my room, I am keeper of the song! Earlier this year on a May morning, my little ears did hear the dulcet tones of Justin Bieber singing about the fabled peaches of my childhood theme song:

“I got my peaches down in Georgia, (Oh, yeah, shit)

I get my weed from California, (That’s that shit)

I took my chic up to the North, yeah (Badass bitch)

I get my light right from the source, yeah (Yeah, that’s it)”

Now, I’ve eaten a Georgia Peach and they are delicious. So, in this line, JB is establishing he has taste. And in the second line, he speaks another truth. Despite the Cup wins for me and the company I work for, we all know where the best stuff generally comes from, and apparently… SO. DOES. BEIBERONI. He also is taking his girlfriend up to Canada. (Or is he? Could the Badass Bitch he’s referring to be some Mother plant he hid in a guitar case and smuggled into Vancouver? Maybe he’s taking some Baldwin daughter up to Humboldt? We love art that’s interpreted in myriad ways! Either way, you know the The Holy Bieb is going with God, his light source. All of this ranting babble leads us to one conclusion. Justin Bieber is into weed.

And it’s 2021, so, as any celebrity worth their salt (or water if you prefer Dune terms) is putting out a cannabis brand, Bieber & Co have started their own cannabis line, Peaches. Partnering with LA-based brand Palms, which has always produced some fine pre-rolled smokables, Bieber’s Peaches will feature indoor, high THC testing, Nug rich flower ground into 7 half gram pre-rolls. Retail price of the pre-roll pack will be in the $50-60 dollar range, making it similar in price to an 8th, which is technically the same amount of actual flower. But with some normal 8th, it’s Beibless. With Peaches, you get the satisfaction of knowing that Justin Effing Bieber hand rolled that thing! All kidding aside, Bieber was heavily involved in the product development, including choosing the artwork for its packaging. Justin has stated that cannabis was a huge factor in his mental health. He doesn’t really say how or why in any of the press releases regarding the brand, but, belieb him and these press releases, it is. And now, you too can gain the same enlightenment and positive head space that Beibsie Weensie does every time

Peaches plans on selecting terp heavy strains to give their product superior effect and flavor and in this journalist(?)’s experience, the Palm wraps are a lot lighter than tobacco, which should help to not overpower the cannabis in the pre-roll. Peaches will be available in California, Nevada, Florida and Massachusetts starting in October. Note that you wild Floridians will have to settle for only a 5 pack due to your Draconian medical laws – cue the sad trumpet. Lucky for me, this Marijuana Masshole is in a state that offers up these stellar sticks of sensi for sale. I plan on grabbing one asap to try out just so I can hopefully say in earnest: “Well, I dig you Georgia Peaches…”