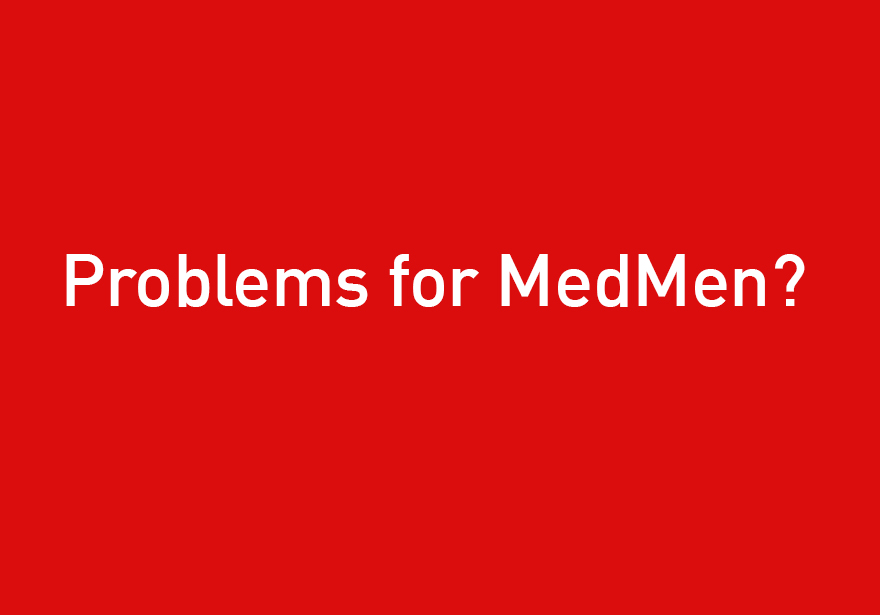 MedMen totes itself as one of the largest and fastest growing cannabis brands around. They certainly have coined a corporate cannabis atmosphere around the image of their company. Now corporate lawsuits from investors and employees are plaguing MedMen.

On January 8th, 2019 a lawsuit was filed by Inception Companies founders Brent Cox and Omar Mangalji through their investment entity MMMG-MC, which owns approximately 10% of a predecessor MedMen company.

A spokesman for California-based MedMen called the allegations contained in the suit “frivolous.”

The suit is seeking $18 million in damages, plus another $1.8 million for Brent Cox, who owned 1.3% of the same MedMen entity. MedMen, like most cannabis companies, consists of many subsidiaries owned by the same owners of the holding corp entity.

The suit alleges that MedMen CEO Adam Bierman and President Andrew Modlin paid themselves millions of dollars through unlawful, “brazen self-dealing.” Cox and Mangalji allege they were treated unfairly and their shares were locked up until November 2019 unlike other investors, as a result of an attempted “advantageous” buy-in during an initial triggering event that angered Bierman and Modlin.
The suit also alleges while MedMen burned through cash and reported “breathtaking” losses that totaled $145 million over six months, they then inflated the valuation of the company to buy PharmaCann and trigger $4million bonuses, only to require additional equity financing in the fall of 2018 to address “acute liquidity challenges.”

Daniel Yi, MedMen’s Senior Vice President of Corporate communications said in a statement, “Mr. Mangalji and Mr. Cox have already received cash distributions representing a complete return of their capital plus a substantial gain … This is clearly and egregiously an attempt to devalue the shares of the enterprise for their own personal gain at the expense of all other stakeholders.

“MedMen remains focused on building one of the leading cannabis companies in the world, and we feel confident we will prevail on that mission and against this meritless complaint.”
Cannabis is becoming more mainstream and with that comes lawsuits that are likely to pop up, across an industry where you couldn’t previously involve law enforcement or the judicial system.

But this investor lawsuit comes just two short months after a lawsuit was filed against MedMen by former employees for mistreatment and underpayment. November 16, 2018, Chelsea Medlock and Anthony Torres, filed suit in Los Angeles Superior Court alleging that two MedMen subsidiaries, Manlin I and DT Fund II Group, intentionally failed to pay employees minimum wages for off-the-clock work, failed to pay employees for the full amount of hours worked, including overtime, failed to provide all mandatory meal and rest breaks, and failed to keep accurate records of employee hours worked.

Medlock and Torres were employed at the West Hollywood location. These types of lawsuits are heavily frowned upon by the courts and with evidence the plaintiffs usually win.

Daniel Srourian, attorney for Medlock and Torres, said the suit could eventually include hundreds, if not thousands of plaintiffs because any current or former employees of MedMen can join the suit. The lawsuit has requested class action status but has not received it yet.

What’s interesting to true veterans of the cannabis industry, is that these lawsuits popped up right after MedMen tried to secure the trademark for the word “Cannabis” on clothing and advertisements, presumably so they could flex their legal arm and stop anyone else from selling a shirt that says Cannabis on it.

Is it possible that too much corporate atmosphere can be bad for a business and that corporate cannabis takes away from the true intention and healing aspects of the plant? It’s a female plant by the way, so for me it has always posed the question ‘Why name it MedMen?’

MedMen’s stock (MMEN) has dropped to $4.37 a share. Are people beginning to notice that the company valued at a $1 Billion isn’t all that it’s cracked up to be?

When the love and passion is taken out of the equation, the working environment gets destroyed and corporate culture takes over. Let’s start a larger conversation here about how the cannabis industry operates. It’s supposed to be with integrity.