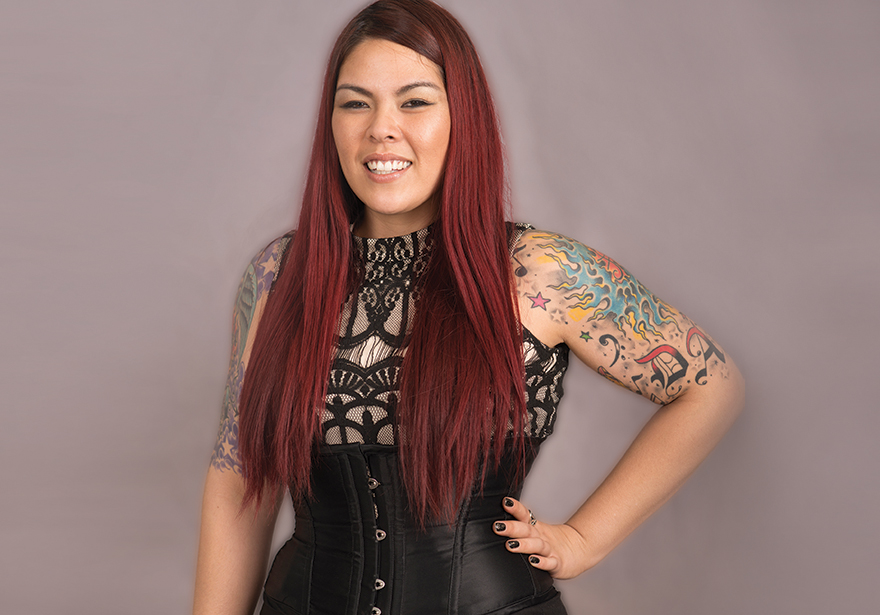 “You can’t just put a toe in, you have to dive in and learn about the plant. Learn everything you can and then share that knowledge because at the end of the day we are all working together, toward the same goal.”

THE MEDIA MAVEN – B. Le Grand, our “Fearless Leader,” as I like to call her, is the genius behind EdiblesList.com and Edibles Magazine. She founded the company in 2010, while living in San Diego. The Edibles List was created out of need, as most companies are. The Edibles List was born after B moved from San Francisco to San Diego and noticed that the cannabis markets were completely different between the two cities. In San Francisco, a patient could get edibles and product from a reliable source. “In San Diego however, shops would open and close. If you wanted to get your meds you’d have to wait four hours for a creepy dude to show up at your house, with a backpack full of pot. I walked into a dispensary and their edible selection consisted of a spoon dipped in chocolate,” explained B.

Edibles List began as a submission form to collect data on all edible vendors out there and what they carry. It has since grown to be the number one source for finding cannabis infused products. In 2013, Edibles Magazine, the first and only magazine dedicated to edibles, topicals, tinctures and vapes, launched in California, Colorado and Washington, simultaneously. Today, the magazine has expanded to Oregon, Arizona, Nevada and Hawaii, with subscribers nationwide.

B graduated high school early and left Hawaii to pursue something bigger. In 2002, at the age of 16, she moved to San Francisco. There, she went to school for advertising and began her career in multimedia and online marketing. She worked for an interior design firm that gave her all the tools she needed to succeed. She’s had her own web design and marketing firm, Designs By Bo, for 14 years, and was the Creative Director and Editor-in-Chief at Runway Magazine from 2011-2012.

B reiterated some solid advice she said her dad always gave her, and that we have all probably heard before: “Fake it until you make it! Once you make it, you wont have to fake it anymore.” She’s has been on her own and working for herself since she was 16. It takes a certain kind of person to uproot themselves at such an early age and embark on a new journey, but what was the alternative, “Stay in paradise with my friends and never leave?” Now that you mention it, that doesn’t sound so bad. Does it?

She spoke about how together we can impact the future. “If we can dispel the lies surrounding cannabis, since so many people don’t understand all of the lies that originally criminalized cannabis – then at some point, our kids and further generations will not know what it’s like for cannabis to be an illegal plant, with a demonized persona. We are at a turning point in history, we are at the end of prohibition on cannabis,” said B.

In addition to running one of the best companies in our industry, she is the lead singer, guitarist and keyboardist for her band, Le Grand, a cross between Adele and 50s doo-wop. I happen to have some insider knowledge on this woman, and I know what she has done to keep her company thriving and in an upward trajectory. It is important to note that B is without a doubt one of the most hardworking people I know. She has a solid, business savvy, mind with a compassionate and giving way about her, and she genuinely fights for the patients and the plant.

If you would like more information about B. Le Grand, Edibles List or Edibles Magazine, please go to: