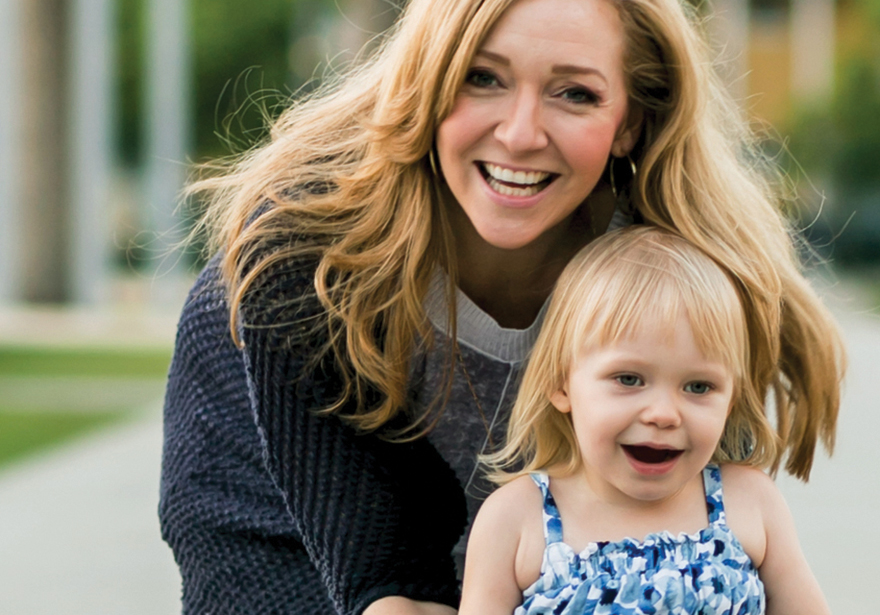 Sophie Ryan was born on October 3rd, 2012, perfectly healthy weighing in at 8 pounds, 7.4 ounces. Her birth had zero complications. On June 20, 2013, Sophie had her first MRI scan after nystagmus, shaking of the eyeball, showed up in her left eye. June 23rd, at eight and a half months old, Sophie was diagnosed with a low grade, Optic Pathway Glioma brain tumor. Since it is a slow growing tumor, chemo was never meant to get rid of it, and doctors said if they saw even minimal shrinkage it would be considered a huge success. After creating a Facebook page called “Prayers for Sophie,” a friend on Facebook put Sophie’s parents, Josh and Tracy Ryan, in touch with Ricki Lake and Abby Epstein, who were filming a documentary about how cannabis oils kill cancer in pediatric patients. They worked hard with the top oil makers and experts in California. Sophie has been on high concentrated THC and CBD cannabis oil since she started chemo in October of 2013. Despite several rounds of chemo, Sophie continued to gain weight and has a great quality of life despite having chemo once a week with short breaks from time to time. Her hair has grown back, she is advancing developmentally, and despite the blood transfusions she has required she is otherwise very happy and healthy.

After 13 months of chemo and high doses of cannabis oil, Sophie’s brain tumor was about 85 percent gone, and a massive cyst that had formed was about 90 percent gone. Sophie’s parents were told that Sophie would go blind in her left eye and her right eye would likely be compromised. Because of the shrinkage from the use of cannabis oil, they have saved her vision. After an eye exam her vision was reported to be, “That of a normal two year old.” Through SavingSophie.org, Tracy and Josh hope to pay it forward to those who are now in the same financial troubles they once found themselves in.

CannaKids’ Honey Gold extraction process is lead by a team of PhD scientists that specialize in organic chemistry. Purified raw cannabinoids are first collected via a solvent-free process, purified to remove any unwanted plant matter, and are then later infused with a rich terpene blend to create a unique final product. Extremely potent cannabinoid content provides a product with excellent bioavailability, and is free from any unnecessary plant material. The final product is a concentrate that contains a profile similar to that of the flowers of the plant, while remaining free of residual solvents and unwanted contaminants. Inspired by strain profiles with every input monitored for purity and quality, concentrates provided by CannaKids represents cutting edge scientific knowledge and cannabis insight in every package. Learn more at: cannakids.org