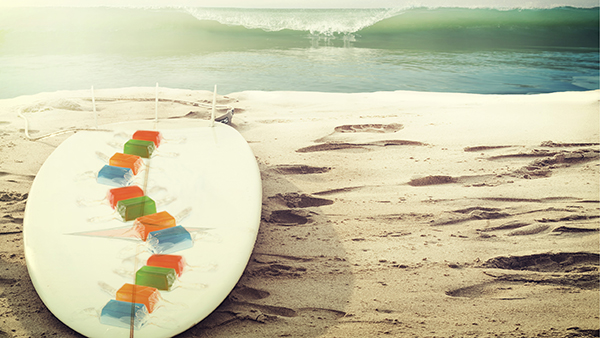 Almost every major edible company out there makes a hard candy. Since 2009, Paradise Candy Company has been leading the way to help set a standard of professional packaging and consistent potency, in Southern California. It all started with a hard candy lollipop that was so strong, patients and collectives specially requested a lower dosage candy to be offered; that is how their ranchers were born. Before they knew it Paradise Candy Co. had over 25 different products and flavors from pops, to ranchers, and caramels. When I lived in San Diego, all the medical closed down in 2006, re-opened in 2008 and closed back down in 2011, due to the City not issuing zoning permits for collectives.

At that point there were only a couple shops deciding to operate rouge and the rest turned into delivery service collectives. I moved to Los Angeles in 2011 as the shops were closing down, but I stayed on my favorite San Diego collective’s email newsletter. It was summer 2012 when I got an email from that shop announcing their newest edible Paradise Candy Co. Having seen the Los Angeles and Orange County markets, I thought to myself, “not another rancher hard candy company,” and the irony of it was that not even a week later Paradise Candy Company was dropping off samples at my friend’s shop while I was there. I was skeptical at first when trying their candies, because up until they came around, we had only seen inconsistent 8 mg single ranchers, and now Paradise was offering a 10 mg single rancher as well as an extra strength 25 mg rancher, (sold in four packs).

Not only was their product effective and free of any kind of “weird” aftertaste, their caramels also blew away the competitor. If you let an infused caramel sit, the butter or oil usually separates, and on the shelf, that looks extremely unappealing, or just “plain gross.” Contrary to that, Paradise Candy Co.’s caramels never separate and are always the right consistency. The flavors of their ranchers and pops include but are not limited to fruit, sour fruit, grape, sour apple, root beer float, tropical fruit, raspberry, watermelon, guava, kiwi, mango, strawberry, tangerine, pineapple and green apple. Everyone’s favorite, or at least my favorite flavor in their line is their caramel sour apple hard candy duo.

They taste just like the old Halloween candy that brings back all those fun memories. What really sets them apart is that they offer their rancher and pops in sugar free and vegan options. It has only become a recent thing for edible companies to offer vegan and healthier options, but Paradise has been offering their sugar free candy for diabetics and the health-conscious since the beginning. Their vegan candy is made with coconut oil, and while their hard candies are already fast-acting because they’re being sucked on and absorbed directly into the bloodstream instead of through the digestive system, the coconut oil is even more fast-acting and a very clear high. They also have a CBD rancher and pop in the works. Being based out of San Diego, they have also developed a close relationship with HempMeds Px, and are a direct distributor and supplier for their entire line of hemp and CBD products. In addition, they have just developed a new line of vapor products, called Pur Vape.

It’s an auto-draw (no button) portable vaporizer pen. The disposable medicinal cartridges are lab tested CO2 concentrates, starting at 150 mg, and all natural. Lemon Haze and Berry OG are just some of the flavors being offered. Paradise has put their time and research into their product and the end user patient. This family based company truly sets a standard where none exist quite just yet. It’s important to note that California does not have the same packaging and edible regulations set in place like Colorado and Washington, and Michigan has chosen just to not regulate medibles at all so they have made them illegal. Until the grey area dissipates, edible companies in medical states can still adhere to a strict standard like Paradise Candy Co.