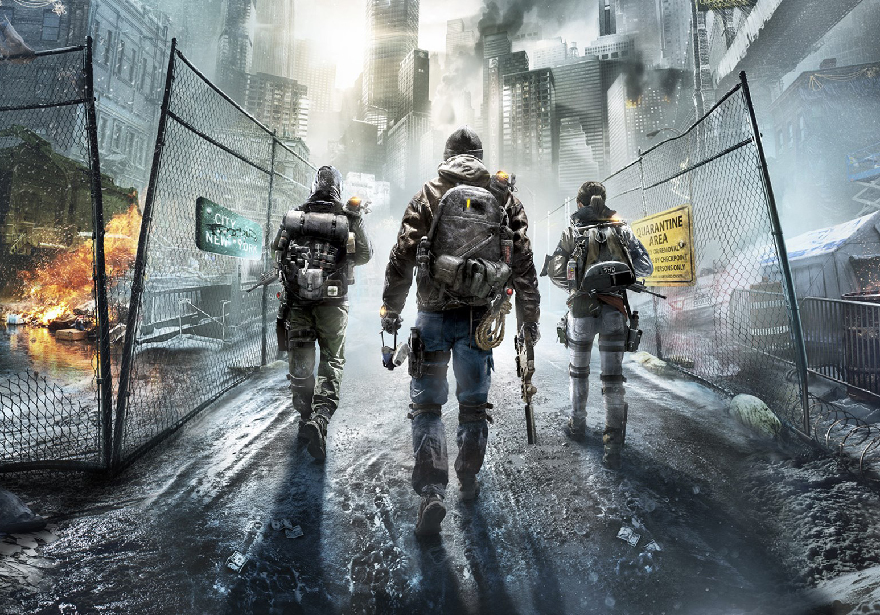 One of the best things to do to pass the time while quarantined during the COVID19 spread is to get stoned and play video games. The video game industry is one of the most popular and lucrative entertainment industries in the world! Some people, like myself, even consider video games to be an art form. Games are an interactive story that engage audiences for 20-60 hours at a time, the more hours the better. Like art does sometimes, it imitates life–and that is definitely true with Tom Clancy’s: The Division, a third-person shooter role playing game by Ubisoft published in 2016.

The Division’s storyline hits ironically close to home during these troubling times. In the game, the year is 2020 and a manufactured smallpox virus, that spread during “Black Friday”, has infected the world population. Trigger Warning: The opening title sequence looks like it could have been taken from today’s news. Black Friday fights, scenes of bodies dying in hospital beds as people fight over basic necessities, the lack of PPE, the mobilization of the military to control people, and the riots that ensue. It’s a little disturbing to watch. Once you get into the game, the empty streets and trash covered allies seem even more familiar with what we can see outside our windows today.

In The Division, the player is part of a secret elite team that is trying to track down the source of the virus. Players have to search an open world Manhattan for medical supplies and clues. Players can customize their character’s appearance, their weapon load out, and gear with items or money looted from dead enemies. The gameplay control is the standard shooter type and if familiar with shooter games, are easy to learn. The enemies in the game have decent AI and are aggressive, but absorb bullets and lack the realistic response when shot like they do in other Tom Clancy games.  Headshots don’t automatically take down enemies at medium ranges, for instance. The three dimensional user interface can be a little hard to read if the camera angle is too high or is in a weird spot. This game is a few years old and, as games do, visually improve and develop fast, but is still playable and enjoyable.

The Division originally released in 2016 and has a sequel, The Division 2, which was released in March 2019. The Division broke Ubisofts sales record and was it’s best-selling game at the time. People can play Tom Clancy’s: The Division for free for 6 hours, or up to level 8, via Ubisofts’s Desktop app Uplay. The full game is available to buy once players reach their time/level limit and they get to keep their character and game progress.

So it feels pretty insane that the whole thing seems so probable and realistic now. Maybe we’re being conditioned by the entertainment we consume. Maybe it’s a valuable training simulation. Maybe it’s just a fun but terrifying way to smoke some weed and kill a whole lot of hours while isolating during a pandemic driven quarantine. You’ll have to decide for yourself.