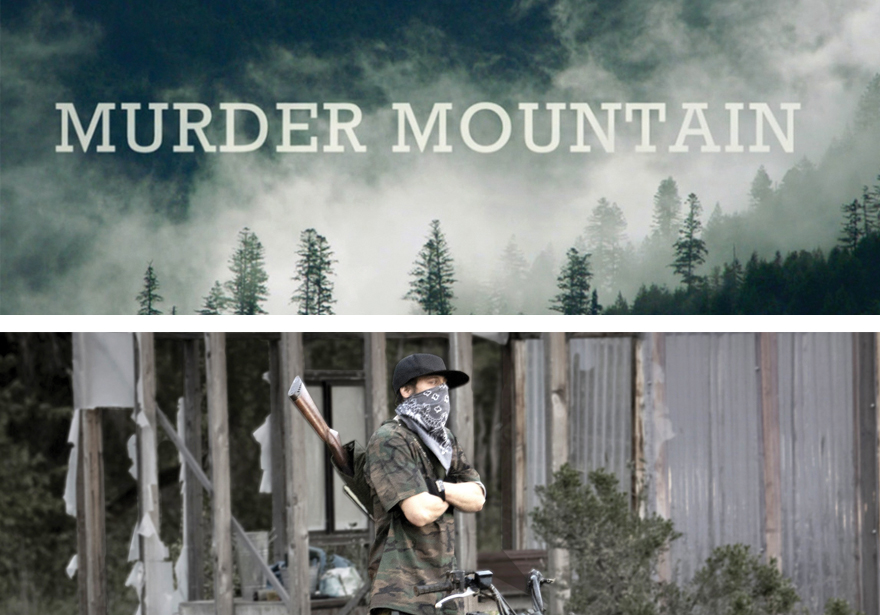 “Now his life is full of wonder but his heart still knows some fear, Of a simple thing he cannot comprehend, Why they try to tear the mountains down to bring in a couple more, More people, more scars upon the land.” – John Denver

If you haven’t watched the Netflix documentary series “Murder Mountain”, you might want to stop here and check the show out first [SPOILER ALERT]. It’s something I’d highly advise seeing but be warned, it does expose a side of the industry that most people prefer not to think about and for good reason. The title of the show is pretty suggestive but going by that alone you probably wouldn’t guess it was going to be a program about weed cultivators in Northern California. It sound like a direct to digital rip off/homage to something like “The Hills Have Eyes” or “The Texas Chainsaw Massacre”. Instead it is an all too real look at the Humboldt area of Nor-Cal known as The Emerald Triangle. If you’re in the industry there is a chance you’ve been there for one reason or another and those of us who have know it’s a pretty unique setting. I’ve genuinely never seen anything that gets so deep into what actually goes on sometimes as well as being the most honest look at the mundane day to day of the job and the reality of what going legal really means to small business owners and farmers.

Last issue we reviewed another Netflix original series that covered the dangers of growing and selling marijuana in a much different way, “Narcos: Mexico”. Narcos isn’t a documentary but it is a true story and you see some crossover in theme and setting between the two shows. Netflix’s own description for Murder Mountain reads, “Exploring Humboldt’s marijuana farms – both legal and illegal – and providing a glimpse into what it takes for an outlaw farmer to cross over to the legal market.” That’s a good description but it also gets into the true nitty gritty difficulties that other documentaries have never dared mention and I was honestly quite shocked to hear some of this being talked about publicly, openly, and on television. Omertà is the code of silence about criminal activity and a refusal to give evidence to authorities practiced by the Mafia. I know we don’t have anything like that necessarily in the cannabis business, but I keep expecting to get a call from my grandmother telling me she’s worried about my safety because she just binge watched “Murder Mountain” on Netflix. If she watches Narcos I can say that’s Mexico and it’s 1985. If she watches Disjointed it doesn’t matter, because it was goofy but makes everything look totally safe. Most cannabis documentaries you see always seem about 3 years behind the times. Usually seems like they shot a lot of material, and then in the time it took to edit and distribute their movie the industry, product landscape, laws and regulations all changed a significant amount. Murder Mountain is different. It all looks like it could have been filmed tomorrow, which is a very impressive feat of film making but it’s also brutally real and scary. Honestly, “Murder Mountain” is the nickname of a place most people think of as the hippy farmer headquarters of outdoor cannabis cultivation? That’s crazy, but if you’ve been there you know it’s a creepy place.

They say cannabis is harmless. I say it myself, often but truth the truth is that no matter how safe any product is, business is deadly. People are dangerous and they kill for money, for status and for reputation. Nothing stays totally danger free once money and human beings get involved. Also: can everybody stop hiring white supremacists to work on farms? That’s just gotten ridiculous. The militia survivalists and marijuana growers shouldn’t have to cross over near as much as they do and if cannabis is ever truly legalized none of this would happen. These activities wouldn’t be crimes so criminals wouldn’t be involved. Just watch how fast and simple it is for them to get their posse organized. That shouldn’t ever be necessary anymore.

So take a peek behind the green curtain and check out “Murder Mountain” on Netflix. It’s a fascinatingly truthful look at what goes into making your favorite thing from an all new perspective — and if you’re in the biz it’s one that you’ll find yourself not only believing, but sharing, for the very first time. Sasquatch gets mentioned too because either by coincidence or conspiracy they happen to all be in that area. Again if you’ve been there you know, it’s totally Bigfoot country.