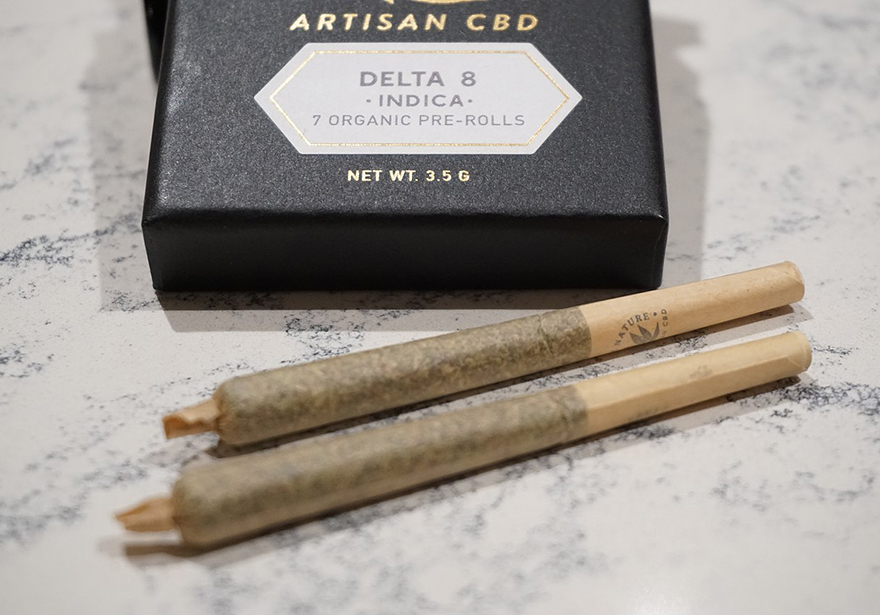 For the first time, the Food and Drug Administration has issued warning letters to five organizations for selling products labeled as containing delta-8 tetrahydrocannabinol (delta-8 THC) in ways that violate the Federal Food, Drug, and Cosmetic Act (FD&C Act).

Some of the warning letters also outlined additional violations of the FD&C Act, including marketing CBD products claiming to treat medical conditions in humans and animals, promoting CBD products as dietary supplements, and adding CBD to human and animal foods. In an announcement, the FDC said they have received reports of adverse events experienced by patients who have consumed these products.

Ironically, just 19 days later, a California federal appeals court ruled May 23rd that Delta-8 THC and other cannabinoids derived from hemp are legal under the 2018 Farm Bill, even if the substances have psychoactive properties. The panel of judges wrote that products made with Delta-8 THC are generally legal under federal law, which defines hemp as “any part of” the cannabis plant, including “all derivatives, extracts, [and]` cannabinoids,” that contains less than 0.3 percent Delta-9 THC by weight. Delta-9 THC is much stronger than Delta-8 THC. Federal statute “is silent with regard to Delta-8 THC,” the court said in its 3-0 ruling.

Delta-8 THC can be derived from the legal hemp flower, and thus the conflict since the 2018 farm bill legalized all hemp products with a low THC level, which in effect legalizes marijuana.

Proponents of full legalization of all cannabinoids feel the Delta-8 THC appeals court approval is only a partial, unfinished end to prohibition while maintaining prohibition on high-THC varieties. They feel it has only grown the cannabis consumer market and exacerbated the need for federal cannabis legalization that includes regulation around product manufacturing, testing, labeling, and other safety standards.” The solution they feel is full legalization of all cannabinoids.

The FDA has previously sent warning letters to other companies illegally selling unapproved CBD products that claimed to diagnose, cure, mitigate, treat or prevent various diseases, in violation of the FD&C Act. It is responsible for protecting the public health by ensuring the safety, efficacy, and security of human and veterinary drugs, biological products, and medical devices, and ensuring the safety of our nation’s food supply, cosmetics, and products that emit radiation.

The more research we have, the more educated we become on uses of Delta-8 THC as well as other cannabinoids. FDA relies on applicants and scientific investigators to conduct research. The agency’s role, as laid out in the FD&C Act, is to review data submitted to the FDA in an application for approval to ensure that the drug product meets the statutory standards for approval.

To date, only a very few CBD and THC products have the FDA’s stamp of approval including Epidiolex, which contains a purified form of the drug substance CBD for the treatment of seizures associated with Lennox-Gastaut syndrome or Dravet syndrome in patients 1 years of age and older. It also has approved (with a prescription) Marinol and Syndros for therapeutic uses in the United States, including for the treatment of anorexia associated with weight loss in AIDS patients. Marinol and Syndros include the active ingredient dronabinol, a synthetic delta-9- tetrahydrocannabinol (THC) which is considered the psychoactive component of cannabis. Another FDA-approved drug, Cesamet, contains the active ingredient nabilone, which has a chemical structure similar to THC and is synthetically derived.

The 5 companies FDA sent warning letters to have requested written responses from the companies within 15 working days stating how they will address these violations and prevent their recurrence. Failure to promptly address the violations may result in legal action, including product seizure and/ or injunction.

Even if Oklahoma legalizes cannabis for adult-use, the Feds will still need to legalize it to pave way for regulated nationwide standards.