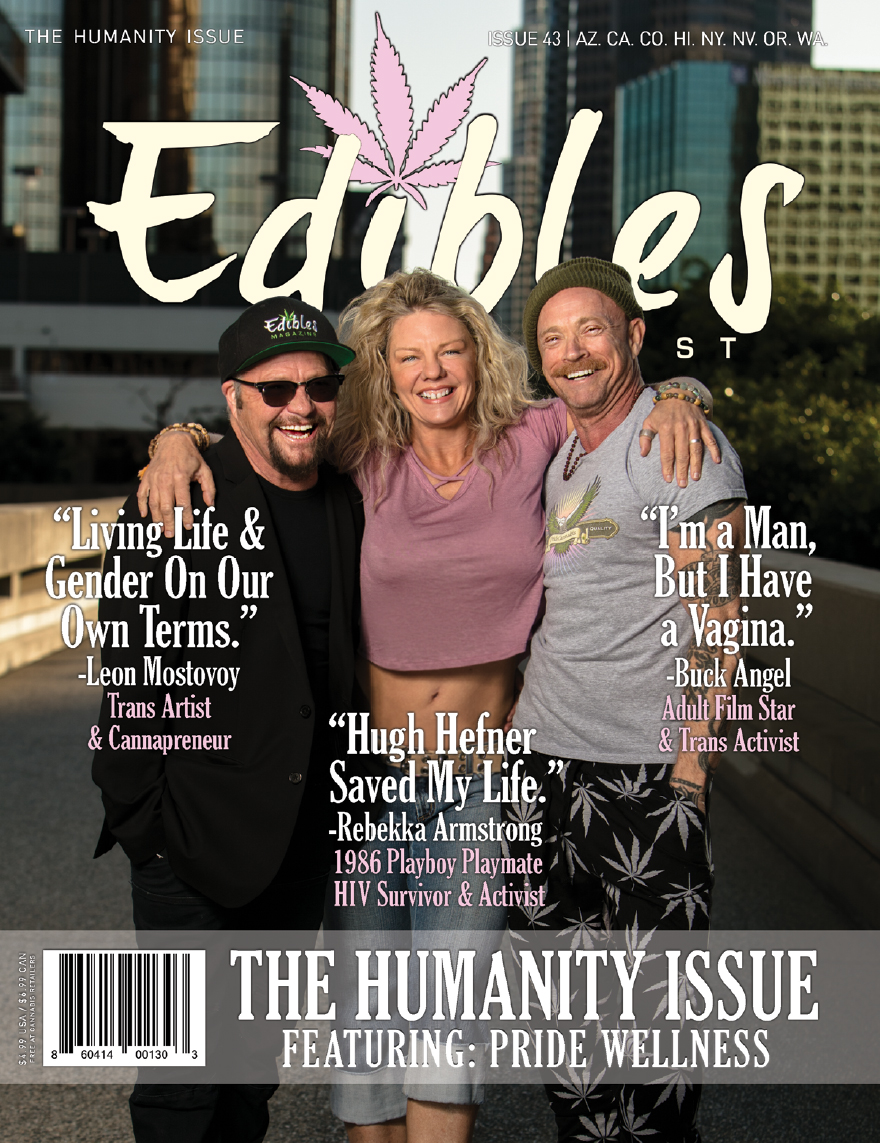 Buck Angel, Rebekka Armstrong, and Leon Mostovoy are among the most unique and extra special people you’re likely to meet in the cannabusiness, much less the world. Each has suffered extreme hardships but gone on to grow, evolve and transform themselves into healthier and happier human beings who are now feeling whole and ready to heal others. Through action, advocacy, and cannabis they’re making it their personal mission to help other people feel better, get better and maintain quality of life. 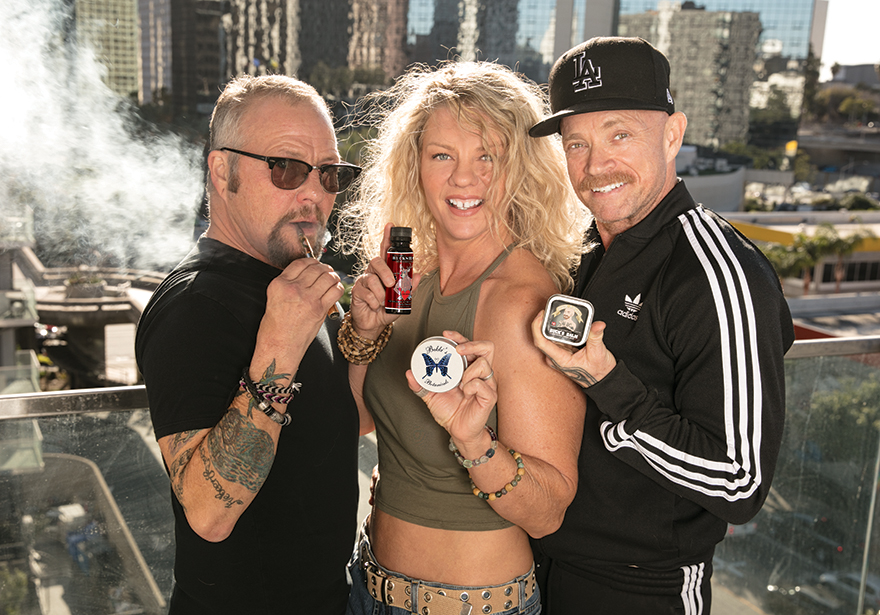 We here at Edibles List Magazine were recently fortunate enough to get together with three of the most extraordinary people working in the cannabis and hemp infused product industry: Buck Angel, Rebekka Armstrong and Leon Mostovoy. They met with us in downtown Los Angeles along with photographer Michael Vegas for a fully infused afternoon of interviews, photographs and fun. Thank you for joining us for “The Humanity Issue.” 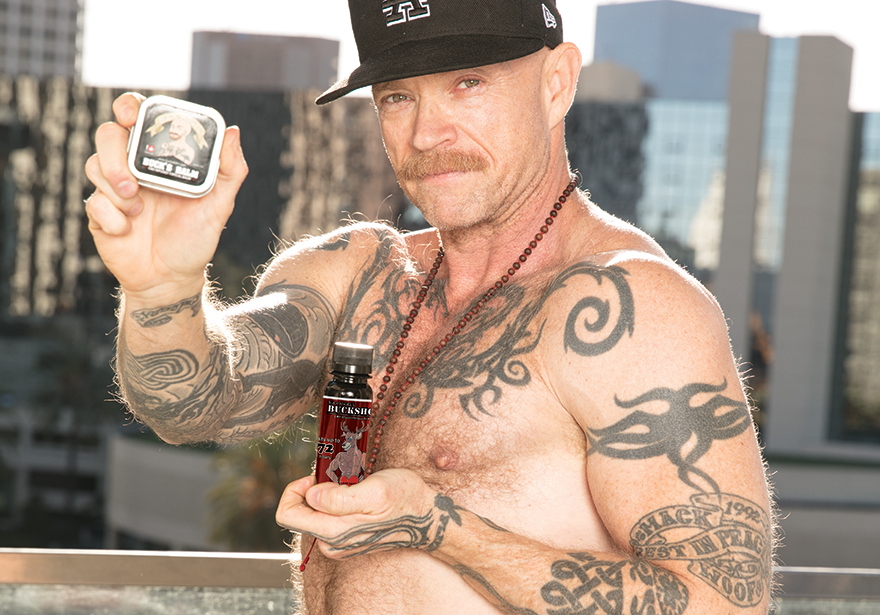 Buck Angel
Buck Angel is a transsexual adult film performer, who is also a producer and motivational speaker as well as a cannabis entrepreneur and advocate. He is the founder of Buck Angel Entertainment, a media production company. A female-to-male trans man, Buck received the 2007 AVN Award for Transsexual Performer of the Year. He now works as an advocate, educator, lecturer and writer. In 2012, Angel began to transition from the porn industry to sex education and also began touring the world speaking about human sexuality. He coined the phrase “it’s not what’s between your legs that defines you.” Angel originally began to produce and star in his own line of adult-erotica themed films under the new studio name, Buck Angel Entertainment. At this time he already identified as male and always presented himself that way, but had not had any bottom genital surgery and still had a vulva, so he promoted these films titling himself, “The Dude With a Pussy.” 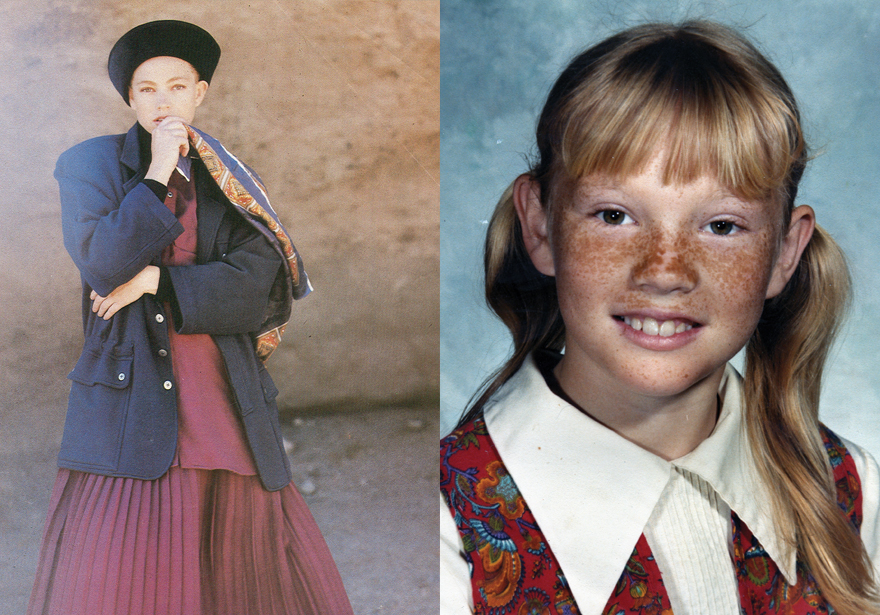 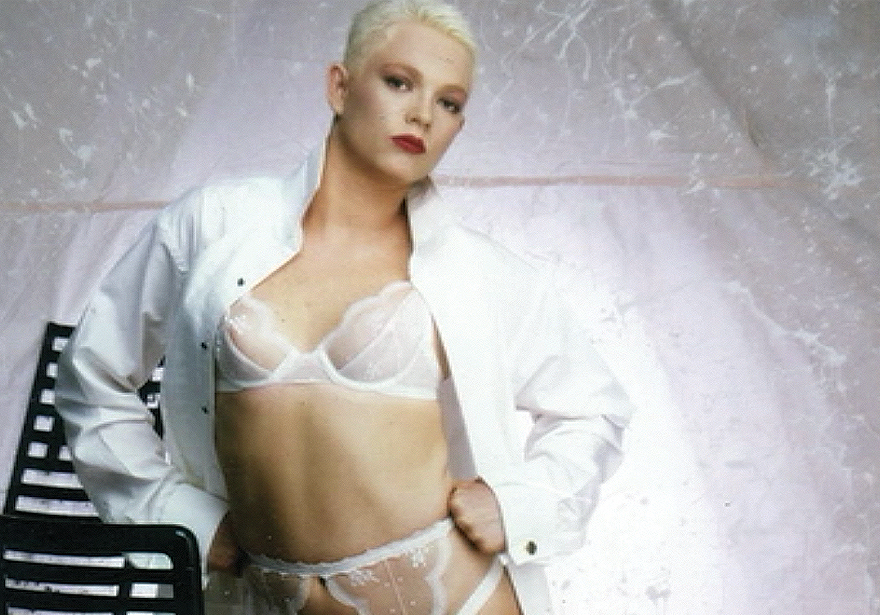 Buck Angel has appeared on some of the most watched and popular content out there, such as The Howard Stern Show, The Joe Rogan Experience, VICE and more. As he continued to do more activism and education, he realized that cannabis had a lot to do with his own healing, acceptance, confidence and sense of ease. After struggling for years with hard drugs and alcohol it was enlightening for Buck to realize that he had even more to teach and share, and that using cannabis could help him help others a great deal. In time he even created his own line of infused products that includes “Buck’s Balm,” a healing topical ointment, as well as the newly developed “Buck Shot CBD Infused Intimacy Enhancement Drink.” 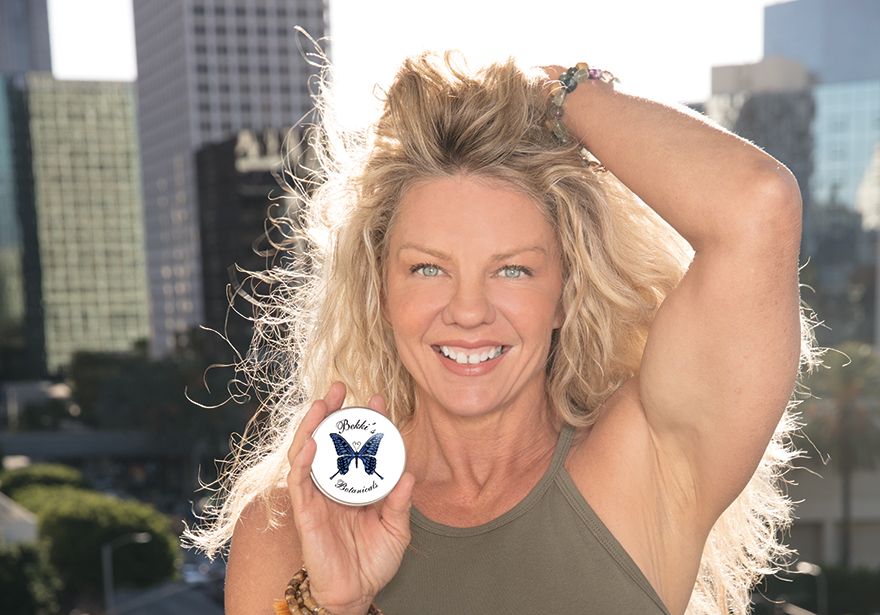 Rebekka Armstrong
Rebekka Lynn Armstrong is an American HIV/AIDs activist and former model and pro bodybuilder. She was Playboy Playmate of the Month for September 1986. Eight years later, she was the first Playmate to publicly announce that she is HIV-positive. On September 27th of 2017, Hugh Hefner passed away at the age of 91. A controversial person during the majority of his career, at the time of his death there weren’t a lot of women coming out in public and saying positive things about Hefner, but Armstrong was. 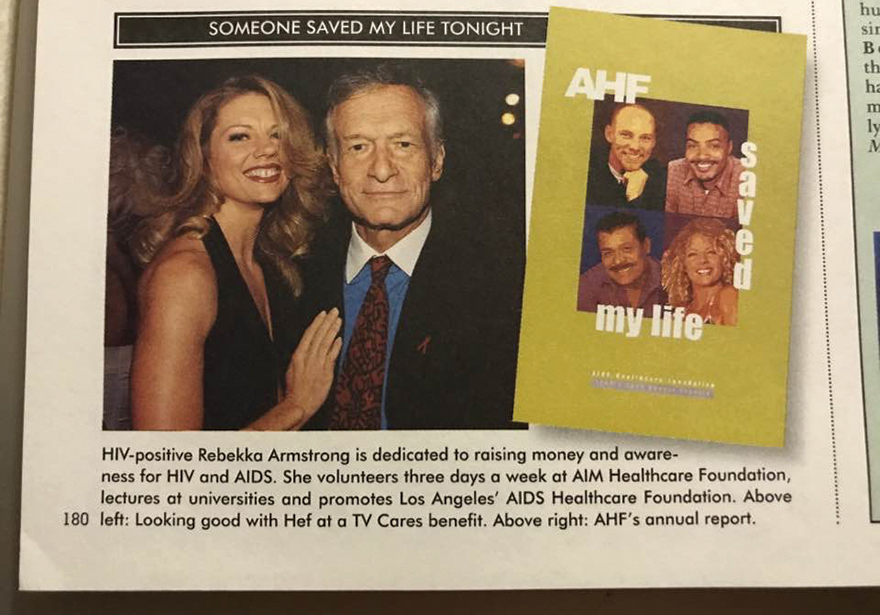 During our interview she went on to tell us, “Hugh Hefner offered me an amazing opportunity to appear on the pages of Playboy and I became Miss September 1986. In 1989, I was diagnosed with HIV and soon after went public with having an AIDS diagnosis, Hef, Cindy Rakowitz and the Playboy Foundation helped me form a tour of Colleges and universities “Playboy’s Sex On Campus” to educate the younger sexually active generation. They supported my activism and helped me in the fight against AIDS! After becoming very ill with AIDS related complications I became very focused on how the virus affected my body. I was determined to fight even harder! I began bodybuilding as a safety net against wasting away and competed around the country and yes, Hef and Playboy supported me again! Thank you so much Hef for giving me a voice. You are truly an amazing man. I will always remember all that you did and mean to me.” 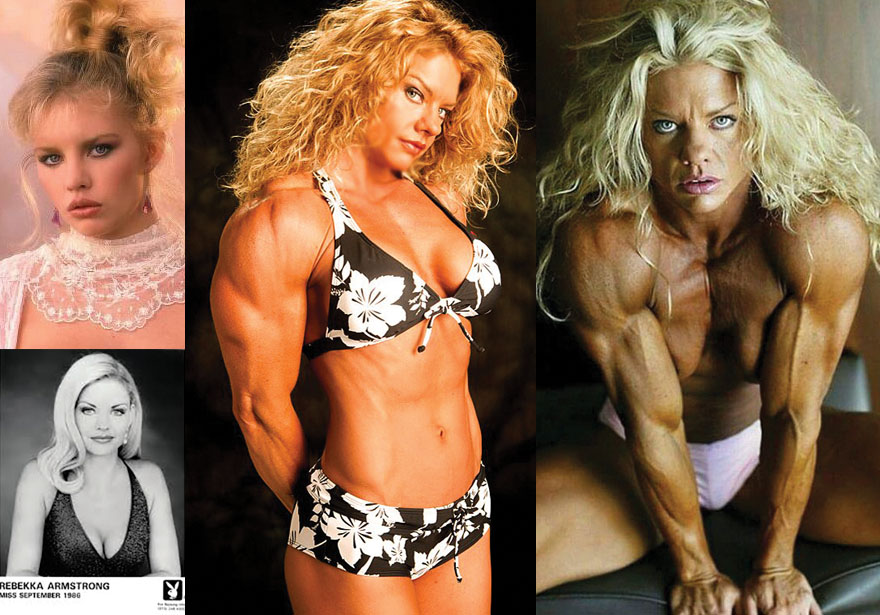 In September of 1994, The Advocate (The National Gay and Lesbian News Magazine) published a cover story titled, “Portrait of an HIV Positive Lesbian Centerfold: The Naked Truth about Playboy Playmate Rebekka Armstrong.” It’s now been over twenty years since that story ran and when asked if she’d like to elaborate at all on where she now feels she is with her sexuality, she responded: “I’m a sexual human being. I’ve been in relationships with men, women and trans. It’s not an issue for me. I feel very strongly that if you are attracted to someone or are in love with someone it doesn’t matter what sex or gender they are. I’m very happily married to my best friend who is a heterosexual man.” 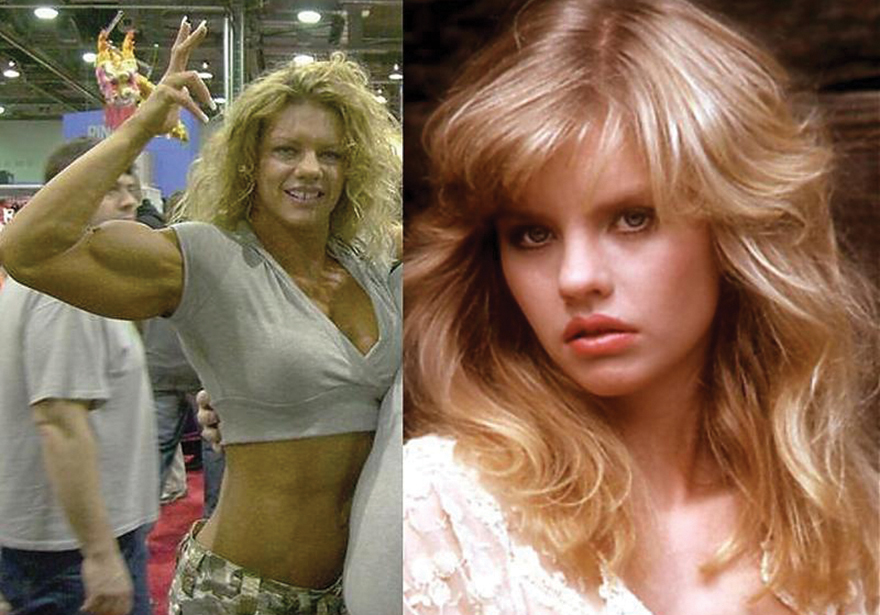 When her physical suffering was at the absolute worst, close friends of hers told her to go to the park in West Hollywood and look for “The Marijuana Man.” She didn’t know who she was supposed to be looking for, but was told he would find her, so she went to the park and waited and waited. Rebekka wasn’t sure if she was in the right place and wanted to leave but no longer had the strength and it was then that he appeared: “The Marijuana Man.” He gave her brownies and flower, then rolled her some joints. He gave her a small pipe and showed her everything she needed to know so she could self-medicate and helped walk her home. The cannabis made her body and mind feel better almost immediately. She ate, she slept, she smoked more and repeated all of the above for the first time in a long time. Now clean and sober, Armstrong doesn’t currently feel the need to medicate with cannabis, but said that if she ever did she wouldn’t hesitate and feels like it’s by far the healthiest treatment you can use for that type of pain, nausea and discomfort. She now has her own line of CBD topical treatments called “Bekki’s Botanicals” and is helping others to treat their own pain. 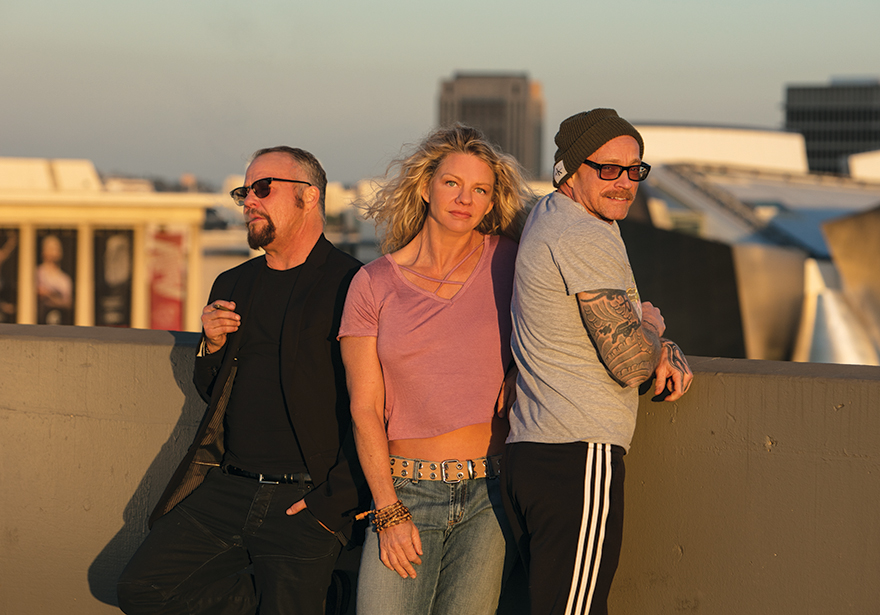 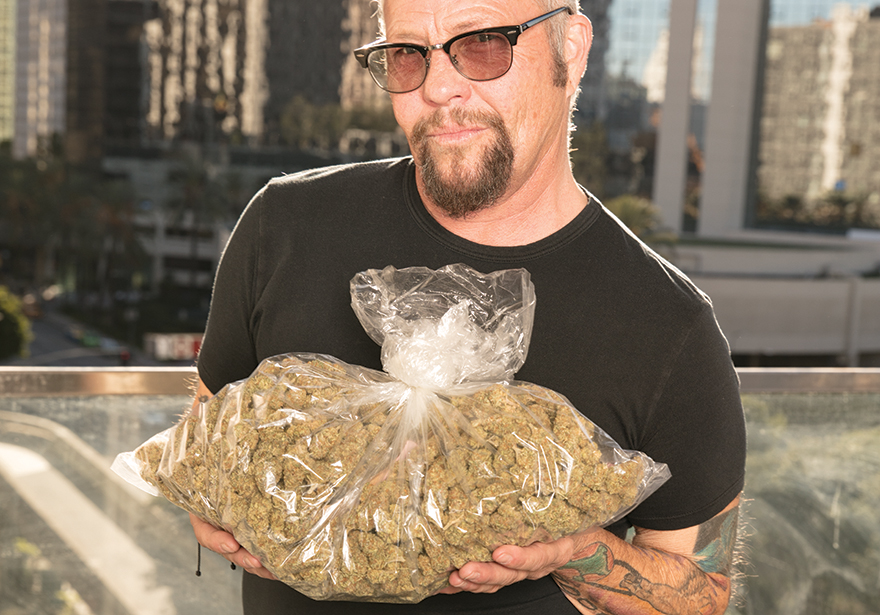 “I stopped working in education three years ago. I had six months of severance pay to get another job, and I was like, ‘Fuck This!,’ I’ll start a cannabis delivery service. I already knew Buck from the community and he and I were both talking about how both of our dogs have seizures. I was like, ‘Come over, let’s see if some of these CBD products are good for our dogs.’ Quickly we realized that we need to do this for the LGBT community, not just for our dogs. Let’s be completely honest here, as a community, we suffer from a hell of a lot of shit, emotionally and physically. We lost most of our generation from HIV and AIDs. 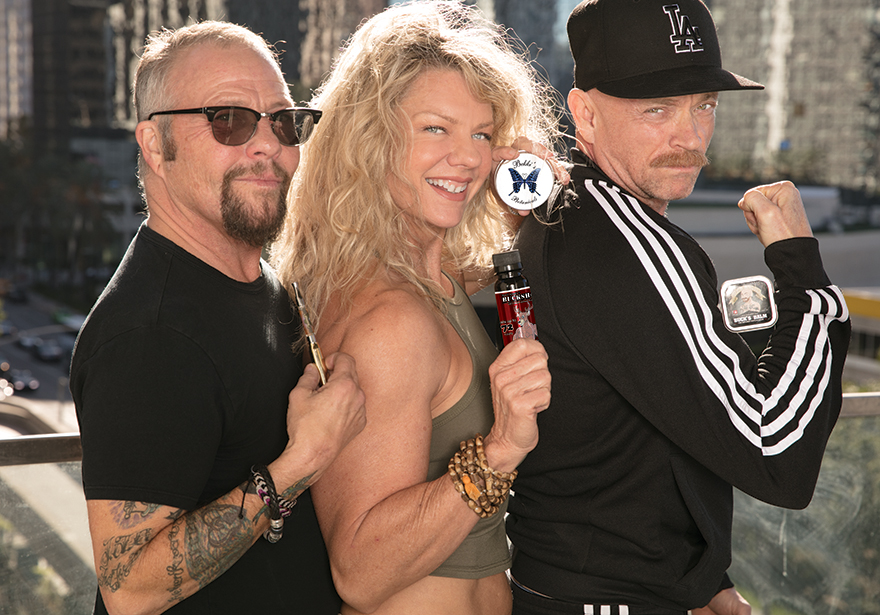 I genuinely lost half my friends. It’s a real thing. So that’s what we’re about.. And that’s why. It’s not like our bodies being trans or LGBT are different from anyone else’s, but we do suffer from more mental health issues like anxiety, depression and Post Traumatic Stress Disorder. The trans community has a particularly horrible time because of the numerous economic disadvantages. There are also too many people in our community who are on so many drugs. A lot trans people can’t afford housing, and it’s a huge problem and there’s still also a lot of sex workers in the gay and trans community, too.” 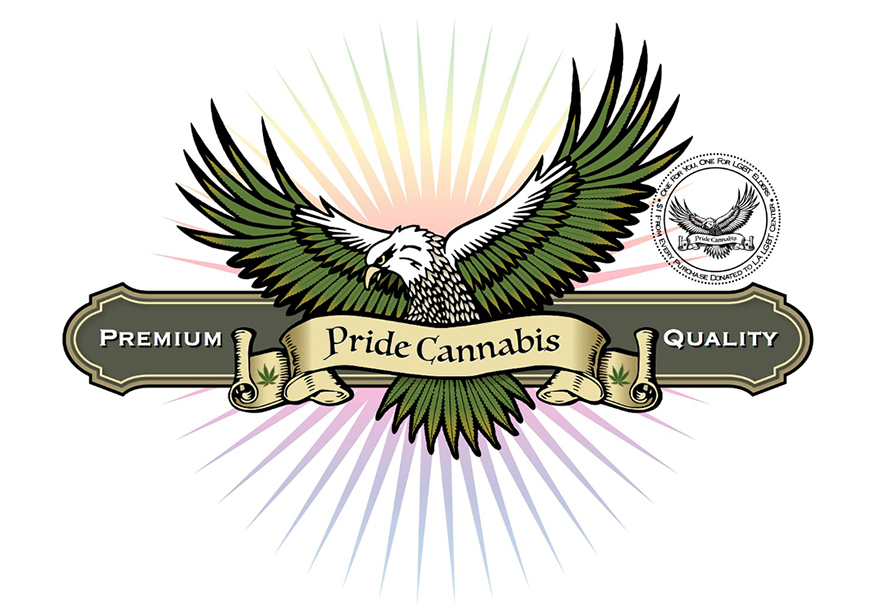 Pride Wellness
(Formerly Pride Cannabis)
Pride Cannabis was founded by Buck and Leon who are both trans men. The company was created to promote natural alternatives to prescribed narcotics, as well as supporting general community health and well-being. Both founders, like many in the community, have struggled with anxiety, depression, addiction, PTSD and insomnia. 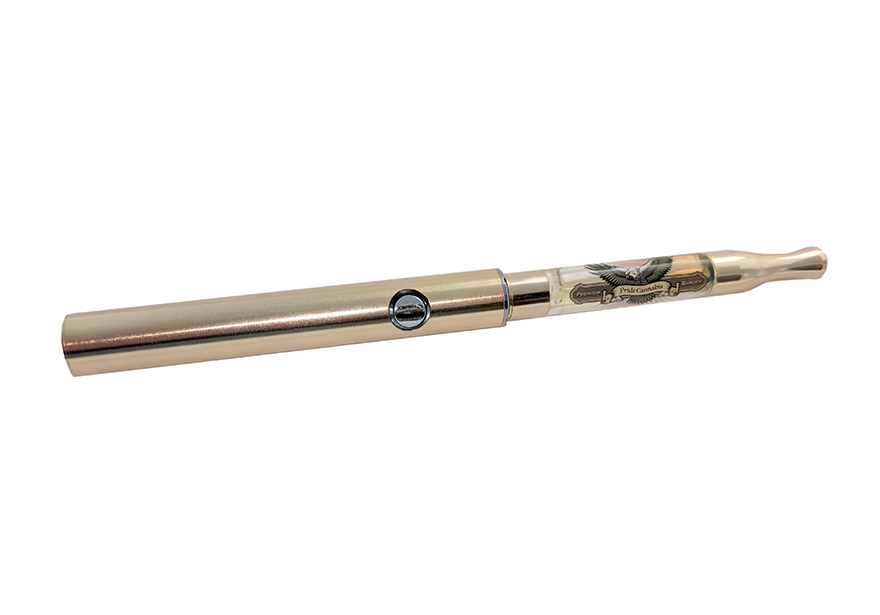 With these issues in mind, Pride Wellness has developed a special line of products to share with the community. Pride gives back one dollar from every purchase to the Los Angeles LGBT center for Senior Living in Hollywood. Pride Wellness has their own line of vaporizer cartridges that includes choices in both THC and CBD. The THC vapes are available filled with either supercritical Co2 extracted cannabis oil or full spectrum plant shatter. The CBD carts, known as “Legacy,” contain absolutely zero THC so you can basically have them sent anywhere and safely carry and use these in most any state. The THC vape cartridges can be purchased in half or full gram sizes and come in Blueberry Kush, Pineapple, Mango, Sweet Melon and Strawberry flavors.

Pride Wellness has also created the perfect cocktail. This CBD mix is made specifically for bars and restaurants to create signature CBD Mocktails or cocktails. Transformation mix is sold to restaurants in 32oz bottles and dosing is 10mg per 1 ml. A one milliliter eyedropper is provided with each bottle for consistent dosing.

We are so grateful to learn and share such incredible, inspiring stories. Very special thanks to Buck, Rebekka and Leon for taking the time to talk with us and spend the day. We’re very excited to see what these three amazing individuals do next. Products mentioned in this article are available for purchase through www.pridewellness.net. Cannabis leaf joggers featured on the cover are available online at
www.buyediblesnow.com.www.BuyEdiblesNow.com