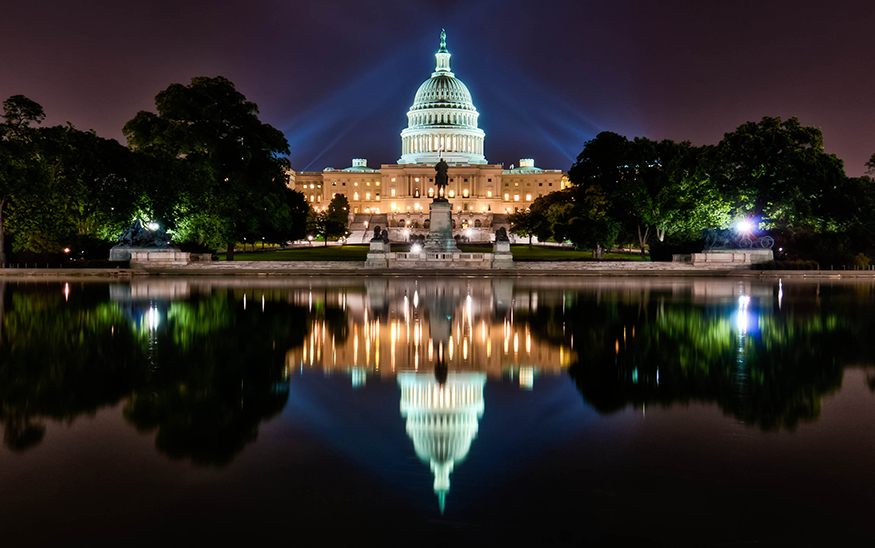 Following in the steps of Colorado, Washington, Alaska, and Oregon, the District of Columbia defied threats from Congress, and legalized the recreational use and possession of cannabis on Thursday, March 5th, 2015, thus becoming the first territory east of the Mississippi River to legalize marijuana.

Democratic Mayor Muriel Bowser, who took office in January, said it was her duty to implement the initiative city voters approved overwhelmingly in November.

The new law went into effect despite last-minute maneuvers by Republican leaders in Congress and threats that city leaders could face prison time.

“This is a major milestone on the road to ending marijuana prohibition in the United States,” said Robert Capecchi of the Marijuana Policy Project, which advocates for legalization. “If the president can brew and drink beer in the White House, adults should be allowed to grow and consume a less harmful substance in their houses.”

In DC, possession of up to 2 ounces of pot for use at home is now legal, and people are also permitted to grow up to three mature plants. Smoking marijuana in public remains illegal, as does buying or selling the drug.

Two days prior to DC’s initiative going through, Alaska also implemented a voter initiative legalizing the private use, sharing and cultivation of recreational pot, but lawmakers there won’t implement the next phase — creating a regulated market where legal marijuana can be sold and taxed — until 2016 at least.

The District’s initiative was approved by 65 percent of the voters in November 2014. The initiative only addressed personal possession, not taxation or regulation. While DC leaders acknowledge that Congress blocked any effort to implement a legal marijuana market, they believe Congress acted too late to stop legalization for private use.

Members of the Oversight Committee wrote a letter to Bowser, warning that by spending money to change marijuana laws, District officials would be violating the Anti-Deficiency Act, which prohibits “misappropriating” federal funds. The Anti-Deficiency Act was originally enacted in 1884, with major amendments occurring in 1950.
No one has ever been convicted or indicted, although city and federal workers and agencies have been punished administratively for violations. While conviction seems unlikely, the Oversight Committee demanded to see all District documents detailing money spent and time put in by city employees to implement the initiative. However, it would be up to the Justice Department, not Congress, to prosecute District officials.

“Bullying the District of Columbia is not what his constituents expect, nor do ours,” Bowser said. “We do disagree on a matter of law. There are reasonable ways to resolve that without us threatening him or he us.”

Congress has not vetoed a specific city law in 25 years. Instead, members often add language to critical pieces of federal legislation to undo unfavorable city policies. The language on cannabis was included in a spending bill President Barack Obama signed to keep the government running.

The plan sponsored by Republican Senator Rand Paul and Democratic Senators Cory Booker and Kirsten Gillibrand would “allow patients, doctors and businesses in states that have already passed medical marijuana laws to participate in those programs without fear of federal prosecution,” according to a statement the three Senators released March 9th.

“Doctors and patients deserve federal laws that are fair and compassionate, and states should be able to set their own medical marijuana policies without federal interference,” said Sen. Booker.

“I am thankful to Senators Gillibrand and Paul as well as the Drug Policy Alliance for their hard work on this common-sense bill to make medical marijuana accessible to the millions of Americans who could benefit from it.”

The bill would reclassify cannabis as Schedule II or III, completely declassifying the most medically beneficial low-THC high-CBD strains, essentially ending the federal ban on marijuana. This change alone would lift the current restrictions on studying cannabis, because the government cannot federally fund research of a Schedule I drug.

Beyond the rescheduling of the cannabis, it would open up full banking access for marijuana businesses, and allow easier access for war veterans to obtain medicinal cannabis. It would also get the government out of doctor-patient relations and save taxpayer money on medical dispensary raids.

Inclusive in the massive list of changes in the way marijuana is treated legally, is ending federal raids and other forms of interference towards state medical marijuana programs. Not all states would have to adopt medical marijuana, unless voted in, but it would protect the states that already have it in place.

“Talking about reducing the role of government interference in our personal lives and enhancing personal freedom and autonomy, reducing government spending — those are all conservative talking points,” Dan Riffle of the Marijuana Policy
Project says.

This historic announcement of such legislation has many legalization advocates applauding the senator’s’ efforts. But it isn’t actually the first of it’s kind to get introduced. Senate Bill H.R.499 Ending Federal Prohibition on Marijuana Act of 2013 was introduced in February of 2013. In December 2014, signaling this major shift in drug policy, a provision buried deep within a 1,603 federal spending measure quietly ended the federal government’s prohibition on medical marijuana.

Marijuana has been sold and regulated in the United States as early as 1860. The Marijuana Tax Act of 1937 placed a tax on the sale of cannabis, causing the first man to go to jail in history for cannabis, for not paying tax on a joint.

George Washington and Thomas Jefferson both grew hemp. Ben Franklin owned a mill that made hemp paper and the Declaration of Independence was drafted by Jefferson on hemp paper. From 1942-1957 the government encouraged farmers to grow hemp and issued tax stamps for the cultivation of hemp fiber. As early as the 1600’s, it was mandatory for Colonies under the crown of the European motherland to farm hemp.

As cannabis and hemp have been legal and illegal in the past federally, it would appear that history is certain to repeat itself. While there seems to be major light at the end of the tunnel for our industry, the bill would still have to be voted into effect by both houses of Congress.