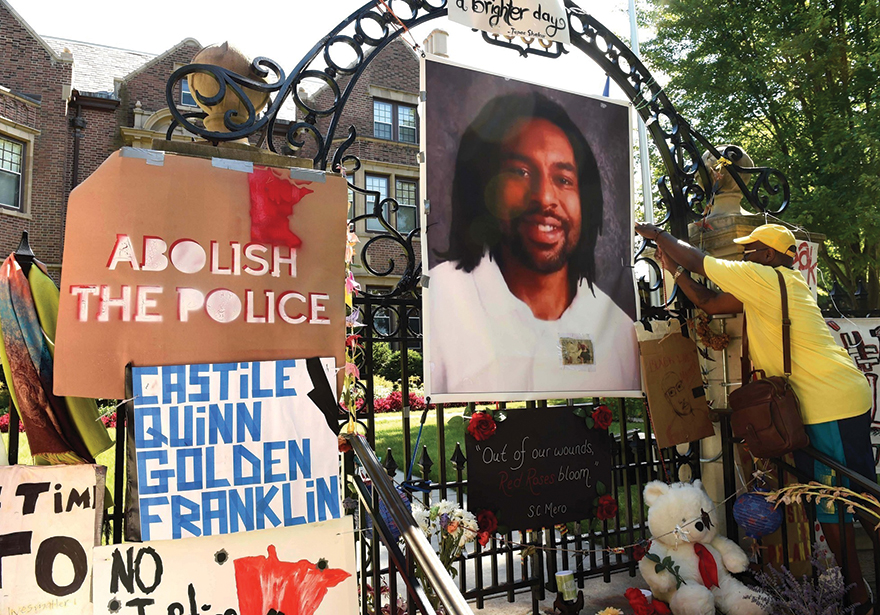 Weeks have passed since the shocking and disappointing acquittal of the Wisconsin police officer who killed Philando Castile. On July 16th, 2016, Castile was driving with his fiancee Diamond Reynolds, and her daughter Dea’Anna, when they were suddenly pulled over by Officer Jeronimo Yanez over a broken taillight. When asked to show his identification, Castile promptly informed the officer that he was carrying a firearm in his car, of which Yanez instantly reacted by pulling out his own sidearm and shooting him dead while Castile was still in the car. Reynolds livestreamed the aftermath of the horrific incident to Facebook which has since gone viral. Afterwards, for no particular reason, Reynolds was later arrested with her daughter in tow.

With Yanez’s acquittal, bizarre new details have surfaced which reveals the officer’s intent of killing Castile. Fifteen hours after the incident, Yanez explained to investigators from the Minnesota Bureau of Criminal Apprehension that he smelled “burnt marijuana” in Castile’s car which made him in fear of his life:

“I thought I was gonna die and I thought if he’s — if he has the guts and audacity to smoke marijuana in front of the five-year-old girl and risk her lungs and risk her life by giving her secondhand smoke, and the front-seat passenger doing the same thing, then what — what care does he give about me?”-Officer Jeronimo Yanez

This claim is undoubtedly a textbook illogical fallacy as marijuana has been repeatedly proven to decrease aggression in users. Regardless, Yanez’s defense attorneys ran with the argument that Castile was stoned at the time of the incident and that his death of was of his own doing. In a closing statement, Yanez’s defense attorney said, “Had it not been for Castile’s decision to ‘get stoned’ on marijuana before operating a vehicle while armed with a gun, and further his decision to ‘ignore’ Yanez’s commands not to reach for his firearm, ‘none of this would have happened.’”

With Yanez’s acquittal based on this argument, it is this columnist’s opinion that this now sets a dangerous and unfair precedent as to how police officers can treat cannabis users. While brute force towards offenders is not an uncommon approach for the police, the use of lethal force based on the perceived smell of cannabis can now be a guarantee for a police officer to get away with murder. Yanez’s lawyers used the demonizing preconceptions of cannabis in order their client to get away scot-free, which may have potentially damaging consequences to cannabis users nationwide, especially for those who live in states where the substance is still very illegal. Should a cannabis user find themselves in trouble with the law, this situation may result with the user facing the end of a gun.