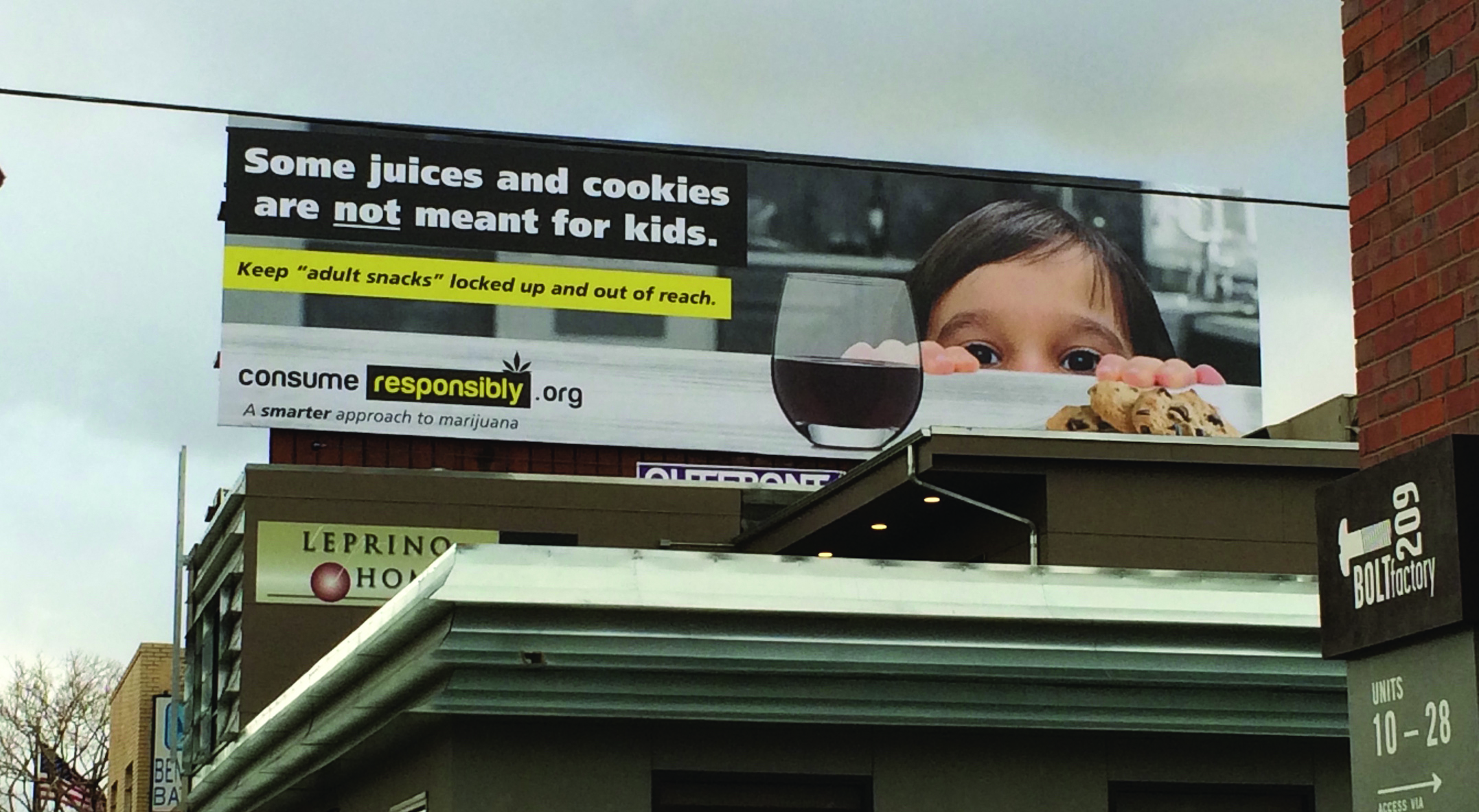 At an intersection in Denver, CO, a billboard has been erected in which passerby’s are confronted with a woman sitting on the edge of her bed in a bleak hotel room with her hands on her head, seeming to be in a mental and physical crisis. The ad states “Don’t let a candy bar ruin your vacation,” and the tip “With edibles, start low and go slow” below. Helping to bring awareness to the public is part of the marijuana activist organization Marijuana Policy Project, and is intended to warn those who choose to consume marijuana edibles to ingest the appropriate dosage and take it slowly.

The scene depicted takes one back to New York Times columnist Maureen Dowd’s recently infamous retelling of her less than favorable experivence of ingesting too much of an edible, causing her to “lay curled up in a hallucinatory state for the next eight hours.” Her story went instantly viral and, not surprisingly, struck up debate for safe consumption and the dangers of not having the adequate amount of knowledge.

“We don’t want adults to be over-consuming marijuana, just like we don’t want them to be over-consuming alcohol. We need to be encouraging them to be responsible, and giving them the information they need to do that,” stated Marijuana Policy Project spokesman Mason Tvert. Colorado state regulators are discussing ways to provide patients and consumers with more detailed packaging and labeling, and stricter regulations on the amount of THC dosage allowed in each product.

Mr.Tvert went on to say, “The problem is that people have just not really been educated about the actual effects of marijuana and marijuana products. They’ve simply been told never to use it, and that they’re stupid if they do. And that’s not a very useful education effort.”

For some, this billboard may be a questionable way to advocate for marijuana reform, but it certainly shows signs of educating users of marijuana for medical and recreational use becoming more widely accepted into mainstream culture.