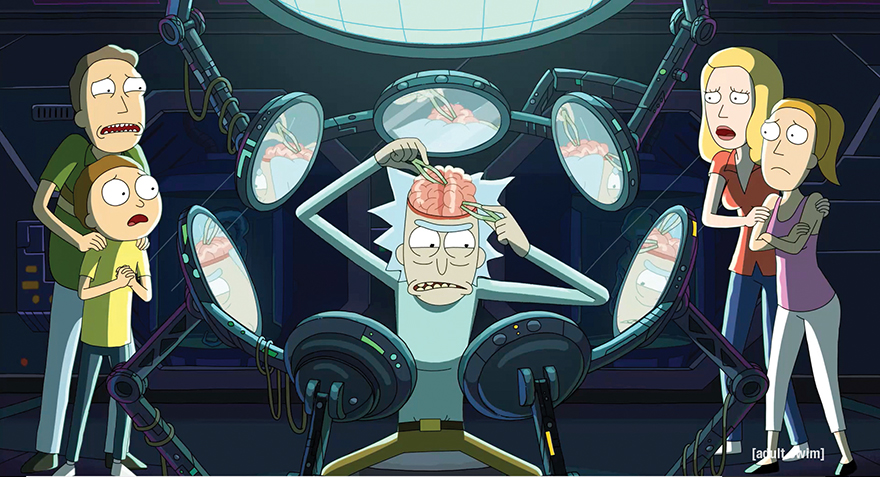 Just in case you didn’t already know, “Rick and Morty” is an American adult animated science fiction sitcom created by Justin Roiland and Dan Harmon for Cartoon Network’s nighttime Adult Swim programming block and it’s been going since late 2013. It’s also incredibly popular with cannabis users and you’ll see numerous bongs and rolling trays decorated with artwork and characters from the show in just about any smoke shop in the country. Originally the show was something of a raunchy Back to the Future parody containing elements of Doctor Who and some common sitcom conventions. Rick Sanchez is an eccentric, alcoholic mad scientist, who cares nothing for ordinary conventions such as school, marriage, love, and family. He frequently goes on adventures with his 14-year-old grandson, Morty, a kind hearted but easily distressed boy, whose naïve but grounded moral compass is counterpoint to Rick’s Machiavellian ego.

It’s been over a year since any new episodes of Rick and Morty have been released and now that the wait is over fans can watch this episode for free on the Adult Swim Youtube channel. “Time Fudgery” is a staple in the sci-fi genre and like the Back to the Future films that originally inspired them, it’s one Rick and Morty has played with on multiple occasions. In the episode 5 premiere, Morty becomes public enemy number 1 to a blue dog-like beings in a Narnia world and the convention of hyper-accelerated time passage is used to build and destroy the universe on the other side of the time/ space portal numerous times while blazing through a number of sci-fi and fantasy worlds covering everything from Games of Thrones to Dune, to The Terminator, Logan’s Run and The Matrix. It’s hilarious and disturbing at the same time, as is often the case with this cartoon.

The real star of this episode is a new character we’re introduced to for the first time: Mister Nimbus. He’s an Atlantean, pansexual Aquaman-like being who is King of the Sea, magically controls the police, has a magic ocean horn and loves food, wine and orgies. He’s also Rick’s long-time nemesis as it turns out. This show is essentially a comedy of errors, usually consisting of the juxtaposition of two conflicting scenarios: an extremely selfish, alcoholic grandfather dragging his grandson along for interdimensional adventures, intercut with domestic family drama. The newest episode has Morty taking more initiative than usual and the result is comically tragic, but the plot threads tie together perfectly and the season seems off to as good a start as anyone could hope for. It’s also some of the hands down, all-time, best late night cartoon viewing to watch while you’re really high. For maximum enjoyment I suggest eating a 25mg edible 20 minutes before starting the episode and doing a dab during the opening credits.