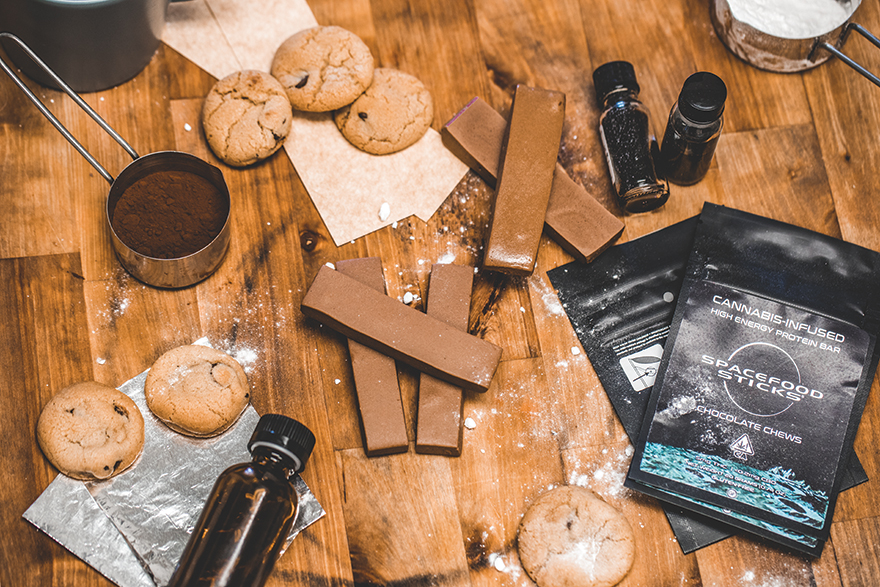 Space Food Sticks are snacks created for the Pillsbury Company in the late 1960s by the team responsible for the first solid food consumed by a NASA astronaut and were promoted for their association with NASA’s efforts to create a safe, healthy, high protein and nutritional space food. Now Space Food Sticks are back and now they’re infused with THC. July 20th, 2019 marked  the 50th anniversary of the first humans landing on the Moon on July 20, 1969 as part of NASA’s Apollo 11 lunar mission so it’s the perfect time for these out of this world treats to be making their return to orbit. In 1972, astronauts on board Skylab 3 ate specially modified versions of Space Food Sticks, so yes — they really have been to space. Space Food Sticks disappeared from North American supermarket shelves in the 1980s. They were revived by Retrofuture Products and now they’re available as a low-dose, THC infused cannabis edible. This marks the first time that a major brand has re-entered the market as a cannabis product and we can’t think of a more appropriate snack to hold this very high honor. Space Food Sticks taste delicious and can best be described as resembling a high end Tootsie Roll crossed with a creamy, chocolate taffy, but they also contain protein and provide a boost of energy necessary for space missions and whatever else you may get up to. At 5MG of THC, it’s just enough to take the edge off and make you feel great without slowing anyone down too much or feeling too heavy.

High protein, chewy, chocolate astronaut food infused with a five milligram dose of cannabis? Sounds like a perfect combination of food, fun, and THC. Space Food Sticks might be Earthbound for now, but Dale J Chamberlain, the former NASA botanist and bioengineer who runs the High Altitude School of Hydroponics (HASH) in Colorado and writes for Edibles Magazine, said, “Remember- there’s no smoking in space, so edibles are where it’s at, and where it’s going!” If the new Space Force winds up needing edibles, they’re already here.

Visit BuyEdiblesNow.com to see where you can get the new and infused Space Food Sticks.