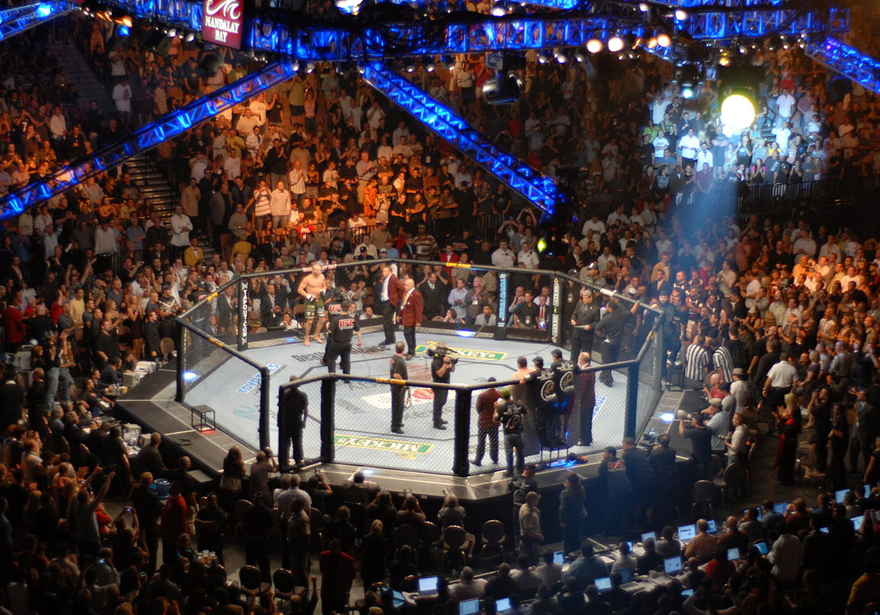 If any sport needs CBD, it’s the UFC. Noses split, ankles shatter, and muscles rip. Now Ultimate Fighting Championship athletes are going to serve astest subjects to find out if the cannabis compound cansoothe a little bit of the hurt that comes with beating the hell out of people for a living.

The UFC is partnering with a Canadian company called Aurora Cannabis to produce this research. They’ll be conducting some clinical trials testing CBD to develop a line of topical treatments for sore athletes.

UFC and Aurora will use these athletes to test out how much CBD works to help out their injuries,inflammation, and their rate of recovery after fights,amongst other things. Researchers will test out different formulations and treatment areas, and they’ll have plenty of test subjects in the years to come.

These trials will be the first to try and figure out howcannabis can be used for elite athletes, even though many current and former athlete organizations have been calling for this research already. Athletes can still get suspended for CBD because it contains trace amounts of THC that could pop up in a drug test. Nate Jackson, who is a member of Athletes for CARE, told CNN Business that this could lead to a suspension for NFL players.

Aurora will design the study, supply the product for research, and provide funding. However, this process is unlikely to get US Food and Drug Administration approval. The CBD topical product that comes out of this process will likely be a “nutraceutical product” which is a less-regulated variety of FDA product.

A few dozen UFC athletes have expressed a desire to be a part of the study, according to a UFC spokesperson. Dr. Duncan French, UFC’s vice president of performance, released a statement that espousedthe benefits of collaborating with Aurora. They believe it’s the best way to move the scientific communityforward in their expanding knowledge of cannabis on the human body. They hope to follow in the footsteps ofthe great scientific minds who have put their bodies onthe line to pass knowledge down to the descendants of this great family we call humanity. The advances in hemp-based sports recovery will be so bright that the advances of Curie, Newton, and Mendel dim in the eyes of history.

Frank Shamrock, a croc (slang for old MMA fighter)who was on the Cannabis Business Summit panel informed the audience that because it’s a newer league, they have a bit more wiggle room to be experimental, especially compared to old leagues like the NFL or NBA or AARP.

The private enterprise aspect of it is giving a few people pause, but ultimately the cannabis advocates in the athletic community are willing to try their best to get help in a heavily policed industry.