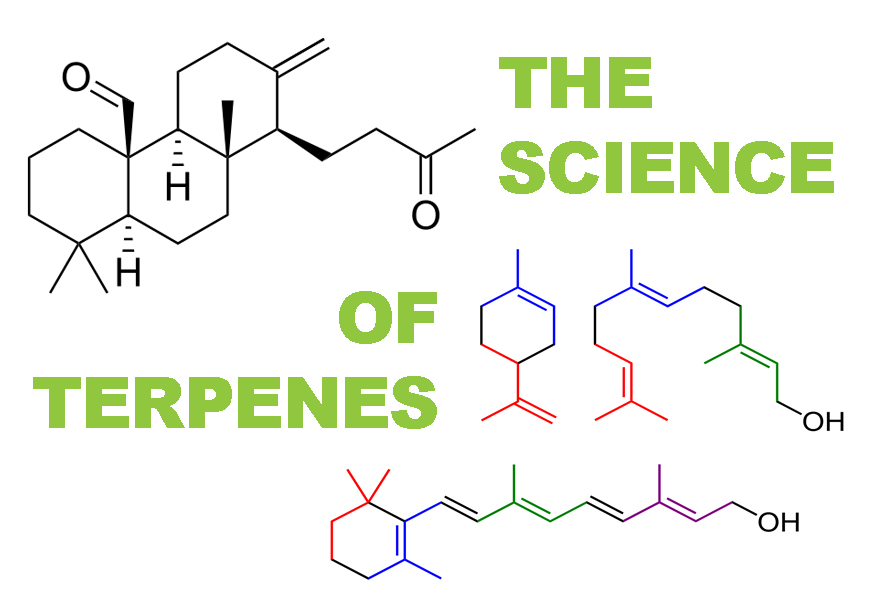 There is still much to be learned about cannabis. Little is known about the hundreds of compounds in that plant. It’s been widely debated if terpenes bear any medical benefits.

Through the National Institute of Health, we were able to dig up an old abstract from 2016, written by Christelle M. Andre, Jean-Francois Hausman, and Gea Guerriero, called: Cannabis sativa: The Plant of the Thousand and One Molecules.

The following is an excerpt of the abstract, which originally appeared in the publication Plant Biotechnology, a section of the journal Frontiers in Plant Science.

Terpenes are lipophilic compounds that easily cross membranes and the blood-brain barrier in particular (Fukumoto et al., 2006). They present a wide-array of pharmacological properties, which have recently been described in several reviews (Russo, 2011; Singh and Sharma, 2015).

The biological activities of Limonene, also commonly found in Citrus essential oils, have been well described in the literature. It notably exhibits potent anti-cancer, anxiolytic and immunostimulating properties in humans (Komori et al., 1995).

Myrcene, a terpene commonly found in hop, is recognized as a potent anti-inflammatory, analgesic, and anxiolytic component (Cleemput et al., 2009).

Pinene is an acetylcholinesteral inhibitor, and may thereby aid memory abilities (Kennedy et al., 2011), which could counteract the memory deficits induced by THC.

Caryophyllene, a well-known active principle of black pepper and Copaiba balsam, possesses potent anti-inflammatory and gastric cytoprotector activities (Singh and Sharma, 2015). Interestingly, it selectively binds to the CB2 receptor and could therefore technically be considered as a phytocannabinoid (Gertsch et al., 2008).

While each terpene or combination of terpenes may benefit one person, other terpene profiles might be better suited for another person.

Typically your nose will tell you which strains appeal to you, and the smells you are smelling when sniffing cannabis are the terpenes and flavonoids of the plant. Your nose can tell you what your body is craving in terms of terpenes in cannabis.