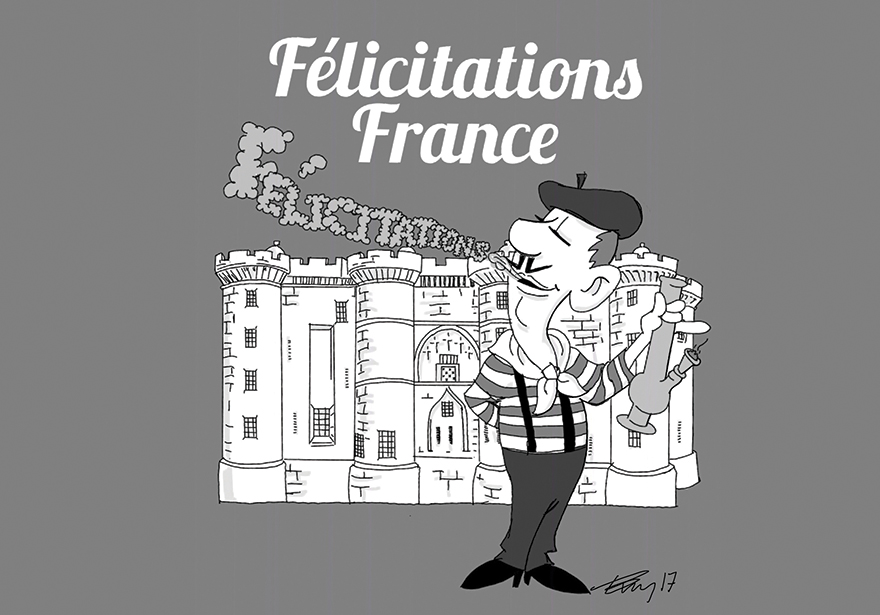 Newly elected French president Emmanuel Macron and his administration will be fulfilling their promise of progressive cannabis reform by implementing a new law by the end of the year that will end prison terms for cannabis users. However, according to spokesperson Christophe Castaner, these changes stop short of outright decriminalizing the plant itself.

Castaner explains that it takes a police officer an average of six hours to make a single drug arrest which equates to the same amount of time used by the magistrate’s office in order to carry out the punishment. “Is the system effective? No,” Castaner said. “What is important today is to be efficient and above all to free up time for our police so they can focus more on essential matters.”

A member of France’s police officers’ union supports these changes by saying, “It is a good idea that takes into account reality. Most police officers who stop consumers tell them to throw the joint away and then let them go.” While the new law promises to end prison sentences for cannabis use, according to Macron’s statements during his campaign, offenders caught by police may be ticketed up to 100 euros in fines.

France is currently one of six countries in the European Union that criminalizes the use of cannabis. Cannabis possession in France carries a sentence of up to one year in jail including a fine of up to 3,750 euros. Cannabis possession remains illegal in the EU as a whole, but a majority of countries have mitigated the severity of punishments. Currently in countries including Spain, Portugal, Luxembourg, Bulgaria, Estonia, Latvia, and Lithuania, offenders are either fined or given rehabilitation.