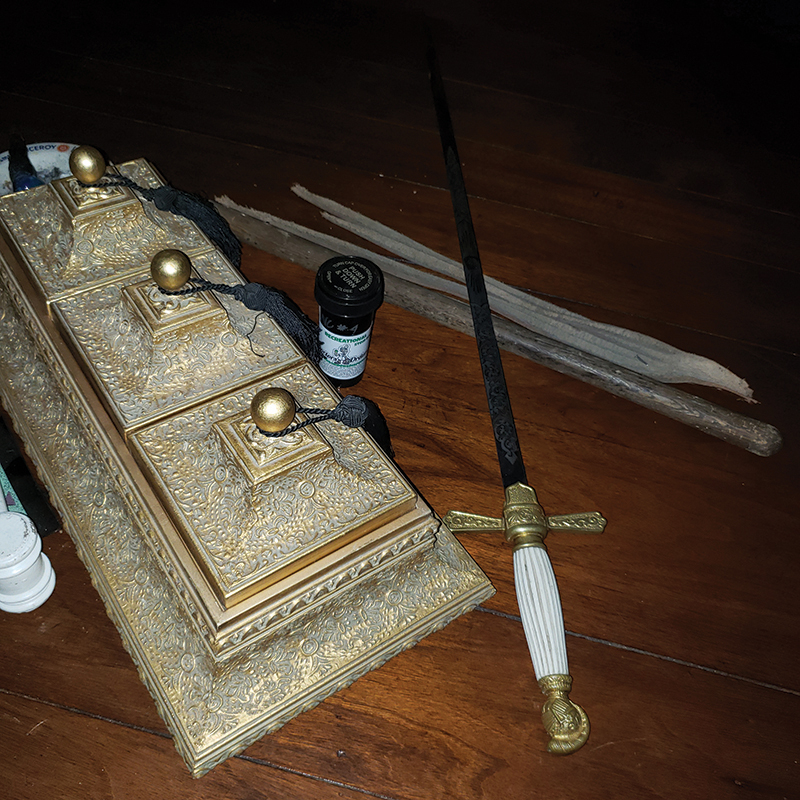 While in Walsenburg, Colorado, I was told by Skylar Walker from Pharm Aid Farms that the Colorado Cannabis Growers Association had started renting a building with the address, 420 Main Street. Even better, it was an old Freemasons lodge, and on top of that it was supposedly haunted. Sky also said, “There’s no power there right now, so it’s totally dark.” We were heading into town anyway so I asked if there was any chance we could drop by and see it? A haunted Masonic lodge with no power at night and with the address of 420 seemed to weird and cool an opportunity to pass up. We went to a local recreational dispensary called The Meduso Company where we watched a few minutes of The Emmys and loaded up on smoking supplies. We met Greg of the CCGA sitting in a rolling office chair on the sidewalk outside of the building. The historic Walsenburg courthouse was just across the street from the Freemason’s Lodge (built in 1910), and we made our way inside using our phones as flashlights. 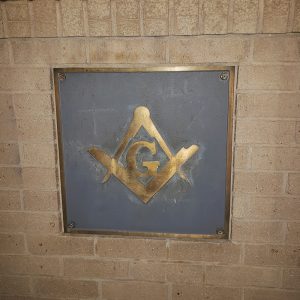 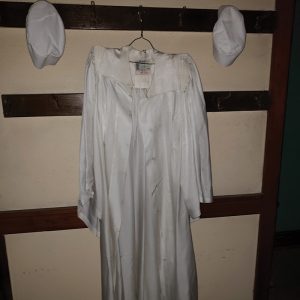 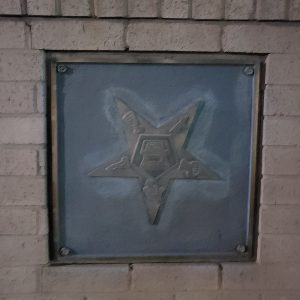 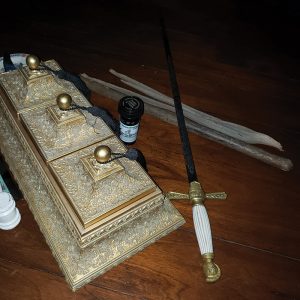 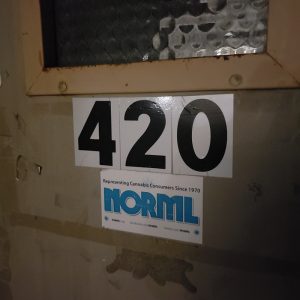 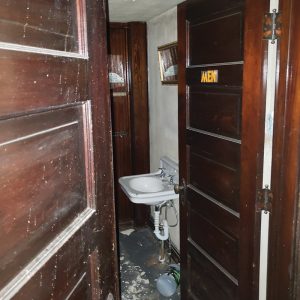 We started rolling some joints after we all had found some seats in the dark there in the main hall and Greg told us that before the grower’s association began meeting there, some of the locals were not comfortable with the idea of the building being used. “This lady in town named Barb, Barb told me that there’s only one building in town she won’t set foot in, and that’s the one.” Greg continued, “Barb said, ‘You gotta get that place cleansed. You need to get the evil out and I don’t mean with a priest. A priest aint’ good enough. You need a Shaman, like a real medicine man.’ And I know the tribal guys around here so I found the Shaman and he said he’d need a meal and some tobacco, cause’ that’s the price for him, and that he’d do the ceremony.” Let me add that this was all being told by the light of a smartphone while we passed the jay around and that space was genuinely scary as all get out.

Greg continued, He cleansed the place for sure. We had to do every level, upstairs, the basement. It was creepy, it’s still weird being here. One of the spirits, it hit my friend hard enough to knock him right over. We all felt it. We hit his peace pipe for protection and to finish the ceremony but you could definitely feel those spirits. It was like nothing I’d ever experienced before. And because we’d been touched, the Shaman told us there’d been three of these evil demons there total, and then because we’d been touched by some bad mojo we had to go to a sweat lodge and get purified of it. Now all through that ceremony in the sweat lodge I could feel buffalo fur rubbing on me the whole time because that’s my spirit animal. Everyone else was jealous because the buffalo is the best, and that’s what was protecting me here during the exorcism. Now we use this space for our meetings and it’s fine, because everyone knows the ghosts are gone”  We toured the rest of the building, which seemed like it had been abandoned in a hurry, and found a sword, a gavel, scrolls, a chess set, Mason’s robes and uniforms, a piano, candles, an alter and more old stuff like that. It was so surrealistic and eerie. So glad I went. Masons, and ghosts, and cannabis – oh my. I love it when trips take these side tracks.

If you’re ever in Walsenburg, Colorado and have a chance to visit 420 Main Street, I highly recommend it. Now that the demons have all been chased away of course. Happy Halloween!