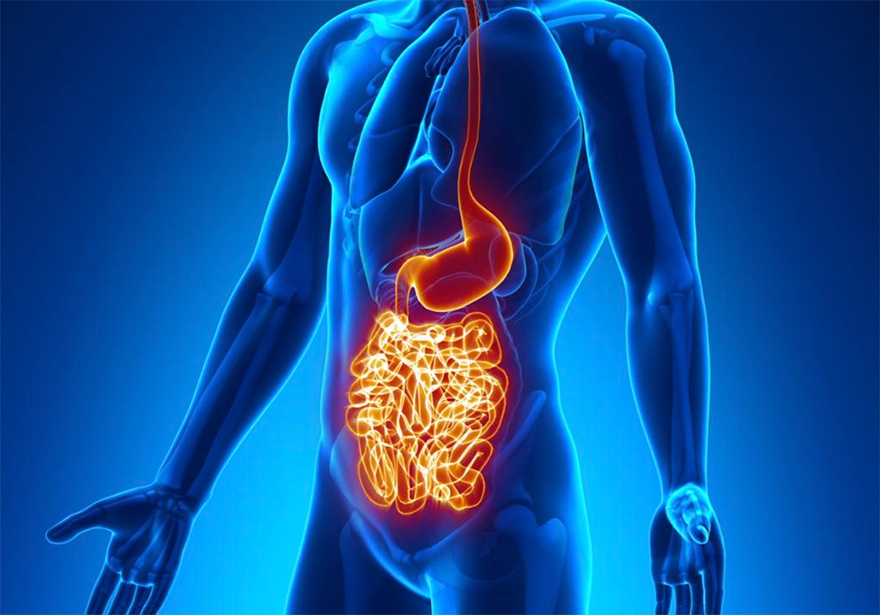 A new clinical study published in the journal Pharmacology and by the National Institute of Health has found that cannabis is effective in treating Crohns disease, which is a form of inflammatory bowel disease (IBD). IBDs such as ulcerative colitis and Crohns affect over a million people in the United States. Many IBD victims suffer from pain, diarrhea and poor ability to digest food, and up to half of IBD cases are so severe that they ultimately require surgery to remove the affected bowel segment.

The study, entitled: “Cannabis Finds Its Way into Treatment of Crohn’s Disease” (International Journal of Experimental and Clinical Pharmacology, Vol. 93, No. 1-2, 2013 Dec 17;93(1-2):1-3. [epublished ahead of print] © 2013 S. Karger AG, Basel.PMID: 24356243) is co-authored by Rudolf Schicho, PhD and M. Storr, both of the Institute of Experimental and Clinical Pharmacology, Medical University of Graz in Graz, Austria.

In the study abstract, Schicho and Storr note that In ancient medicine, cannabis was widely used to treat and cure bowel disturbances and inflammation, and a recent clinical study now shows that the medicinal herb Cannabis sativa lived up to expectations and proved to be highly efficient in cases of inflammatory bowel diseases.

The researchers report that a prospective placebo-controlled study has confirmed what was largely anticipated from anecdotal reports, i.e. that cannabis produces significant clinical benefits in patients with Crohn’s disease. They note that mechanisms involved are not yet clear, but most likely include peripheral actions on cannabinoid receptors 1 and 2, and may also include central actions.

The Crohn’s Forum notes that the body produces substances called Endocannabinoids or Endogenous Cannabinoids, which function in a similar manner to Cannabinoids found in medicinal marijuana. Cannabinoids (CBs), either produced within the body or taken from an external source (ie: Pharmaceutical or Medicinal Marijuana), exert effects that may be of benefit to patients with Irritable Bowel Syndrome (IBS) and certain types of Inflammatory Bowel Disease (IBD), including Crohn’s Disease and Ulcerative Colitis. Medicinal Marijuana affects Cannabinoid Receptors (CB) in the Gastrointestinal Tract and can exert effects that help relieve symptoms. These effects include a reduction of: Pain, Inflammation, Diarrhea, Gastrointestinal Hypermotility and Secretion. Cannabis can reduce painful Gastrointestinal cramping as it is a smooth muscle relaxant, and can relax the Intestinal spasms. Cannabinoids can also increase healing of injured Epithelial Tissues. Many of these effects are due to Cannabinoid stimulation of Cannabinoid Receptors (CB) located in many parts of the body.

The human body produces and utilizes its own cannabinoids, but can also utilize cannabinoids from external sources such as cannabis. In their paper, Schicho and Storr observe that over the past decade there has been a steady increase in the number of publications addressing the anti-inflammatory effects of Cannabinoids and potential underlying mechanisms, and in particular that preclinical data on the ameliorating effect of synthetic and natural CBs in animal models mimicking features of IBD have been rapidly evolving. They cite a prospective placebo-controlled study by T. Naftali et al. (Clin Gastroenterol Hepatol 2013;11:1276-1280.

External Resources) on the effect of cannabis in IBD than confirms what had been suggested for a long time from experimental studies, to wit that Cannabinoids may provide anti-inflammatory effects and symptomatic benefit in patients with IBD.

The Austrian researchers note that CB1 and CB2 receptors are located at the colonic epithelium, making a protective effect of the cannabinoid Delta-9-TetraHydroCannabinol (THC) via epithelial permeability is conceivable, in which case CBs could enhance epithelial wound closure in the colon.

They also note that other studies have demonstrated that a prominent characteristic of CBs in experimental intestinal inflammation is their effect on immunocytes which mainly express CB2 receptors. Upon CB2 activation, T cells undergo apoptosis and decreased proliferation in colitis, and additionally, activation of CB2 diminishes the recruitment of neutrophils, T cells and macrophages to the inflamed colon. CB receptors are also found in the enteric nervous system (ENS), that controls gut motility and secretion. CB1 receptors present in the ENS represent a break that protects the ENS from hyperstimulation, which is easily caused by overexpression of inflammatory mediators that activate the ENS during IBD. Consequently, they deduce that activation of CB receptors by THC may reduce hypermotility associated with the inflammation of the gut, and that reduction of hypermotility may alleviate diarrhea, producing beneficial effects for the patient.

The Crohn’s Forum reports that signaling through CB1 also has potent effects that may be beneficial to persons with IBD, including: reduction of Nausea/Vomiting, inhibition of Intestinal Motility, and anti-Inflammatory effects. They note that pharmaceutical companies are attempting to design medications that increase signaling through CB1, and which could potentially offer effective treatment for Inflammatory Bowel Diseases (IBD) including Crohn’s Disease and Ulcerative Colitis. CB1 is present in the Brain and is responsible for the Psychological and Behavioral effects seen with use of Medicinal Marijuana. In order to be an effective treatment and minimize psychological effects seen with Medical Marijuana use, the pharmaceutical should be specific for CB1 and not cross the Blood Brain Barrier.

Moreover, CB1 appears to protect against severe Colitis. The Forum cites studies in mice that have CB1 blocked or do not have CB1 (CB1 knockout mice) which develop more severe experimental colitis symptoms than wild type mice. In animal models of Colitis, pretreatment with CB1 agonists (chemicals that activate the Receptor) leads to reduced chemical-induced Inflammation and Edema than animals not given pretreatment medication.

They note that the herb Cannabis sativa contains many more chemicals that may be relevant to disease treatment benefit than marijuana’s commonly known active compounds, THC and CBD, observing that it has been estimated that THC accounts for only one-third of medicinal marijuana’s effects, and that, chemicals found in Cannabis sativa extracts may either enhance the Inhibit the therapeutic effects of THC.

Of course, a major obstacle and inhibiting factor to more widespread deployment of Cannabis in fighting diseases like IBS is that marijuana, including medical marijuana, remains illegal in in most US states at the federal level in the USA as well as in various countries around the world. However, in 2012 Washington and Colorado passed ballot initiatives legalizing marijuana for both recreational and medical, and currently 20 states and DC have enacted laws to legalize medical marijuana, but Texas is not among them.

In a conference at Houston in November, 2009, the American Medical Association’s House of Delegates adopted a new policy position calling for review of marijuana’s status as a Schedule I drug in the federal Controlled Substances Act’. The old language in Policy H-95.952 had previously recommended that “marijuana be retained in Schedule I,” which groups marijuana with drugs such as heroin, LSD and PCP that are deemed to have no accepted medical uses and to be unsafe for use even under medical supervision.

The AMA’s revised policy states: “Our AMA urges that marijuana’s status as a federal Schedule I controlled substance be reviewed with the goal of facilitating the conduct of clinical research and development of cannabinoid-based medicines, and alternate delivery methods.” Drugs listed in Schedule II, for which medical use is permitted with strict controls, include cocaine, morphine and methamphetamine. A pill containing THC, the component responsible for marijuana’s “high,” is classed in Schedule III, whose looser requirements allow phoned-in prescriptions.

The wheels turn slowly where cannabis is concerned. However, a poll commissioned by the Marijuana Policy Project in Texas shows that a strong majority of voters in the state support taking marijuana off the criminal market, legalizing it for adults, and taxing and regulating it similarly to alcohol. According to the poll, 58% of voters support making this change, while only 38% were opposed. The Texas Democratic Party made decriminalization of marijuana part of its official platform last year, and KHOU Houston reports that two Texas lawmakers have vowed to re-introduce marijuana legislation as many times as it takes to move the state closer to Colorado and Washington state-style pot regulations.