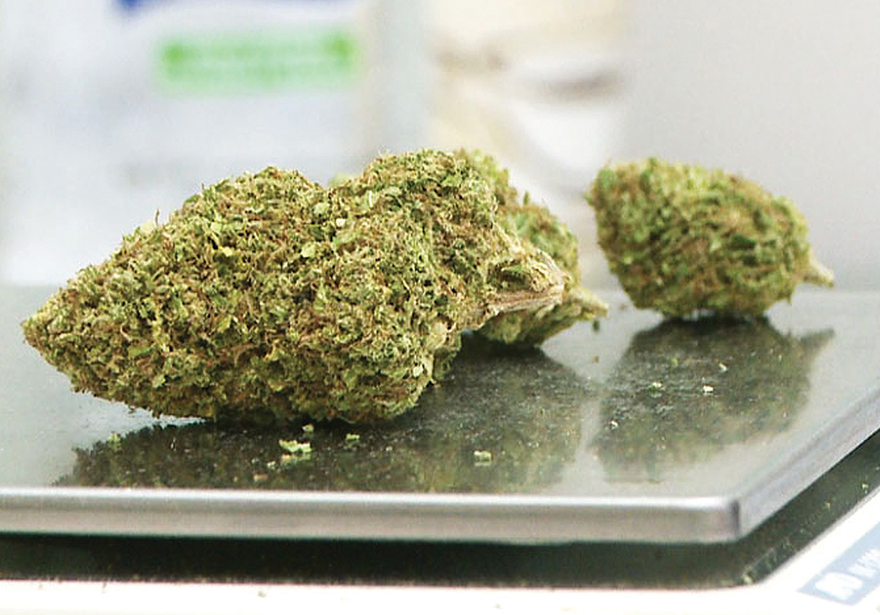 What does an eighth of cannabis actually weigh? That’s easy: 3.5 grams, right? Well, let’s take a quick peek into the crazy world of weights, measures, and math. It’s a little more confusing than you might think. There are 453.592 grams in a pound. At 3.5 grams per eighth of an ounce and 16 ounces per pound, that adds up to 448 grams. So where’s the other almost 6 grams go? Stems. Seeds, and samples? Sometimes maybe, but certainly not always. Marijuana arithmetic is peculiar and uses strange quantities not seen in many other products. Like Zac Efron’s character Teddy says in Neighbors 2: Sorority Rising, “I suck at math. I’m good at weed.” So what’s the explanation? It’s complicated, so I spoke with professional mathematician and comedian George Pete Caleodis and he filled me in on some of the historical details.

Let’s start with the fact that one Pound is equal to 7000 Grains. The pound is a unit of mass in imperial and US customary systems. “Grain” is a unit of mass and based on the average mass of a seed of a cereal, barley or wheat. The avoirdupois pound, also known as the wool pound, first came into general use in 1300 AD. It was initially equal to 6992 grains and the pound was divided into 16 ounces. During the reign of Queen Elizabeth, the avoirdupois pound was redefined as 7000 grains. Since then, the grain has often been an integral part of the avoirdupois system.

Historians agree that Gabriel Mouton, the vicar of St. Paul’s Church in France, is the founding father of the metric system. He proposed a decimal system of measurement in 1670. Mouton based it on the length of one minute of arc of a great circle of the Earth, or 1852 meters (a nautical mile). However, the metric system wasn’t officially adopted by the French government until 1795. A scientific conference was held in 1798 with representatives from the Netherlands, Switzerland, Denmark, Spain, and Italy to validate the metric system’s foundation.

Most countries use the Metric System, which uses measuring units such as meters and grams and adds prefixes like kilo, milli and centi to count orders of magnitude. In the United States, we use the older Imperial system, where things are measured in feet, inches and pounds. Before the metric system of measurement came into existence, there were a variety of different systems being used, which caused a lot of difficulty in conversion, interfering in international trade and commerce. The metric system is far simpler and seems more efficient than the imperial system of measurement.

Clearly part of the confusion comes from dividing an imperial measurement, the ounce or even pound, into metric units (grams). It’s a problem unique to the United States as well as to the world of cannabis – and those two cultures are pretty set in their ways. No clear solution seems to be on the horizon but it certainly begs the question: What does your 8th of weed really weigh? Is it 54.6875 grains? We may never know.