EL: So what inspired you to do music?

Honestly, I needed an outlet to express myself. Growing up in LA, born and raised, you either do LA shit, like gang banger stuff, or you find a good way to express yourself. I started out acting then I started doing music at 14.

EL: How would you describe your music?

My music is “Peace Life.” That’s the only way I can describe it. Nobody is doing what I’m doing right now, incorporating the sudden subjects and themes I’m talking about right now. And that’s something I’ve created, so I would describe it as Peace Life.

EL: What do you use medical marijuana for?

A good meditation. I use medical marijuana for meditation purposes. I don’t smoke just to smoke. I smoke to be creative and explore that other side of my mind. When I first started, I started being young and dabbling, exploring.

EL: What artists have influenced your music?

A big influence from early on was Snoop Dogg. I didn’t know it then, but now I realize how much of an influence Snoop Dogg had for me being a West coast artist. He set the standard for being a mainstream West coast artist. He really set that foundation. I’m also super big on Bob Marley right now, because I feel that he’s done the closest to what I’m trying to do and I’m trying to pick up where he left off.

EL: How does being from Los Angeles affect your music?

Being from LA influences my music 100%, even the way I make music. When I got signed when I was 16, we had no sound other than gangster rap. I think this whole renaissance with hip hop artists and all these new cats coming out, is because we had to push the limits with music. We had to come with something totally different to be accepted this time around. And that would only happen with me coming from LA, and growing in this community of artistry. 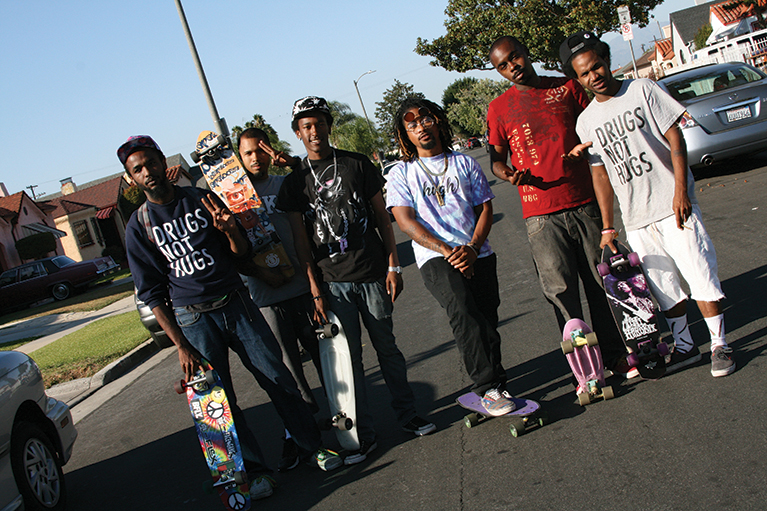 I like writing about life, not just my life, but life in general. I feel like us as humans all have a common thread, and we all want the same things like love and knowing that we’re safe. But depending on the way we were raised, and depending how much we got what we wanted gave us different stories. I believe that we all want the same things, so I talk about the things we all want, the common thread – which is life.

EL: What makes your music different?

EL: So would you say you make songs that are more relatable to other people or more indicative of being different?

I think I definitely make music that is relatable, but I like to be myself and say things that only I can say, which I feel people like because that’s like them getting to know me. So I want to stay personal in my music, and express myself from only Mann’s point of view, but at the same time I think that I try to make it relatable to everyone.

EL: Do you use marijuana for anything other than creativity?

When I’m out with my friends, it’s something that bonds people together, and brings a lot of people together that usually wouldn’t kick it. When you’re smoking, you’re sitting in a circle, talking, being sociable. It’s a great way to get to know somebody and be social.

EL: How do you see medical marijuana helping the communities?

I think it will calm everybody down! You don’t have to smoke it, but people accepting it, and accepting people who do, and accepting it being around will definitely calm a lot of stuff down. I know for me, personally when I’m smoking, the last thing I’m thinking about is fighting somebody or violence.

EL: Tell us about working with 50 Cent.

Buzzin was a record I dropped when I was 19 years old. I was signed to Def Jam, 50 just hopped on the remix, and it was popping overseas. I was overseas touring for two years, really getting it in over there. It was a blessing, but it showed me the world in a whole new way. That’s what inspired the Peace Life movement and everything I’m doing now. 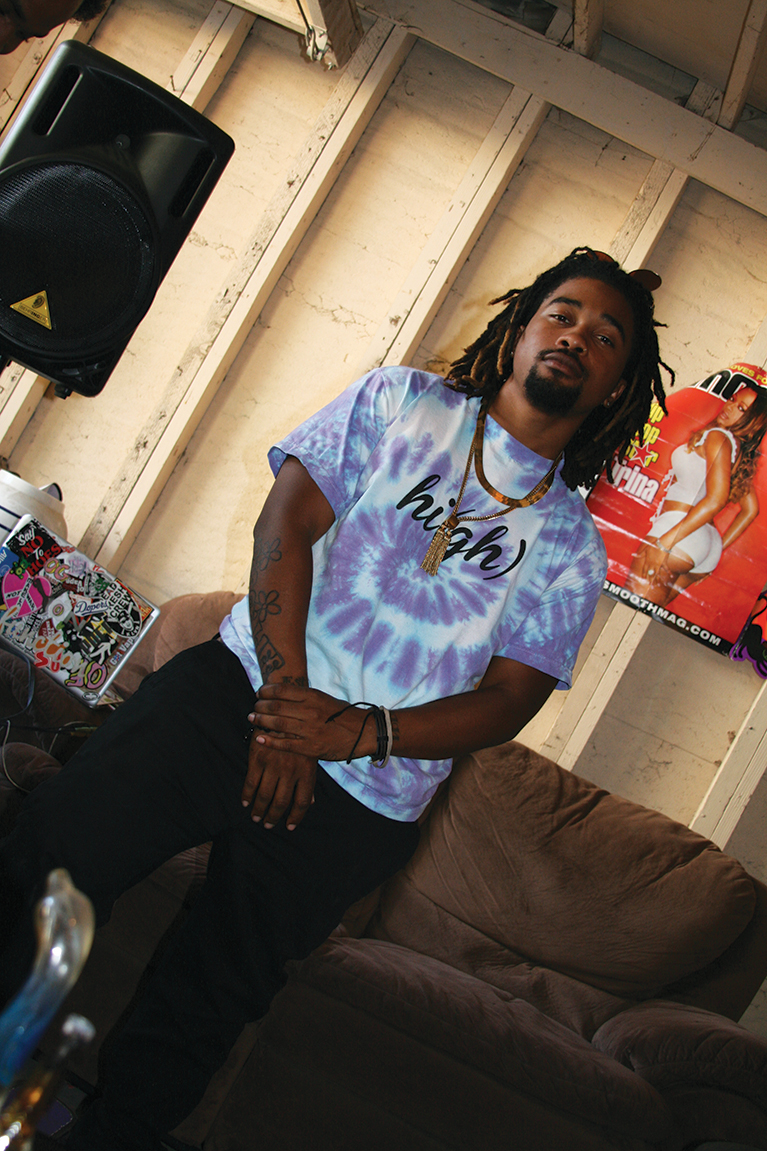 EL: Where do you see yourself in 10 years?

I said this in the studio last night, I see myself being the next generation’s version of Quincy Jones. I love music, and love working with artists. I have a couple artists I’m working with now. I love just sitting in sessions and making music the best possible music that can come out. We’re doing some great stuff and I love being behind it, and I love the music I’m making as well. Hopefully I’ll be like the next Quincy Jones and also do my acting.

I dibble and dabble. I want to start doing more Youtube videos like a cool little mini-series. I was really more into it when I was 5 to 14 in stage plays, but I’ve been really focused on my rap and my music.

Right now, I think it’d be important for me and Wiz to do a song. He’s doing his thing in the culture, but I think he’s got to give back to us, the young cats who really used to ride for him. I think our song would definitely do that, because I’m representing the new culture. He’s still young, he’s still one of us, but I think it would be tight for him to do something with a cat like me.

EL: What would you say has been the highlight of your career so far?

I would have to say when I perform at this stadium in London in front of 70,000 people. It was the highlight of my career, but at the same time it was really an introspective moment. I was doing a song I love doing, but I realized that if I can perform in front of this many people, I would love to have a message behind it too. I would love for them to be affected by it. After that I definitely started making music with a different consciousness.

EL: Tell us more about your Peace Life movement.

Peace Life is really something I started after leaving my label and management. I wanted to just figure out what I wanted to do, finally free from everything. This is the message I want to get across, these are the artists I want start working with and branding. This is a movement I want to get to the people. It’s a about freedom of expression and learning. I read a lot and learn a lot. I love learning. If any change in our culture comes in the world, it’s going to come from the youth. If it’s not from me, I want to be a big helping hand to that change, and that’s what Peace Life is.

EL: When’s your next release?

I drop something October 22nd, 2013, it’s titled the Expansion Tape. It’s with DJ Bass and DJ Ski. I’m really excited about it. It’s all original music. All my artists are on it. It’s really a good tape. After that I’m dropping The Gray Area, which is my album.

Shout-out to all the new age hippies out there, Peace Life and my mom.