Almost anything can be considered a stoner movie from the perspective of a stoner… Have you ever watched Planet Earth on mute while listening to Jay Z’s Black Album? Highly recommended. But it takes a certain dedication to the lifestyle to land on… Top 10 Stoner Movies of All Time List. 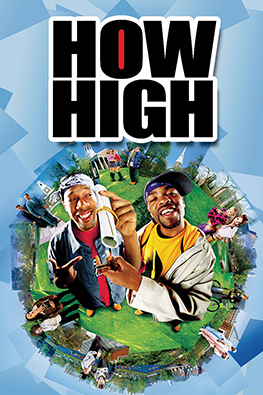 10. How High (2001)
In this movie, Method Man and Redman attend Harvard after discovering a new kind of chronic that makes them geniuses. (They fertilized it with the ashes of their dead friend.) The pair are devout stoners. They’re so devout that they dig up the body of John Quincy Adams to smoke his bones in the hopes it’ll make them smarter. They also believe that if you take a test high, it’ll help you get high scores. Role models they are not. 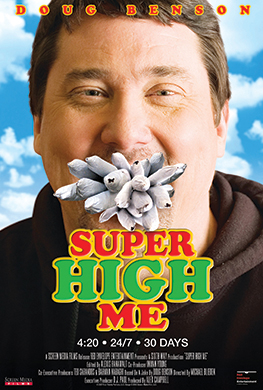 9. Super High Me (2007)
What started as a joke (a pun on Morgan Spurlock’s Super Size Me) in Doug Benson’s stand up set became a reality after brainstorming with friend and filmmaker, Michael Blieden. It takes place over a 60 day period. He spends 30 days drug-free and the following 30 days smoking weed every day. At the end, he compares the results of his mental and physical health. Shockingly, both his SAT scores and sperm count improved after smoking. The more you know. 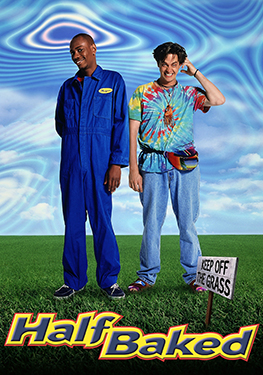 8. Half Baked (1998)
Thank God for Dave Chappelle. Without him, this movie would have probably suffered under the campy and over-the-top antics of Jim Breuer and Harland Williams. Although you do have to commend Jim Breuer’s character, Brian, and his epic munchies list. And a historic munchie session it would have been had that police officer’s horse not eaten it all. (That poor horse.) Oh, and the things we would do to get the holy grail that is Thurgood’s supply of medical marijuana… 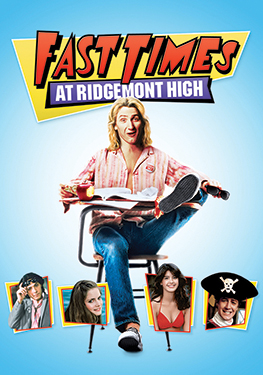 7. Fast Times at Ridgemont High (1982)
Otherwise known as the movie Phoebe Cates emerges from the pool in a red bikini. Sean Penn plays an unmotivated pothead, and since Penn was a method actor, he never broke character on set. He even made the cast and crew call him Spicoli. No word on whether or not he actually smoked throughout… 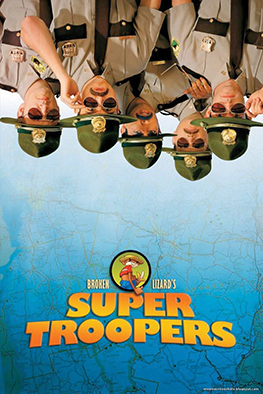 6. Super Troopers (2001)
Watching this movie is the one time you don’t have to be paranoid about the cops. Just be glad you’re not one of the kids that gets pulled over by this movie’s squad of irreverent cops who prefer hassling to arresting the criminals breaking their community’s laws. This movies hooks you from the opening scene in which the cops pull over a car full of kids with drugs and make them “smoke the whole bag.” The whole bag? The whole bag. One of the kids also tries to hide a bag of mushrooms meant for three people by eating them… at which point the snozberries taste like snozberries. 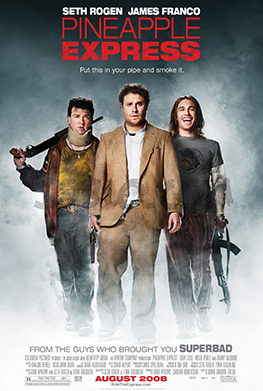 5. Pineapple Express (2008)
Sure, Apatow and his cohort had made stoner movies before, (or at least non-stoner movies with an abundance of references to the drug) but this is the culmination of marijuana-related brilliance. Not only did they bring action to otherwise tame stoner movies, they helped reinvent real life ways of smoking. You may have attempted a few “exciting” methods of toking up in your day – the apple pipe, the gallon jug gravity bong, etc. – but when Pineapple Express debuted the cross joint (AKA the “apex of the vortex of joint engineering”), the weed world went nuts attempting all manner of joint architecture, each one trying to outdo the last. So you can thank Pineapple Express for whatever this is. 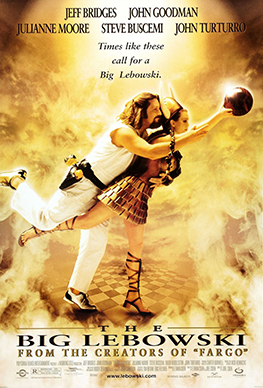 4. The Big Lebowski (1998)
One of the greatest movies in and out of the stoner genre. You have to respect, the Dude, an author of the original Port Huron Statement and a founding member of the Seattle Seven. Also, there is almost no scene in which the Dude doesn’t “do a J.” The Dude’s attitude encapsulates that of the ideal stoner and even spurred its own religion – Dudeism. He doesn’t impose his beliefs on others, nor does he judge others for theirs. And if you don’t agree with it, well, that’s just, ya know, like, your opinion, man. 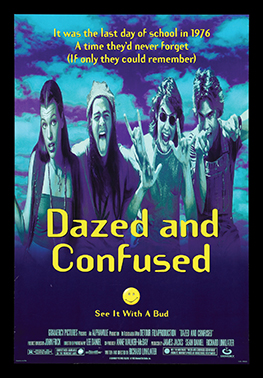 3. Dazed and Confused (1993)
This almost plotless film is a cult classic in which just about everyone is trying to get stoned or laid on the last day of high school. As for fun facts: the characters smoke a lot of weed throughout, and the actors were only sometimes actually high. The word “man” is said 203 times, man. It also famously rocketed one actor, Matthew McConaughey, to stardom. Alright, alright, alright. 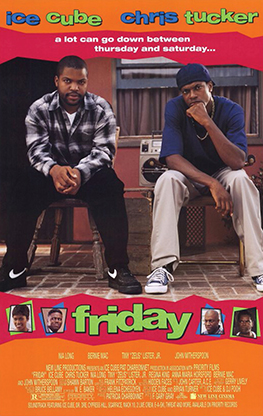 2. Friday (1995)
One of the few stoner comedies that was successful enough to become a trilogy. This is one of the original “high-till-you-die” movies. As Chris Tucker’s character says, “Ain’t nothing wrong with smokin’ weed. Weed is from the Earth. God put this here for me and you.” It’s right up there with Up In Smoke. In fact Ice Cube’s character has the Cheech & Chong poster on his bedroom wall. Which leads us to… 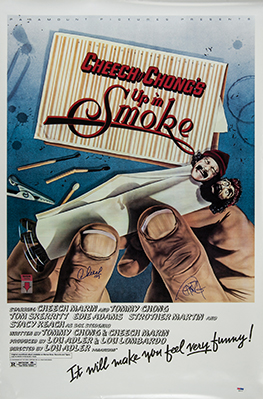 1. Up in Smoke (1978)
Cheech & Chong. The pioneers of stoner comedy. The two met in Vancouver where Cheech had fled as a Vietnam draft dodger. The movie actually received bad reviews when it debuted, but that’s likely because it seemed childish at the time. There hadn’t been a movie like it. In it, the two are charged with driving a car that is literally made of weed across the U.S.-Mexico border. There’s so much green that the van’s exhaust gets an officer high, and just the smell of it kills a drug-sniffing dog. Without this film we’d never have the cache of stoner movies to come. And for that we thank them. 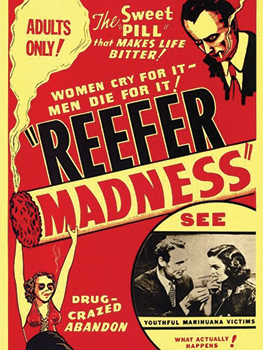 Bonus: Reefer Madness (1938)
An early 20th century propaganda film originally titled “Tell Your Children” that was made to warn parents about the horrors of “marihuana” (with a hard H). It should be no surprise that it was made and funded by a church group. It starts with a rolling disclaimer that says weed is “a violent narcotic, an unspeakable scourge,” and that those who use it may experience “uncontrollable laughter.” Though the only thing laughable is what this movie thinks pot does to a person.

AUTHOR: Anthony Franciosi was born and raised in New Jersey until 2008 when he moved to Colorado to become a marijuana farmer. Since then, Anthony has founded HonestMarijuana.com, an organic marijuana growery. Outside of work, Anthony can be found high up in the mountains on his snowboard.