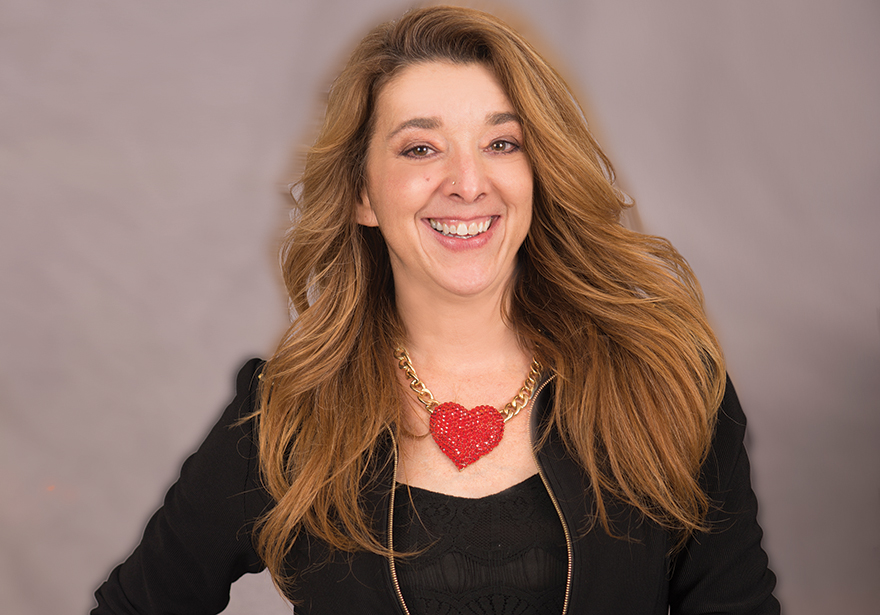 “Be fearless, choose love. Don’t discount love, volunteering and community activism because that will help get you support, it’s incredibly powerful.”

THE COMPASSIONATE CAREGIVER – Aundre Speciale, Director of CBCB Berkeley, Phtyologie Oakland and Abatin Wellness Center in Sacramento, is one of the best souls I have had the pleasure of coming into contact with. She embodies one of the founding pillars of our industry, compassion.

Back in the early 90’s, Aundre’s neighbor in Venice, California, was none other than the Hemperor himself, Jack Herer. Around the same time that The Emperor Wears No Clothes was being written, Herer was in the process of opening The Hemp Booth at Venice Beach, responsible for educating vistors about the benefits of hemp and cannabis. Aundre described the time Jack asked her to help him work the booth, “He asked if I wanted to work his hemp booth, I literally had to ask what hemp was. He explained that it was pot and my answer was ‘Hell yeah!’”

From then on, Aundre was a permanent fixture in the Herer entourage. She lived and toured on the hemp bus along with him Captain Ed, the other hemp godfather and several loyalists to the cause. She explained that the bus toured around, mostly in California, to educate people about cannabis as a food, fuel, fiber, fun and medicine. “This was some time in the early 90s at the height of the “Just Say No!” and D.A.R.E. campaigns and pot, weed and marijuana were all dirty words,” explained Aundre. She went on to say that because of this uncertain time, they never knew what kind of situation they would be walking into at the next stop. “Sometimes we would be met with protestors, and other times we were met with rally’s in Jack’s honor,” she said.

When her time with the hemp campaign ended, she still remained active among the cannabis activism scene. She served on the board of Marijuana Policy Project and was a founding member of Americans for Safe Access. She also spent time raising her family, until 2004 when she went full force back into the industry. She desired to create a place that she would want to go. A safe access point where the fundamental idea of compassionate caregiving was stretched further than what most were doing.

Aundre opened up several dispensaries with a focus on working with the patients to give back to the community. Ultimately, she opened a fully female run dispensary in Sacramento for less than a $10,000 investment; however, she did things completely different than the typical dispensary. “We opened a community center next door that offered over 200 classes available to the entire community for free. These classes ranged from CPR classes to Veteran support groups, even free haircuts and meals,” said Aundre.

She explained to me that the Choose Love Business Plan, consists of choosing love and compassion. When she began creating her style of collective, she kept the community in mind. “I used to give advice to people to open up by the dump or by the railroad tracks and then clean up those areas. In Sacramento, we opened right next to an abandoned lot that was full of trash. We had it cleaned up within a week; we worked hard to give back to the whole community. We had a program at the dispensary where you donate your time or skill in trade for medicine. That was how we were able to offer so many free classes,” she proclaimed.

We discussed some of the biggest differences between business in the beginning versus the industry we live in today, “Sometimes it’s disheartening to go to the business expos and hear the business
people talking down about people who use cannabis, they are just in it for the money. It is also sad to see some of the marginalized people who were able to come into the industry in the beginning are now being pushed out,” said Aundre.

Aundre is one of the original few still standing that braved the new world in order to create the cannabis industry we know today. If you are interested in learning more information about Aundre or her collectives please go to: