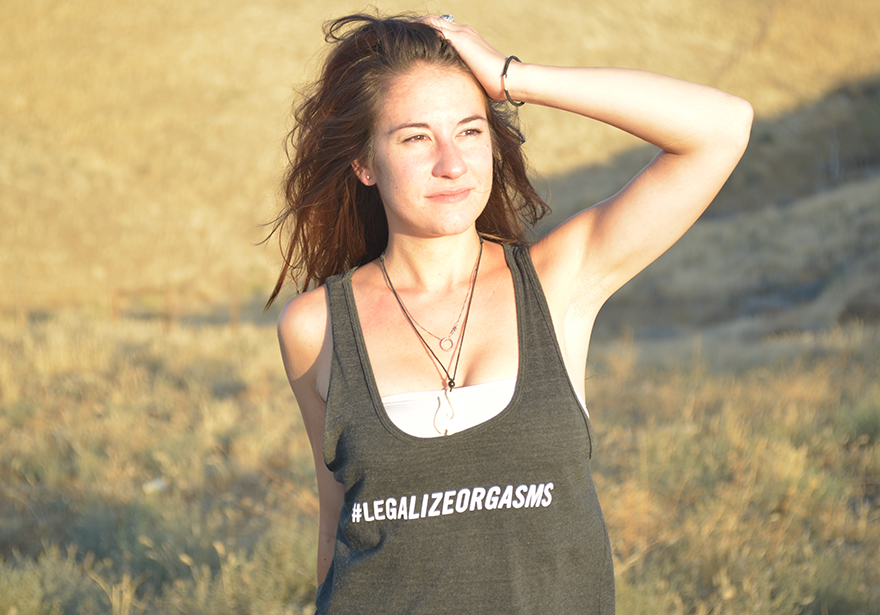 “I am just happy to be out here helping women.”

THE SENSUAL ENTHUSIAST – Brittany Confer helped launch Foria alongside with Matthew Gerson in May 2014. She went to Penn State and received a degree in Communications. After that she lived in Miami for a few years, but ultimately ended up at a boutique public relations agency in Beverly Hills. One day Matthew walked in and began talking about cannabis, Brittany was immediately drawn to the project. Shortly thereafter, Brittany left her company and called Matthew to let him know, the very next day she started working at Foria.

She explained that the statistic that there are currently 26 drugs approved by the FDA for male sexual pleasure, however, there was not a single one on the market for women. This notion drives Brittany and she explained, “For the first time I was not looking up at the clock wondering if it was 5 o’clock yet. From the very beginning, I was inspired to do anything that involves cannabis and increasing the quality of life for people. It’s been great!”

Clearly, Brittany found her calling and a home in an industry. She was one of the first in-house PR teams for a cannabis company. Foria Pleasure has quite possibly been the best marketing campaign in the industry; now Foria Relief has already reached over 200 press hits since their launch last month. Brittany and I went into a long conversation about how Foria’s success is really helping the industry, Once upon a time when you searched for cannabis and sex, it was really hard to find some without “XXX” attached to it, and there was absolutely no educational material on female sexual health. Now because of Foria, when you search those terms you find a multitude of webpages discussing cannabis and female sexual health.

She explained to me that Foria is all about “increasing pleasure and diminishing pain, naturally”. Though a man created Foria, Matthew is very serious about helping and empowering women and Brittany has been a one helluvah of a soldier in that mission. She explained that she is extremely grateful to Matthew for bringing her into the company.

Foria is literally changing the way that the mainstream media views our industry. Brittany explained to me that, “Being a woman in our industry, at this point in time, has been an advantage because the media has been so female focused lately. Media is hungry for stories in the industry and we [Foria] is happy to give it to them. It is through what we are doing and organizations like Women Grow that will inevitably help empower women to take over the industry.”

For more information about Brittany Confer and Foria visit: