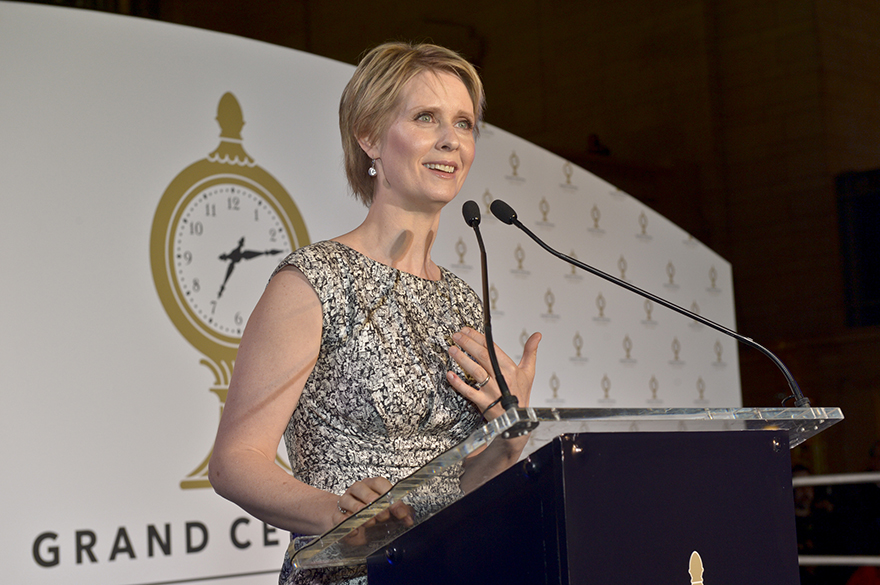 Cannabis users in New York might start calling themselves a “Miranda.” Cynthia Nixon, the former “Sex and the City” star who is mounting a progressive challenge to New York’s Gov. Andrew Cuomo in the upcoming state election, wants to legalize marijuana in New York. Ms. Nixon is not focused solely on that sweet tax cash however, in a video posted to Twitter she frames her passionate position for marijuana legalization as a racial issue. The gubernatorial candidate noted how 80 percent of New Yorkers arrested in connection with marijuana use were black or Latino, despite roughly equal rates of use among white people and communities of color. “I believe it’s time for New York to follow the lead of eight other states and D.C. and legalize recreational marijuana,” Nixon further remarked, “we have to stop putting people of color in jail for something that white people do with impunity.”

These strong words from Ms. Nixon, whether she wins or not, may help get marijuana legalization conversations going ‘full weed ahead’. Last year, New York’s current Governor, Andrew Cuomo, was still stuck firmly in the old chestnut that pot is a “gateway drug”. “It’s a gateway drug, and marijuana leads to other drugs and there’s a lot of proof that that’s true. There’s two sides to the argument. But I, as of this date, I am unconvinced on recreational marijuana.” Now, when he is pushed on the recreational marijuana issue, Cuomo deflects. Saying he needs to wait for the results of the study he has directed the state Department of Health to conduct on the health, economic and criminal justice impacts legalized marijuana could have across New York.

Cynthia Nixon is using her candidacy to bring attention to the reality that objections to legalizing recreational marijuana are not as couched in public safety as politicians like Andrew ‘gateway drug’ Cuomo have tried to make it seem. Our reality is that white and black Americans use marijuana at nearly identical rates — but African-Americans are nearly four times more likely to be arrested for possessing the drug. THAT uncomfortable truth is the one Ms. Nixon has chosen to focus on. More so than potential state revenue, or marijuana’s effects relative to booze, she is bringing the issue of reducing racial bias to the forefront. The Cynthia for NY website states, “The reality is that for many white people, marijuana has effectively been legal for years. It’s time to legalize it for everyone else.” This is the ending ‘Sex and the City’ deserved: Miranda riding off into the sunset with her lesbian wife, running for governor. It’s enough to push me into clicking the 4.20$ donation button and crossing my fingers that New York gets her big come to cannabis moment.