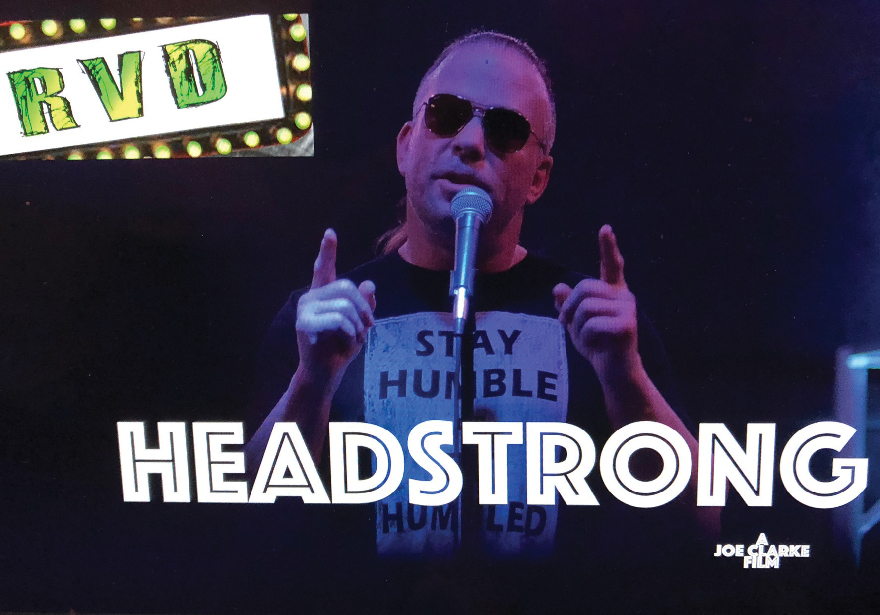 That’s the only plot synopsis given online for Rob Van Dam’s new documentary, “HeadStrong”, now available on Amazon Prime. Originally, the plan seemed to just be for RVD to go on a short, eight day long stand up comedy tour during the Spring of 2016 throughout the United States with comedian Tom Garland. It would be a chance for fans to see him do something other than wrestling and perhaps allow Rob to start transitioning into a new phase of performance that involved less getting hit in the head with chairs and not as much being thrown from the ring. It’s nice and when you see people freak out at the chance to meet Rob Van Dam you come to realize just how strong an impact his wrestling had on their lives. It’s also through clips shown of Rob wrestling over the past 25 years that you see just how extreme his style was. People always mention that wrestling is fake, and if you mean scripted/fictional, you’d be absolutely right. The same can be said of Jackie Chan’s movies yet somehow he’s managed to break the majority of bones in his body. Yes wrestling is scripted but the injuries that wrestlers sustain are very real and very dangerous. That reality sets in once you start watching HeadStrong. The day before the tour started Rob got a concussion wrestling and it’s affecting his vision. You then learn that he’s suffered from hundreds of concussions and he’s never seen a doctor about it. The film makes a definite shift in tone and you can’t help but worry about the health of the subject. He’s been sacrificing his body for close to thirty years for the entertainment of his fans and it has taken a toll. RVD told us that most of the wrestlers he came up with are addicted to painkillers or have committed suicide. It’s a sad and tragic reality that you don’t hear much about.

Chronic Traumatic Encephalopathy (CTE) is a progressive degenerative disease of the brain found in people with a history of repetitive brain trauma (often athletes), including symptomatic concussions. RVD begins to worry that he might be suffering from CTE and promises the camera multiple times that he’ll see a doctor about it, after also saying that back in the day if he split his head open, they’d close it back shut with super glue and keep on wrestling. Since filming this movie, RVD has gone on to become very outspoken about his cannabis advocacy, so if a sequel to HeadStrong is ever made, hopefully he’ll be able to incorporate more of the work he’s doing with CBD into it.

HeadStrong is a fascinating glimpse into the world of a larger than life personality who’s been through a lot, and managed to survive through it all with a smile on his face. He’s a joker, he’s a smoker, he’s The Whole F*cking Show! Watch HeadStrong and learn something new about a living legend.