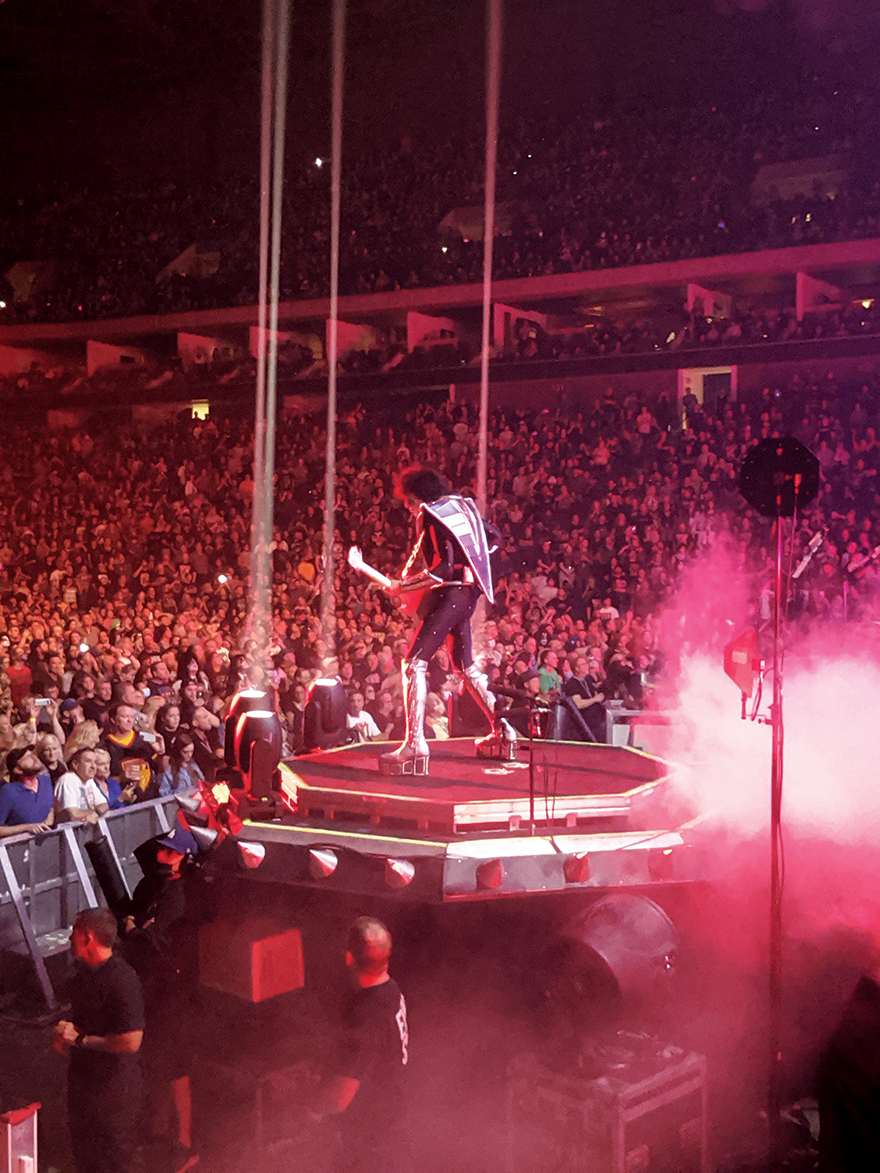 I’ve seen a lot of rock shows but KISS was one band that I hadn’t seen live in concert yet in my life. When they came to the BOK Center in Tulsa in October, our friend got us front row tickets as she’s the costume/wardrobe designer for Gene Simmons’ show armour. It’s supposed to be their “End of the Road” Tour, but they’ve been saying that for decades.

It was a packed house and seemed like there wasn’t an empty seat in the arena. They start the shows with Gene Simmons, Paul Stanley and Tommy Thayer descending down from aerial platforms, and the show doesn’t slow down a bit from there.

For how old the members of KISS are now, it was impressive to see the stamina, stage presence and talent these guys really have. At one point, Paul Stanley grabs onto an aerial pole/hoop zipline contraption and is swooped over the audience to another platform stage at the back of the arena.

We were so close you could feel the heat of the pyrotechnics on our faces. Of course there were many patients there trying to medicate in the arena. Some guys behind us were warned several times to stop smoking their joint, yet they were never actually kicked out.

It was really apparent how KISS has influenced so many rock show stage performances like GWAR and the Insane Clown Posse. You can even see that hints of Lady Gaga’s shows were inspired by KISS’ high energy, crazy costumes and persona.

We caught two guitar picks, which were autograph printed with Tommy Thayer and Eric Singer’s signatures. We definitely left the concert a little deaf that night. It was an amazing good old fashion rock show.