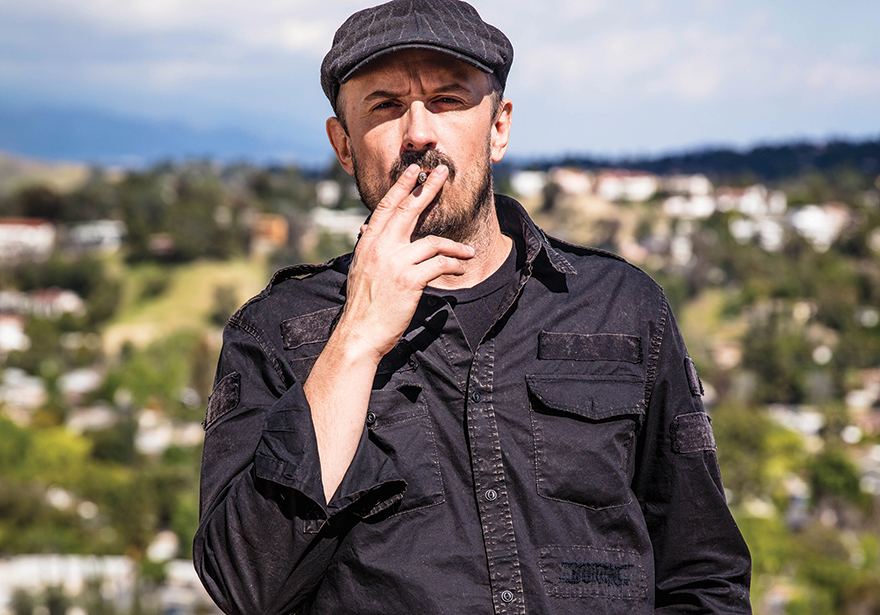 Summer is now in full swing, and in the immortal words of the Fresh Prince himself:

“Summer, summer, summertime — Time to sit back and unwind.” And unwind we shall.. Hopefully. Whatever the case may be, welcome to our Hip-Hop issue featuring Ta Smallz and the Carter. Hip Hop and cannabis have always gone together well, and as the plant becomes more and more legal all over the united states, there are ever-growing opportunities for artists to merge with brands, growers, distributors, manufacturers and lifestyle products. I remember smoking Oklahoma dirt-weed and getting crazy high in the 9th grade before watching New Jack City in the theater and feeling like my worldview had expanded immensely. Ice-T immediately seemed like a brilliant actor and Judd Nelson was there as his partner — the guy who brought weed to detention in the Breakfast Club.. It was all coming together in a beautiful way. Years later I was in a movie with Judd Nelson, and this time I was the one playing the police! Ha. Meta.

We spent a day on set with Ta Smallz and his crew over the 420 Holiday weekend in Hollywood as they filmed the music video for their new cannabis anthem, “The 420 Roll Up.” We were joined by Michael Vegas who was there getting some great pictures, and plenty of product that was donated by PieceMaker silicone pipes and bongs, Infused Edibles and the Mystery Baking Co. We smoked blunts rolled with flower from Reefer City Farms all day long and shot some eye catching photos and the most shocking and dramatic interview we’ve ever filmed. The story of Ta Smallz’ mother’s murder and the ensuing investigation that follows is definitely a harrowing read and it’s plain to see why someone would want to treat their subsequent PTSD in the safest and most effective way possible. He and his family have their own strain, as well as a line of vapes and edibles coming out soon.

You can also read Javier Hasse’s poem “Stop the Madness”, that was featured on “The Whoodlum Ball” Album by DJ Whoo Kid, Ranna Royce, and Smith and Hay, released in May. Javier is contributing for his 1st time to Edibles and we love having him. Read his piece that started as a letter to Hamilton’s Lin Manuel Miranda and turned him into a Rap star.

Speaking of up-and-coming rap stars, young Turkish artist Ezhel has been arrested by a special task force in Istanbul for “promoting drug use” by rapping about cannabis in his songs. As we’ve mentioned in previous issues, Turkey has some of the harshest drug laws in the world, so facing 10 years in a Turkish prison when you’re supposed to be on the road touring with Wiz Khalifa has got to seem like one of the most unjust nightmares imaginable. Check out the hashtag #FreeEzhel to keep up with all the latest information concerning his case.

Our list this month is the 7 most medicated Songs about Cannabis and we’ve also got a Hip-Hop themed Cannabis Crossword Puzzle for you. Snap a pic of the crossword when you work it and post it on instagram with a tag to us @edibleslistmagazine with the hashtag #CannaCrossword and we’ll send you a special prize. By the way, I only just now started realizing how much they talk about CBD on the show “Ballers” on HBO. Very cool.

The Canna Mexico Summit was enlightening and fun. We met a lot of great people and got a look at what’s going on with cannabis, growing, and legalization in Mexico. Also — we visited the ancient Mexican pyramid city of Teotihuacan, the most fascinating place ever. There’s a write up about it in this issue, as well as the recipes and reviews, and a special Blazed Blerd Groovy Movie Review of Pacific Rim 2 from DJ Reid 420. There’s also a lot happening politically right now and some of it’s covered here. The STATES ACT in the US, and Bill C-45 in Canada, all the while this North Korea stuff is going on.. Things are happening and changing everywhere, all the time. There’s so much more coming throughout the summer, glad you’re here, stay with us. And remember – like Nate Dogg said on Dr. Dre’s song The Next Episode: “Smoke weed everyday!”